← Everybody do your LSD* today
Good story from Robert Lowell → 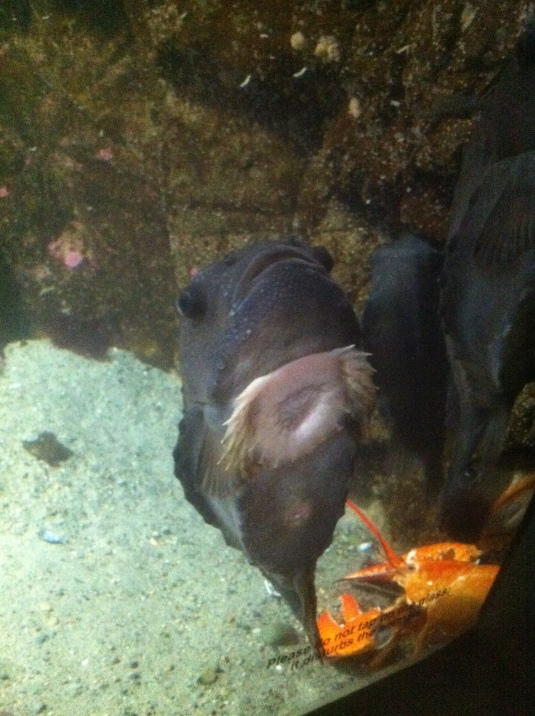 in a Sahara of snow now.

Its broken windows are boarded.

The bronze weathervane cod has lost half its scales.

The airy tanks are dry.

Once my nose crawled like a snail on the glass;

to burst the bubbles

drifting from the noses of the cowed, compliant fish.

My hand draws back.

I often sigh still for the dark downward and vegetating kingdom

of the fish and reptile.

shaking over the excavations, as it faces Colonel Shaw

and his bell-cheeked Negro infantry

propped by a plank splint against the garage’s earthquake.

Two months after marching through Boston,

half the regiment was dead; at the dedication,

in the city’s throat.

Its Colonel is as lean as a compass-needle.

He has an angry wrenlike vigilance,

he seems to wince at pleasure,