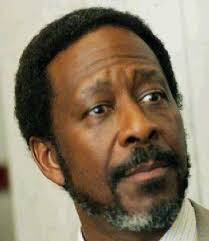 “An undecided creature in a paint-splattered robe”

“Paul may have the genius of a great painter, but he will never possess the genius actually to become one.  He despairs at even the smallest obstacle.”

That’s what Cezanne’s childhood buddy Emile Zola said about him.

Cezanne was sorta slouching toward law school back in Aix like his dad wanted him too.  Zola was having none of it:

Is painting only a whim that took possession of you when you were bored one fine day?  Is it only a pastime, a subject of conversation, a pretext for not working at law?  If this is the case, then I understand your conduct; you are right not to force the issue and make more trouble with your family.  But if painting is your vocation – and that is how I have always envisaged it – if you feel capable of achieving something after having worked well at it, then you are an enigma to me, a sphinx, someone indescribably impossible and obscure… Shall I tell you something?  But do not get angry: you lack strength of character.  You shy away from any form of effort, mental or practical.  Your paramount principle is to live and let live and to surrender to the vagaries of time and chance… Either one or the other – either become a proper lawyer, or become a serious painter, but do not become an undecided creature in a paint-splattered robe.

Shall I tell you something?  But do not get angry.  That’s terrific, Zola.

Cezanne got it together eventually.  Maybe he was inspired by his buddy Achille Emperaire:

Achille was a dwarf and a hunchback, also from Aix.  But he had the stones to go to Paris and hack away at painting.  Wikipedia:

Getting those Zola quotes from this book I bought at the Taschen store for $9.99.

Thanks for the good work, Ulrike Becks-Malorny!