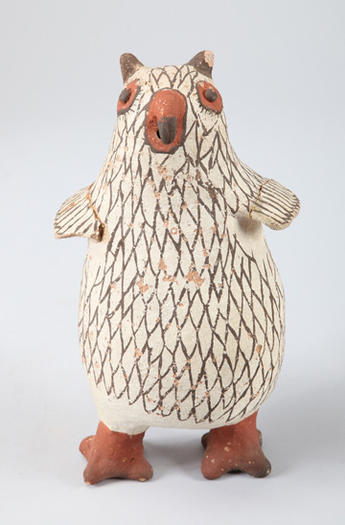 Man, if you go see an exhibit called “Four Centuries of Pueblo Pottery” at the Southwest Museum  legally all your property is forfeit to KCRW but I do like this picture.

Like most things involving the site, the show is fraught with uncertainty and controversy, none of it having to do with the artistry and cultural history on display. This will be insurance to most Helytimes readers, but: Janet Yellen apparently has a stamp collection, inherited from her mother, worth $15,000-$50,000.

Previous Helytimes coverage of the philatelic arts can be found here.

I am proud of this discovery.

In every way: content, style, it is perfectly, wonderfully flavorless.

I think if you pitched on boring websites for a long time you would not do better than this.

I’m building it up like this because I’m confident in it, in its boring beauty.

It keeps giving, all the way to the end, like a well-crafted work of art.

Reading this interview with Mark Normand, comedian I had not heard of, on Splitsider.

This got my attention:

It’s often said when starting in comedy, you’re doing someone else’s act. What was your style when you first started?

I hate to say it, I was Seinfeld all the way.

Not really “what’s the deal,” but like, rhythm, and that weird voice thing. I’d have jokes like, “Adult books? Get the movie!” It was so bad that I remember one time I walked on stage in New York and one guy went [Seinfeldbaseline], and it crushed me. It was like a stab in the heart, and after that I was like, “I have to change my ways!” It killed me.

How long did it take, then, to find the voice that you use now?

Phew, a while. It took a meltdown. I had a meltdown in New York at some open mic because I was bombing and bombing for like a year, and eventually I was like, “Fuck you, I can’t take this anymore!” It broke me. But it took that meltdown. And I was fighting against it in my head, like, “Just keep it together buddy, keep it together,” when something had to get out. Then I was finally myself, and that’s what did it.

What was the crowd’s reaction like when you had your meltdown? Were you just like, “Fuck you all?”

Yeah, yeah. I was like, “I’m fucking funny, I hate all of you.” And then they started laughing, like, “All right, this is the real you.” Because crowds don’t want the polish. They want a comic who’s the same guy on and off. That’s the best comics – like, Louis C.K., walking on the stage, doesn’t go, “All right, pick it up, here it comes.” He’s just the same. Even if you see a comic bombing, and he goes, “Well, this is awful,” that gets a laugh. Because that’s the first real thing he’s said.

That last line.  In my experience watching amateur/bad standup this is super true.  In all the best comedy interviews they eventually get to the weird paradox of how hard it is to be honest, how uncomfortable and painful and terrifying it is to find your actual honest self and present it.  The drunkest, dumbest audience in the world can distinguish fakery/honesty in about two seconds.

A long process of reconciling various yous, amazing when achieved.

That painting of commedia dell’Arte is by Karel Dujardin.  Here’s his self-portrait:

the young Dujardin went to Italy, and joined the Bentvueghels group of painters in Rome, among whom he was known as “Barba di Becco”, “goat-beard”, or Bokkebaart. Here he encountered his first artistic successes.

Don’t forget that the ocean is full of monsters

That guy is an ocean sunfish, photographed by the blogger off Great Point, Nantucket.  I was hunting for these guys:

That is a little tunny.  Cap’n didn’t think we’d enjoy eating it because “it has too much blood in its body.”  (? pseudosciene?  I dunno, look at my pants).  Wikipedia counters:

There are many ways to eat the Little Tunny, such as Tuna Salad. To do this, the fillets are first baked, then chilled and flaked, then mixed in with the salad. Removing the dark strips of meats that extend the length of each fillet helps to reduce the naturally fishy flavor.  Another way to prepare the Little Tunny is first to bleed it, barbecue it in foil, remove the meat from the bone, and then let it chill overnight. Various seasonings can be used to enhance the flavor. Fresh steaks can be quite good if seasoned with salt, pepper and lemon, and thinly sliced tunny makes good sashimi. It is commonly eaten as such in Japan.

Anyway, this guy lived to fight another day.

Here is another picture of an ocean sunfish, caught off Catalina Island right here in California by the famed big game hunter of East Africa, W. N. McMillan.  Photo is courtesy the Library of Congress.  Want to go see that photo in person?  You can’t because of the shutdown!

Curious about the character on the bottom right of the photograph.  A child or a little adult?