The Deaths Of Great Inventors

In this NYRB wrapup on the movies about Steve Jobs, Sue Halpern gets to talking about public expressions of grief at Jobs’ death:

Yet if the making of popular consumer goods was driving this outpouring of grief, then why hadn’t it happened before? Why didn’t people sob in the streets when George Eastman or Thomas Edison or Alexander Graham Bell died—especially since these men, unlike Steve Jobs, actually invented the cameras, electric lights, and telephones that became the ubiquitous and essential artifacts of modern life?

“Awww hell no!” I giddily squealed, aflame with the joy-fire of Internet Outrage.  I was good and hot because I knew I had this Sue Halpern in my crosshairs.  I’d just been reading, in Paul Johnson’s Birth Of The Modern, about the death of steamboat inventor Robert Fulton.

By then Fulton was dead, of a neglected cold which became pneumonia.  The day of his funeral, the legislature went into mourning, and the New York shops shut — they respected inventors in those days.

Johnson’s doing the reverse version of Sue Halpern: “they knew how to act in the old days” vs. “we’ve gotten so weird” but it’s the same conservative (right?) point: things used to be better, more appropriate, whatever.  It’s a point that I love getting mad about, because a quick inspection of the messy, insane past will usually prove it wrong.

“Ugh, Sue Halpern,” I thought, warm in smugness, “Don’t be such a presentist.  There’s nothing new under the sun, babe.  The style might be different, but they made a big show about the deaths of inventors (or maker/producer/facilitator whatever Jobs was) in the past, too.  Did you not know that at the conclusion of Alexander Graham Bell’s funeral they suspended phone service in all of North America in mourning?!  Did you not take two minutes to see if there’s footage on YouTube of people crowding the streets for Edison’s funeral?”

“Hell,” I thought, “when Edison died they preserved his last breath in a tube!”

Imagine my disappointment then when I got to work and discovered the NYRB had already dealt with this in a footnote:

When Bell died, every phone exchange in the United States was shut down for a moment of silence. When Edison died, President Hoover turned off the White House lights for a minute and encouraged others to do so as well.

Darn it, ruined a real satisfying chance for an “ACTUALLY.”  But I’m glad the whole thing happened because it got me reading about the death of George Eastman, founder of Kodak.  Here’s how he went out:

On March 14, 1932, Eastman invited some friends to witness a change of his will. After some joking and warm conversation, he asked them to leave so that he could write a note. Moments later, he shot himself once in the heart with an automatic pistol. The note found by the household staff read simply: “To my friends, My work is done–, Why wait?” When his casket was carried out of the Eastman House, the accompanying music was *Marche Romaine*.

That’s from this site related to the PBS American Experience about Eastman.  They go on:

If there is one thing that can be said about Eastman, it is that he was a rational man. Throughout his life, he sounded the same themes again and again — adventure, happiness and control, and the greatest of these was control. The early death of his father and his family’s subsequent poverty stamped him with an insatiable need for stability, which he found in bachelorhood and a financial empire and held close ever after. As far as he was concerned, there was no world beyond the one he could dominate. Even when he punctuated his labors with travel, his drive for order went with him in his compulsion to plan out every last detail of his itinerary. In this light, Eastman’s career can be seen as act of self-sacrifice. With one of his cameras in hand, it became possible to capture an instant of abandon, even happiness, and so we came to possess, as part of our human heritage, images of people smiling on adventures large and small. Of course, Eastman was often caught in camera in far-off locations as well, but in the end one fact is inescapable: one must look long and hard to find a picture of George Eastman smiling. In harnessing his impulses, he gave the world an experience that he never permitted himself. 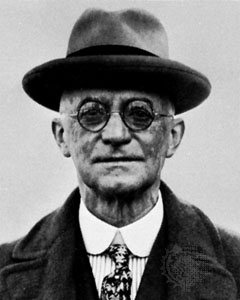 About Halpern’s original point tho: maybe there’s something to public expressions about Jobs’ death that have to do with what people use Apple products for: music, photos, videos, social media, personal expressions of themselves.

If we’re talking about the emotional meaning of Jobs, couldn’t we see him as the guy who did the most to take cold computers and turn them into facilitators of human connection and self-expression machines?  Isn’t that what all Apple ads end up being about, from the 1984 ad to the Think Different ones to this?:

In doing that, wasn’t Jobs not just a tech pioneer but a part of a social revolution?  Who more than Jobs made it as easy to be the star of your own movie and the spectator of everyone else’s?  Is that why we care about him?

And is caring about Jobs wildly exaggerated anyway except among Silicon Valley bros?  Nobody really saw the movie.