or more formally Prince Taiwo Olaniyi Wyewale-Toyeje Oyekale Osuntoki.  He received his nickname because he was the only surviving child from seven distinct sets of twins.

He came to the United States in the late 1980s and settled in the Philadelphia area, although he traveled abroad frequently. His life entered a turbulent period, filled with drinking and gambling, he said. Destitute, he found work as a parking-lot attendant for Material Culture, a large Philadelphia store that sells antiquities, furnishings and carpets.

When the owner learned that Prince Twins Seven-Seven was an artist, he had him decorate the store’s wrapping paper. Later, he was given a small room to use as a studio. 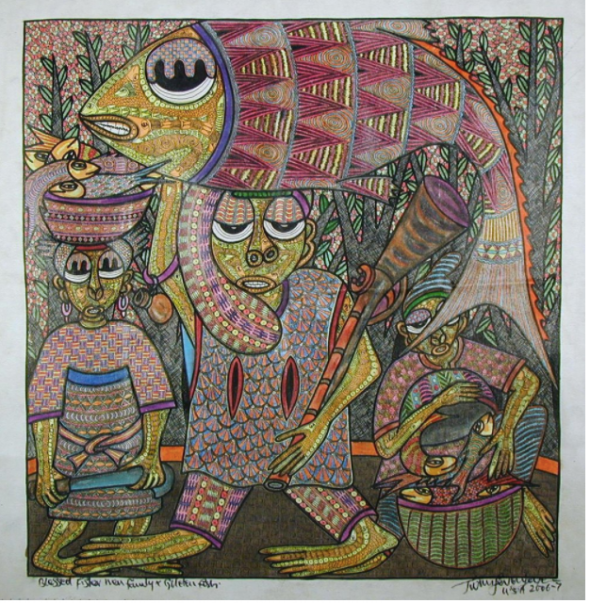