Have you abandoned your commitment to keeping us informed about public lands under Trump?  I’m baffled by the present situation and would like some help!

I get it, I’m sorry.  The truth is I myself am baffled by what’s happening.  I’ve been slowly informing myself by reading: 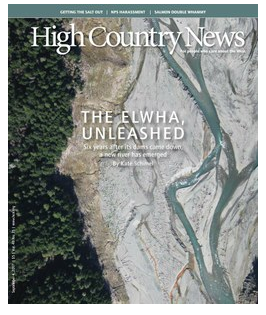 They’re doing such good reporting on these issues.   Also their classifieds are great:

This roundup of their stories on the latest developments is great:

Trying to make sense of the national monument review process is like trying to avoid stepping on a scorpion in the dark.
In other words, our government is making it really hard for the public to see what is going on.

Here’s what we know so far.

In April, President Trump signed an executive order instructing the Department of the Interior (DOI) to review whether 27 national monuments deserved continued protection.

From May to July, the public was allowed to submit comments about this review. All of you spoke up to defend our Mojave monuments! Nearly three million Americans joined you in submitting public comments, 98% of which were in favor of keeping or expanding protections.

August 24th, DOI Secretary Zinke submitted his recommendations to the White House…and refused to release them to the public.

Since then, the public has waited for any information. And our Desert Defenders have continued to raise our voices about why our monuments deserve continued protection!

This Sunday, The Washington Post published a leaked version of Secretary Zinke’s report. Although this was supposed to be the DOI’s finalized review, it was titled as a draft and only contained vague recommendations for ten monuments.

It would need further revision by Zinke to become a final report. There was no mention of the other 17 monuments officially under review, including Mojave Trails and Sand to Snow. Nor was there word on Castle Mountains, which Rep. Cook asked Secretary Zinke to cut, although it wasn’t part of the original review.

Ultimately, no monument was declared safe. And the report’s omission of 17 monuments leaves them open to untold threats down the line, like executive orders or management plan reviews.

What the leaked report does make clear is that the Trump administration is preparing for an unparalleled attack on protected public lands that could result in widespread loss of wildlife habitat and economic harm to local businesses.

Seems like — and this may shock some of you – the Trump administration is hindered in executing wrongheaded and malicious policies by stupidity, clumsiness, disorganization and lack of any clear ideas, principles or goals short of being obnoxious and servicing the interests of GOP donors!

Welp, on the plus side, reading High Country News and learning about the Mojave Desert Land Trust has given me faith that lots of good people who care passionately are fighting to steward public land in effective and intelligent ways.