In November 1882 a stock market crash put an abrupt stop to Gauguin’s double life as broker and artist.  The crash cost him and his friend Schuffenecker their jobs.  And it left Gauguin free to indulge the wayward life of a dandy to his heart’s content.  He had always longed for the bohemian existence that suddenly became available to him; but the snag was that now he had a family to care for, five children to feed, and a house.  None of this fitted in with the image of a drop-out adrift in the big city…

At any rate Mette, unable to share her husband’s euphoric view of art, went to stay with her parents in Denmark. 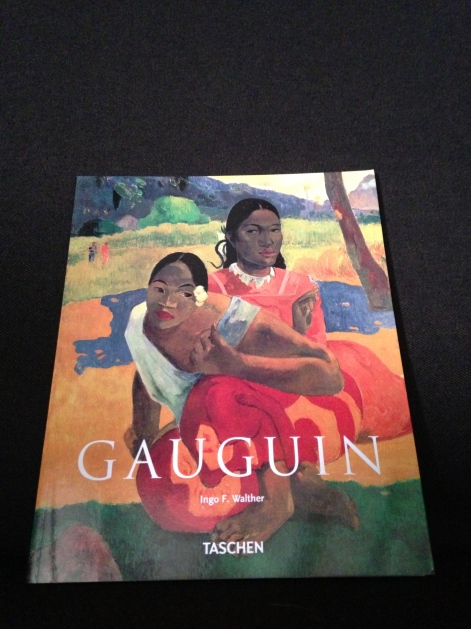 Used to be called “whore eggs.”

Possibly getting a slam in on his neighbor island, Nathaniel Philbrick claims in his Away Off Shore: Nantucket Island And Its People, 1602-1890:

Unlike some towns on Martha’s Vineyard, whose original settlers moved in a group form England only to continue a longstanding tradition of inbreeding (with serious genetic consequences, which included deafness and hermaphroditism), Nantucketers began with a fresh gene pool collected from towns throughout the [mainland] Merrimack Valley.

In 1854, when the island’s deaf population peaked, the United States national average was one deaf person in 5728, while on Martha’s Vineyard it was one in 155. In the town of Chilmark, which had the highest concentration of deaf people on the island, the average was 1 in 25; in a section of Chilmark called Squibnocket, as much as a quarter of the population of 60 was deaf.

The ancestry of most of the deaf population of Martha’s Vineyard can be traced back to a forested area in the south of England known as the Weald—specifically the part of the Weald in the county of Kent. Martha’s Vineyard Sign Language may be descended from a hypothesized sign language of that area in the 16th century, now referred to as Old Kent Sign Language. Families from a puritan community in the Kentish Weald emigrated to the Massachusetts Bay Colony area of the United States in the early 17th century, many of their descendants later settling on Martha’s Vineyard. The first deaf person known to have settled there was Jonathan Lambert, a carpenter and farmer, who moved there with his hearing wife in 1694. By 1710, the migration had virtually ceased, and the endogamous community that was created contained a high incidence of hereditary deafness that would persist for over 200 years.

The last deaf person born into the island’s sign language tradition, Katie West, died in 1952. A few elderly residents were able to recall MVSL as recently as the 1980s when research into the language began. Indeed, when Oliver Sacks subsequently visited the island after reading a book on the subject, he noted that a group of elderly islanders talking together dropped briefly into sign language then back into speech. The hermaphroditism seems like a touchier subject.  In looking into it I found this, from Walter Pitkin’s 1921 book Must We Fight Japan? 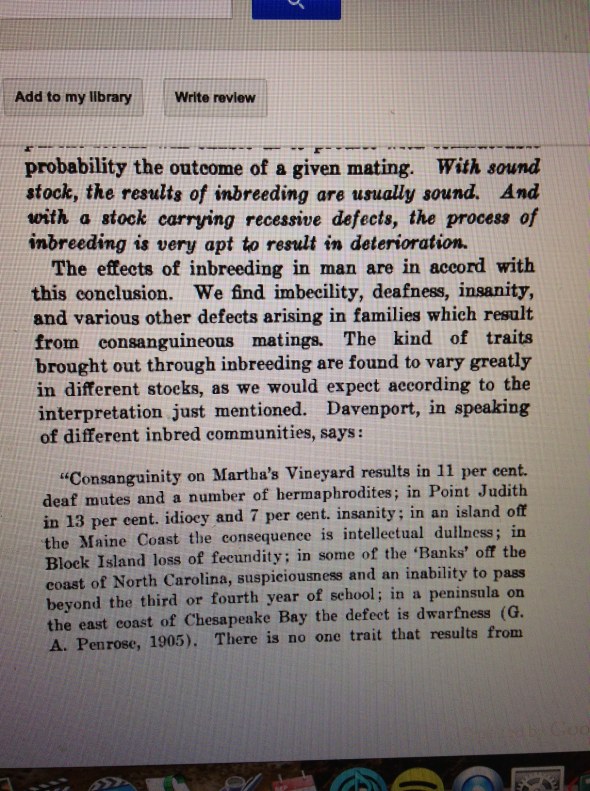 Anyway.  Walter Pitkin went on to write the bestselling nonfiction book of 1933, Life Begins At Forty.

From a quick image search for “Life Begins At Forty” Joseph C. Hart wrote a bestselling book of the 19th century, Miriam Coffin or The Whale-Fisherman (1835).  It was based, apparently, on real life Nantucket smuggler, war profiteer, and sharp-eyed businesswoman Kezia Coffin (ht Nathaniel Philbrick’s Away Off Shore: Nantucket Island And Its People, 1602-1890).

At the end of the novel, Miriam is instructed by her husband to literally go back to the kitchen where she belongs.

Hart also wrote a book called The Romance of Yachting, which Wikipedia describes “as a narrative of his travels to places that give him occasion for musings on a variety of topics.”

Herman Melville, who was apparently influenced by Miriam Coffin, did not care for this one.  Says Wiki:

Herman Melville scathingly described Hart’s book in his review as “an abortion” which “deserves to be burnt in a fire of asafetida, & by the hand that wrote it.”

Asafoetida is an interesting plant.  Wiki tells us it’s used as an antiflatulent in the Jammu region of India.

Penrod, an 11-year-old boy in a 1929 Booth Tarkington story set in the midwestern United States, suffers intensely for being forced to wear a bag of asafoetida on his neck and encounters a girl in the same condition.

You remember Penrod of course: I’ve always been enthusiastic about holes.

Mr. Ker­ry and Mr. Lavrov com­plet­ed the plan sit­ting by the pool at a Ge­neva ho­tel.

At the Unit­ed Na­tions, he was known for his elab­o­rate, seem­ing­ly ab­sent-mind­ed doo­dling dur­ing lengthy meet­ings but al­so for a com­mand of the is­sues.

“He was a great doo­dler, but his mind was al­ways spin­ning away,” said Charles A. Du­elfer, who was dep­uty head of the Unit­ed Na­tions’ weapons in­spec­tors pro­gram in Iraq in the 1990s and fre­quent­ly met with Mr. Lavrov at the Unit­ed Na­tions head­quar­ters in New York.

He can show flashes of an­ger. When a pho­tog­ra­ph­er asked Mr. Lavrov, Mr. Ker­ry and the spe­cial en­voy, Lakhdar Brahi­mi, to pose af­ter a meet­ing in Ge­neva, Mr. Lavrov said: “You don’t give us or­ders; you just cap­ture the mo­ment.”

The for­mer Aus­trian for­eign min­is­ter, Ur­sula Plass­nik, called Mr. Lavrov “one of the most knowl­edge­able and re­spect­ed for­eign pol­i­cy ac­tors in the glob­al vil­lage.” On her first visit to Moscow, she said, Mr. Lavrov was wait­ing for her out­side the leg­end­ary Café Pushkin with a bunch of yel­low ros­es.

Geor­gi I. Mirsky, a po­lit­i­cal sci­en­tist at the In­sti­tute of World Econ­omy and In­ter­na­tion­al Re­la­tions, said that the Syria plan was re­al­ly Mr. Putin’s but that Mr. Lavrov will get the credit.

“In his­to­ry text­books, it will be Lavrov and Ker­ry — Lavrov the great man, he saves Syria from Amer­i­can mil­i­tary strikes, and al­so saves Barack Oba­ma from a hu­mili­at­ing and em­bar­rass­ing sit­u­a­tion in the Con­gress,” Mr. Mirsky said. “He is a bu­reau­crat, he is a good dip­lo­mat. He knows the score. And he will nev­er ever say any­thing that will con­tra­dict the of­fi­cial line.”

Who is gonna read that boring ass history book?  Not me unless Margaret MacMillan writes it. Reading, as one does, about Robert Murray, once owner of the most shipping tonnage in New York, until he retired to a 29-acre farm on Manhattan which he called Inclenberg but everyone else called – and still calls – Murray Hill.

Mrs. Murray is sometimes credited with delaying the British as they pursued the haggard Continental army across Manhattan after being nearly destroyed at the Battle of Brooklyn.  Supposedly she offered them tea and cakes and her feminine charm.  David McCullough in 1776 counters: “she may have been extremely charming, but she was also a woman in her fifties and the mother of twelve children.”

In Murray Hill today is Sniffen Court, an alley off 36th Street built in 1863-4.  Here’s some good photos.

And this curious bit from Curbed:

Right on 36th Street, 1 Sniffen Court has been owned by the Amateur Comedy Club since 1884, and the building is registered as a legitimate theater. Additional research shows that the amateur theater group was a private one, operated strictly by and for the amusement of its own members and social circle with no public performances. The group dramatically broke their private character during World War I, when it became a dramatic theater company for the entertainment and benefit of military service members.

Here’s the Amateur Comedy Club website.  One hopes they provide welcome relief from the excessive professionalism of other comedy clubs.

A good article in Nature about temperamental herpetologist Edward Taylor:

There is a darker side to Taylor’s legacy, however. He was a racist curmudgeon beset by paranoia — possibly a result of his mysterious double life as a spy for the US government. He had amassed no shortage of enemies by the time he died in 1978. An obituary noted that he was, to many, “a veritable ogre—and woe to anyone who incurred his wrath”

“I named about 500 species,” he would later tell a reporter, “but I can’t always remember the names of my own children.” His wife, Hazel, could not bear his long absences, and they divorced in 1925.

Here’s one of his favorites, the Philippine parachute gecko:

This man, James Hazen Hyde, inherited the Equitable Life Insurance Company from his dad when he was 23.  The company had $400 million in assets.

A few years later he threw a crazy costume party.  J. P. Morgan and some other tricksters claimed he’d charged the party to the company, which I guess wasn’t true.  Hyde lost his job, and the tricksters got their  hands on the company themselves.

I hope he didn’t lose his good looks, though.