The first extant record of his life comes from the court of John of Bavaria at The Hague where, between 1422 and 1424, payments were made to Meyster Jan den malre (Master Jan the painter) who was then a court painter with the rank of valet de chambre, with at first one and then two assistants. 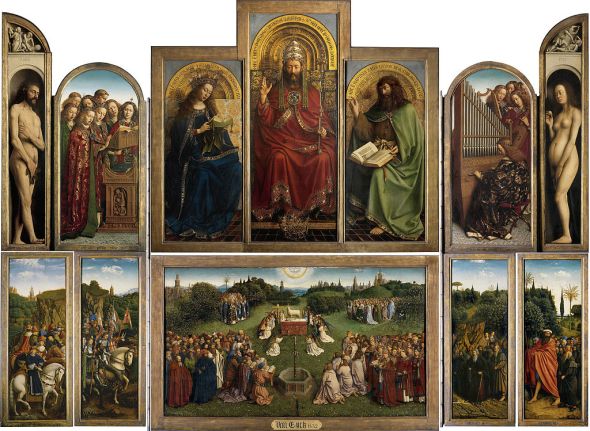 Did he have help from his older brother Hubert on this one?

The notes on his preparatory drawing for Portrait of Cardinal Niccolò Albergati are written in the Maasland dialect.

Maasland by Michiel1972 for Wikipedia

His motto, one of the first and still most distinctive signatures in art history, ALS IK KAN (“AS I CAN”), a pun on his name,

Van Eyck undertook a number of journeys on Philip the Duke of Burgundy’s behalf between 1426 and 1429, described in records as “secret” commissions, for which he was paid multiples of his annual salary. Their precise nature is still unknown, but they seem to involve his acting as envoy of the court. In 1426 he departed for “certain distant lands”, possibly to the Holy Land, a theory given weight by the topographical accuracy of Jerusalem in The Three Marys at the Tomb, a painting completed by members of his workshop c. 1440.

Though now some attribute this one to Hubert.  (I dunno, not astounded myself by the topographical accuracy here.)

A better documented commission was the journey to Lisbon along with a group intended to prepare the ground for the Duke’s wedding to Isabella of Portugal. Van Eyck’s was tasked with painting the bride, so that the Duke could visualise her before their marriage. Because Portugal was ridden with plague, their court was itinerant and the Dutch party met them at the out of the way castle of Avis. Van Eyck spent nine months there, returning to the Netherlands with Isabella as a bride to be; the couple married on Christmas Day of 1429. The princess was probably not particularly attractive, and that is exactly how Van Eyck conveyed her in the now lost portrait.

Here is a copy:

I was looking into Van Eyck because I was wondering, who did Hieronymous Bosch learn from? 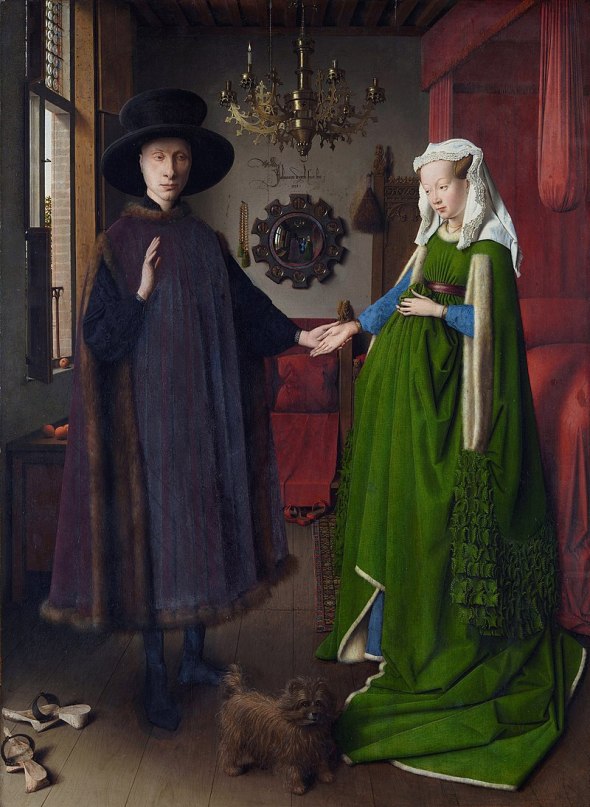 A visit to the San Diego Museum of Art

“What’re they gonna have at the San Diego Museum of Art?” I said, sneering.  “A statue of a fish taco?  An exhibit of craft IPA labels? A fluorescent Jeep Wrangler? A Tony Gwynn jersey?*” 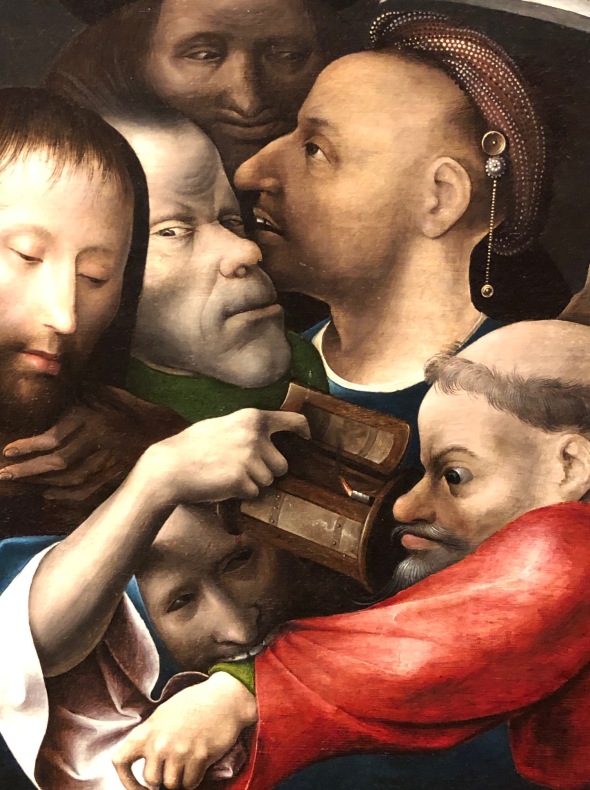 This had been my scoffer’s attitude.  But on the website of SDMA I learnt that they have a painting by Hieronymous Bosch, The Arrest of Christ.

Seeing a close to 500 year old painting by a weirdo master seemed worth a short Uber.

I was really impressed with SDMA!  Small, but packed with wonders.  Something good everywhere.  There was an exhibit of “Golden Age of Spain” art that I didn’t even bother with.  (Usually I find I like the art that came right before the golden age?)

The wall placard attributes Christ Arrested to the Workshop of Hieronymous Bosch, not Bosch himself.  And how about Madonna of the Roses, by Pseudo-Pier Francesco Fiorentino?

Or Portrait of a Man by an unknown Flemish artist (once attributed to Hans Memling):

Goya, You Who Cannot.  (They must have a bunch more Goyas in storage).

Thomas Hart Benton, After Many Days.

Giotto, God The Father with Angels. 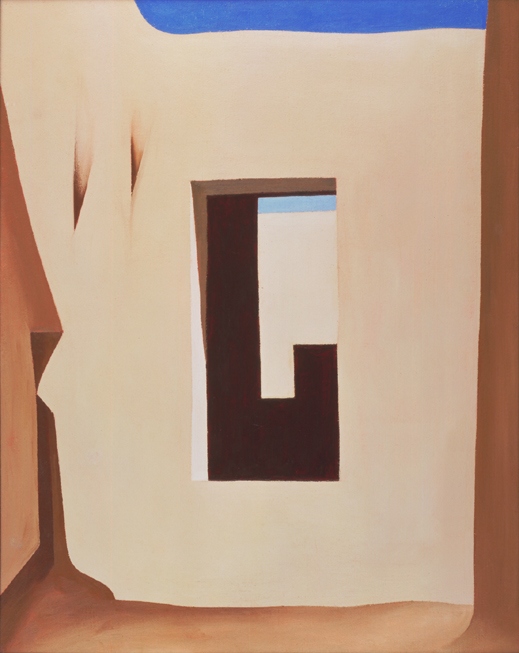 In The Patio by Georgia O’Keefe.

Anyway.  This was all a nice break from Comic-Con.

At Comic-Con I heard that the X-Men are coming back.

* cheers to Jeff K. for this last punchline.

Hearing the song Brimful of Asha by Cornershop in the film Under The Silver Lake (enjoyed!) got me reading up on the meanings of the song.

This song is based on the history of film culture in India. Since their beginnings, Indian films have relied heavily on song and dance numbers. The singing is almost always performed by background singers while the actors and actresses lip sync. Asha Bhosle is a playback singer who has sung over 12,000 songs and is referred to as “Sadi rani” (Punjabi for “our queen”) at one point in the lyrics 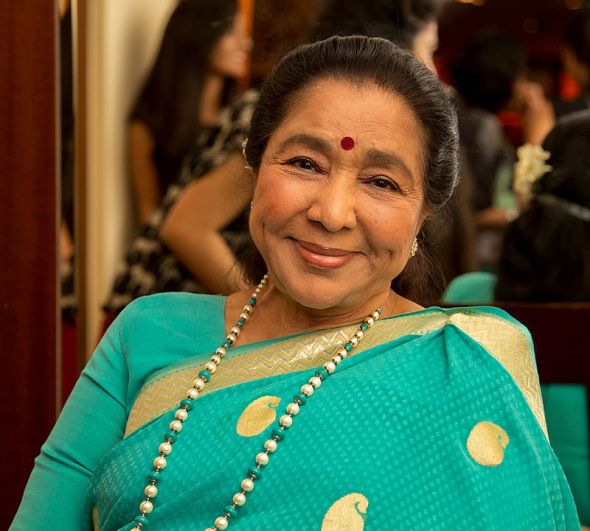 Claiming a vaudeville / DJ name for possible future use 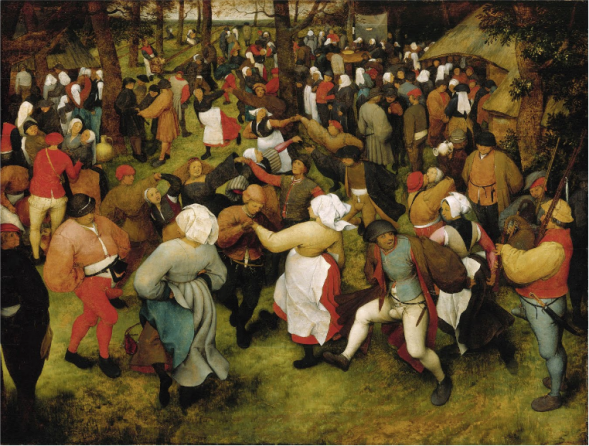 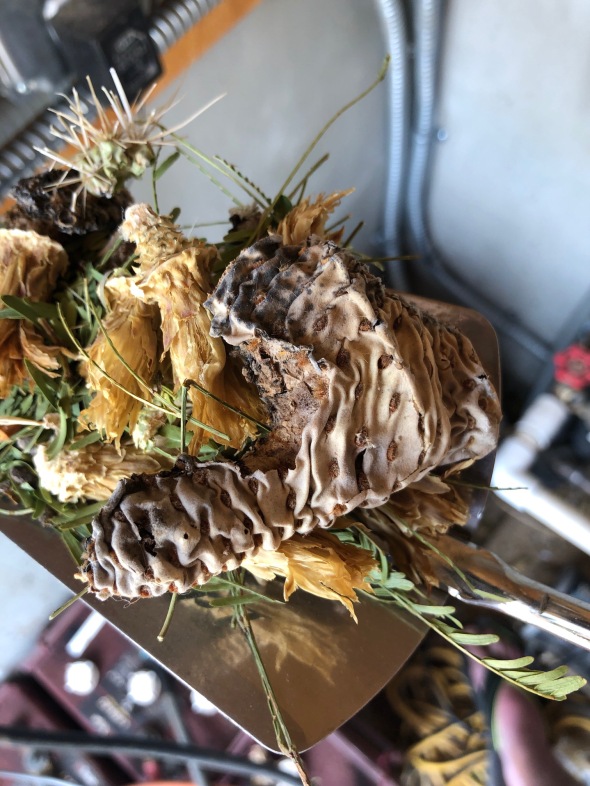 is this a good photo?

was trying to capture the stark steepness of the street across the lake, and the special but unrelenting quality of afternoon sun in LA, and also how LA can look very lush and inviting while also having a kind of washed down, contained, prison-like aspect.

Thought this Vox piece about Antelope Canyon by Rebecca Jacobs was insightful on the meanings of photography in Instagram Age. 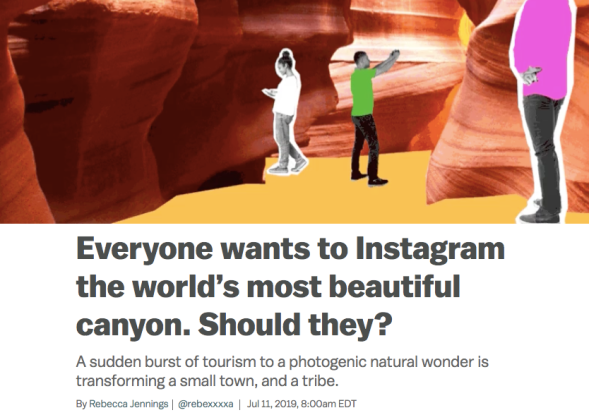 What’s the meaning of a tour where they tell you how to photograph it?

first see the rocks early the next morning with a tour group, which is the only way you are allowed to visit them. Before our guide tells us his name, which we find out is Anthony, he asks us the most crucial question of the day: “Do you all have iPhones?”

Anthony instructs all of us except the kid with the Samsung to open our camera apps, click the icon in the top right corner, and swipe to a setting called “Vivid Warm.”

up in Canada. I’d tell you the name of the restaurant but you’d think it was a joke. 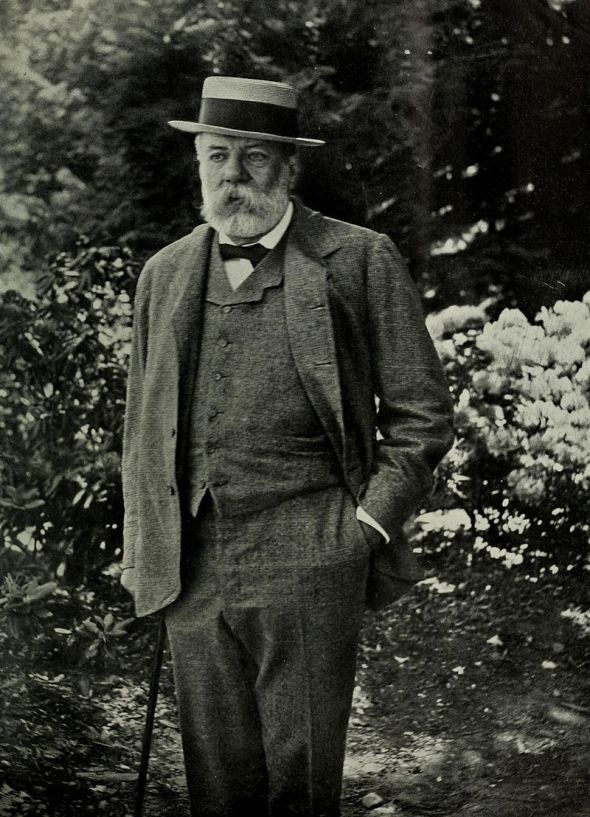 and as long as we’re reading about the great botanists of 19th century Boston, grave goals:

When you are at Craig’s you are on the Arkansas Pie Trail: 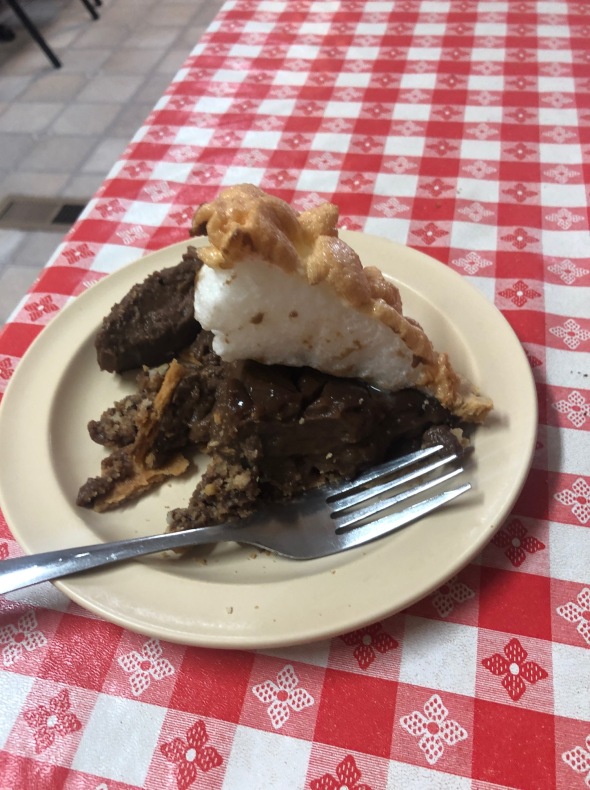