Inevitably, a ruler lived spider-like at the centre of a huge web of activities, surrounded by an army of clerks, cleaners, attendants, cooks, porters, messengers, carters, valets, maintenance workers, engineers, and so forth.

(so said the historian Ian Mabbett, writing about “Kingship in Angkor” for The Journal of the Siam Society, reported to me by the great Michael Coe in his book Angkor And The Khmer Civilization.)

A teen or pre-teen with chapped lips.

(picture from wikipedia of “homemade lip-balms”)

from the age of five the [Kingsley] Amis children were allowed to smoke a cigarette on Christmas Day.

(from the great John Lanchester, here) 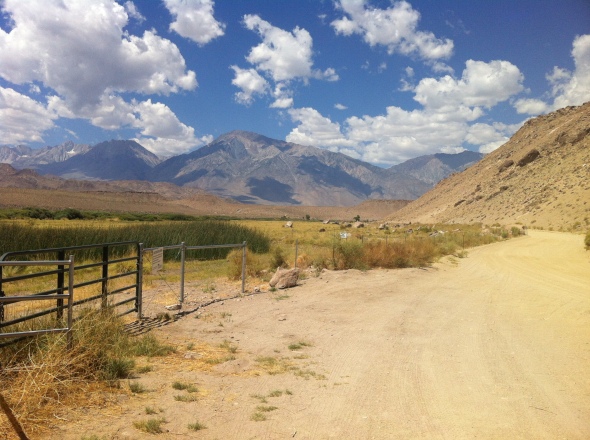 Beware The Rise Of China!

is a truly fascinating writer.

While everyone is looking at the polls and the storm, Romney’s slipping into the presidency. He’s quietly rising, and he’s been rising for a while.

There is no denying the Republicans have the passion now, the enthusiasm. The Democrats do not. Independents are breaking for Romney. And there’s the thing about the yard signs. In Florida a few weeks ago I saw Romney signs, not Obama ones. From Ohio I hear the same. From tony Northwest Washington, D.C., I hear the same.

Is it possible this whole thing is playing out before our eyes and we’re not really noticing because we’re too busy looking at data on paper instead of what’s in front of us? Maybe that’s the real distortion of the polls this year: They left us discounting the world around us.

but she is the only political columnist I am excited to read every week.

I think the secret is that she is the best at writing.  she is hypnotic and confident and compelling.

AVC: A lot of comedians nowadays are very open about their past, and discuss some darkness that drew them to comedy. For some, comedy comes from a place of insecurity and anxiety, very heavy stuff. What’s your take on that? What was there at the very beginning that drove you to comedy? Was it dark?

MB: That’s a good question, about what was the determining factor. What ignited the rocket that sent you up into the vast regions of comedy, and why? I would say, for me, that philosophical treatise about having black beginnings and wanting love to compensate for that, wanting audiences and wanting attention—I say, “Au contraire.” Completely opposite. I want the continuation of my mother’s incredible love and attention to me. I was the baby boy. There were four boys. I was 2 years old when my father died, and my mother had to raise four boys. She must be in heaven, because in those days you washed clothes, you washed diapers. There was no income, and she had to take in home work. My Aunt Sadie brought her work that made these bathing suits and stuff, and ladies’ dresses. And my mother would sometimes do bathing-suit sashes all night. She got $5 or $6, and it was a lot. She could feed us, you know? But certainly she’d feed four boys for that day. It was amazing. But she loved me a lot. I don’t think I learned to walk until I was 5, because she always held me. [Laughs.] She’d say, “You can do anything, good or bad. You’re the best kid.” So I say, “Au contraire.” I think my surge forward into show business and getting audiences to love me was to continue gathering that affection and that love. It’s the opposite of a dark place. I came from a lovely, sunny place. Even though we were poor, you don’t know it. When you’re a kid, you don’t know it. I love franks and beans. I wouldn’t have eaten anything else! I didn’t know that was poor people’s food. [Laughs.] I didn’t know there was such a thing as steak. I knew there were French fries. There was chicken. Things were good.

My mother used to make [lunch for me] when I played with the kids in the street. She’d slice a Kaiser roll and fill it with tomatoes and butter on both sides, salt and pepper. And she’d put it in a brown paper bag and throw it down, and I’d catch it. I’d sit on the curb with Benny and Lenny and whoever, I had my lunch, and I loved it. It couldn’t have been anything better. Except one day I missed. And the brown paper bag, which held the Kaiser roll with all the tomatoes, the sliced tomatoes, and butter, and salt and pepper, smashed on the sidewalk. [Laughs.] So I just carefully peeled it away, peeled the brown paper bag away from it, and held it, and ate it. I began crying, because it was the best thing I had ever eaten in my life. The butter and the tomato had penetrated every crevice of that Kaiser roll. To this day, there will be nothing better. Paul Revere was riding to warn the good people of Massachusetts that the government was coming to take their ammunition.

from this article on the CBC, ht Tyler Cowen.

All my Christmas shopping is done!

for my nieces and nephews. 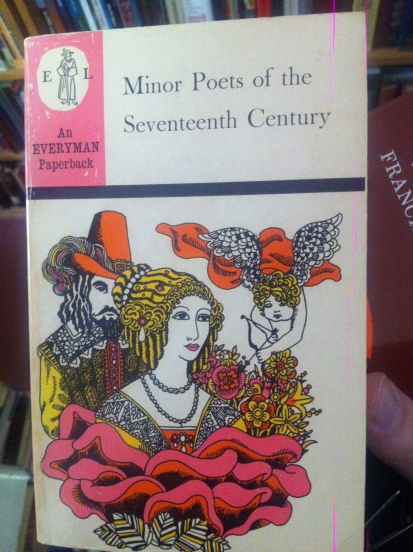 When he’s a little older he can move on to majors. 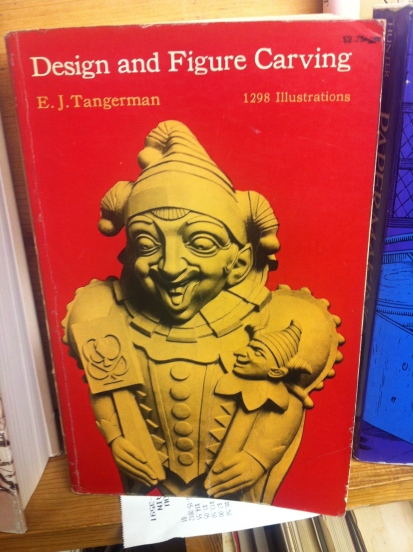 Little Jamie has a real curiosity about the world.   He will enjoy his book: 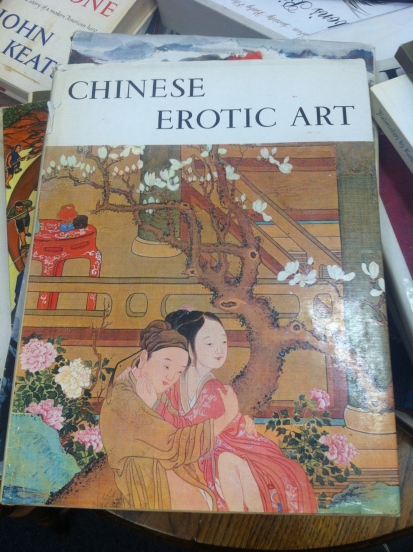 from this AP article, ht David Grann.  The scene is a barricaded first grade classroom:

One student claimed to know karate. “It’s OK. I’ll lead the way out,” the student said. The artist Paul de Longpre settled in Hollywood in 1889.  On arriving in Hollywood, he had traded three flower paintings for three acres of land near what is now the corner of Hollywood Boulevard and Cahuenga.

– so says Carey McWilliams in Southern California: An Island on the Land

“You can’t help but say hats off to them”

When I read Abigail’s letters, I wonder how she ever hat time to write them.  She was raising a family with four children, running the farm without her husband there; it was nip and tuck whether she could make a go of it financially; she had sickness to contend with, plagues, waves of smallpox and epidemic dysentery that swept through Braintree.  How did John Adams have time to write his letters and keep the diaries?  If they’d done nothing else, you’d say to yourself, how did they do it?  And remember, they were writing by candlelight with a quill pen, they probably had their teeth hurting because there was no dentistry as we know it.  They were probably getting over some recent attack of jaundice or whatever else was epidemic at the time.  It’s very humbling.  You can’t help but say hats off to them.

My feeling about this weirdly inflated village in which I had come to make my home (haunted by memories of a boyhood spent in the beautiful mountain parks, the timberline country, of northwestern Colorado), suddenly changed after I had lived in Los Angeles for seven long years of exile. I have never been able to discover any apparent reason for this swift and startling conversion, but I do associate it with a particular occasion.

I had spent an extremely active evening in Hollywood and had been deposited toward morning, by some kind soul, in a room at the Biltmore Hotel. Emerging next day from the hotel into the painfully bright sunlight, I started the rocky pilgrimage through Pershing Square to my office in a state of miserable decrepitude. In front of the hotel newsboys were shouting the headlines of the hour: an awful trunk-murder had just been committed; Aimee Semple McPherson had once again stood the town on its ear by some spectacular caper; a University of Southern California football star had been caught robbing a bank; a love-mart had been discovered in the Los Feliz Hills; a motion-picture producer had just wired the Egyptian government a fancy offer for permission to illuminate the pyramids to advertise a forthcoming production; and, in the intervals between these revelations, there was news about another prophet, fresh from the desert, who had predicted the doom of the city, a prediction for which I was morbidly grateful.

In the center of the park, a little self-conscious of my evening clothes, I stopped to watch a typical Pershing Square divertissement: an aged and frowsy blonde, skirts held high above her knees, cheered by a crowd of grimacing and leering old goats, was singing a gospel hymn as she danced gaily around the fountain.

Then it suddenly occurred to me that, in all the world, there neither was nor would ever be another place like this City of the Angels. Here the American people were erupting, like lava from a volcano; here, indeed, was the place for me – a ringside seat at the circus.

The picture, by Christinne Muschi, is appropriately grim:

He looked natural on a horse.

That might be one way.  Gets the point across.  But, just in case, let’s try another way:

The boy who rode on slightly before him sat a horse not only as if he’d been born to it which he was but as if were he begot by malice or mischance into some queer land where horses never were he would have found them anyway.  Would have known that there was something missing for the world to be right or he right in it and would have set forth to wander wherever it was needed for as long as it took until he came upon one and he would have known that that was what he sought and it would have been. 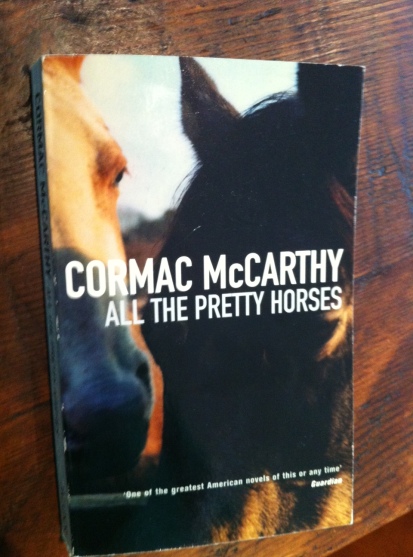 a little too casual for me On the city’s police website, spokesman Jonah Spangenthal-Lee said: “The department’s going to give you a generous grace period to help you adjust to this brave, new, and maybe kinda stoned world we live in.”

He added: “The police department believes that, under state law, you may responsibly get baked, order some pizzas and enjoy a Lord of the Rings marathon in the privacy of your own home, if you want to.”

The department also posted a picture of actor Jeff Bridges as the cannabis-smoking character “The Dude” from the comedy film “The Big Lebowski”.

Encouraging indoor cannabis smoking, it carried the caption: “The Dude abides, and says, ‘take it inside!”

from here. the UK’s Telegraph, where you can also learn about: