our Chicago correspondent sends us this find: 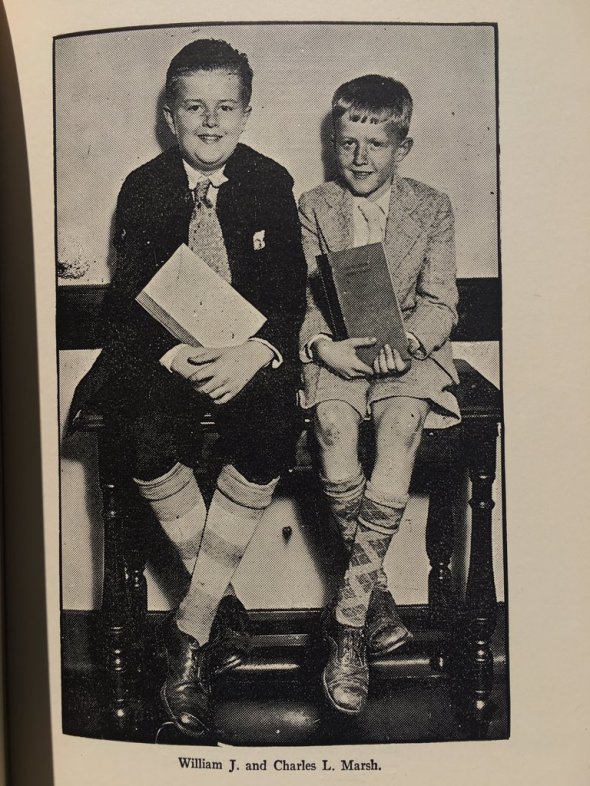 from this New Yorker article by Michael Pollan about psilocybin:

Carhart-Harris doesn’t romanticize psychedelics, and he has little patience for the sort of “magical thinking” and “metaphysics” they promote. In his view, the forms of consciousness that psychedelics unleash are regressions to a more “primitive style of cognition.” Following Freud, he says that the mystical experience—whatever its source—returns us to the psychological condition of the infant, who has yet to develop a sense of himself as a bounded individual. The pinnacle of human development is the achievement of the ego, which imposes order on the anarchy of a primitive mind buffeted by magical thinking. (The developmental psychologist Alison Gopnik has speculated that the way young children perceive the world has much in common with the psychedelic experience. As she puts it, “They’re basically tripping all the time.”)

This article gives a lot of ammo to hippies:

He said that the N.I.M.H would need to see “a path to development” and suspects that “it would be very difficult to get a pharmaceutical company interested in developing this drug, since it cannot be patented.” It’s also unlikely that Big Pharma would have any interest in a drug that is administered only once or twice in the course of treatment. “There’s not a lot of money here when you can be cured with one session,” Bossis pointed out.

Interesting talking about psychoactive drugs in medicine: pretty fast you hit the boundaries of science:

PATIENT: What does this drug do?

DOCTOR: Well, medically, nothing, but it might… make you feel like your ego died and you’ve come into harmony with the great spirit of the cosmos?

We’re at the limit of medicine here, crossing over to religion or at least social anthropology.

If you’re taking mushrooms in a lab in a New York hospital, under medical supervision, that’s gonna affect your experience.  If you take them after traveling to southern Mexico, in the house of a curandera, and you’re open to the idea that a curandera might have some kind of power, you’re gonna have another kind of experience:

In 1955, after years spent chasing down reports of the clandestine use of magic mushrooms among indigenous Mexicans, Wasson was introduced to them by María Sabina, a curandera—a healer, or shaman—in southern Mexico. Wasson’s awed first-person account of his psychedelic journey during a nocturnal mushroom ceremony inspired several scientists, including Timothy Leary, a well-regarded psychologist doing personality research at Harvard, to take up the study of psilocybin. After trying magic mushrooms in Cuernavaca, in 1960, Leary conceived the Harvard Psilocybin Project, to study the therapeutic potential of hallucinogens. His involvement with LSD came a few years later.

In the wake of Wasson’s research, Albert Hofmann experimented with magic mushrooms in 1957. “Thirty minutes after my taking the mushrooms, the exterior world began to undergo a strange transformation,” he wrote. “Everything assumed a Mexican character.”

(would they have assumed a “Mexican character” if Hofmann thought they came from Cambodia?)

If you get mushrooms from your college buddy, and the point is to clown around in the park, you’re gonna have another kind of experience.  If you’re a true hippie open to the idea that mushroom spores traveled to Earth as a kind of message from some distant galaxy, that’s gonna affect your experience.

What about this context?:

In a double-blind experiment, twenty divinity students received a capsule of white powder right before a Good Friday service at Marsh Chapel, on the Boston University campus; ten contained psilocybin, ten an active placebo (nicotinic acid). Eight of the ten students receiving psilocybin reported a mystical experience, while only one in the control group experienced a feeling of “sacredness” and a “sense of peace.” (Telling the subjects apart was not difficult, rendering the double-blind a somewhat hollow conceit: those on the placebo sat sedately in their pews while the others lay down or wandered around the chapel, muttering things like “God is everywhere” and “Oh, the glory!”) Pahnke concluded that the experiences of eight who received the psilocybin were “indistinguishable from, if not identical with,” the classic mystical experiences reported in the literature by William James, Walter Stace, and others.

That ain’t exactly laboratory conditions – there’s lots going on here.  I get that there’s a double-blind, but do you measure: who cared more about Good Friday going in?  Who was further along on some kind of spiritual journey?

My own thinking on this much affected by ideas of Helytimes favorite Wade Davis.  Got more interested re: ayahuasca.  It’s one thing to take ayahuasca at a rented house in Malibu.  Another thing to go to the Amazon, where your surroundings are halfway a hallucination before you drink a thing.  Big difference how you feel here: 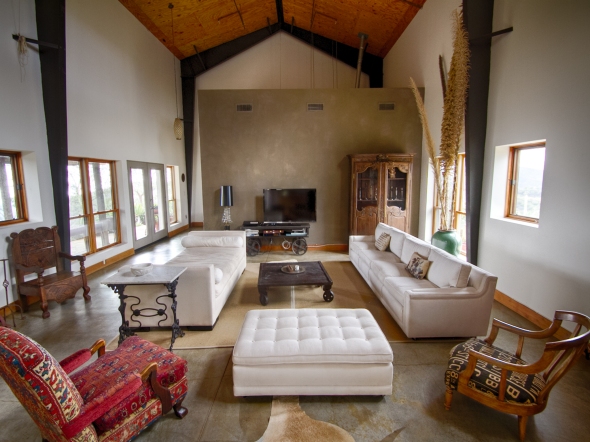 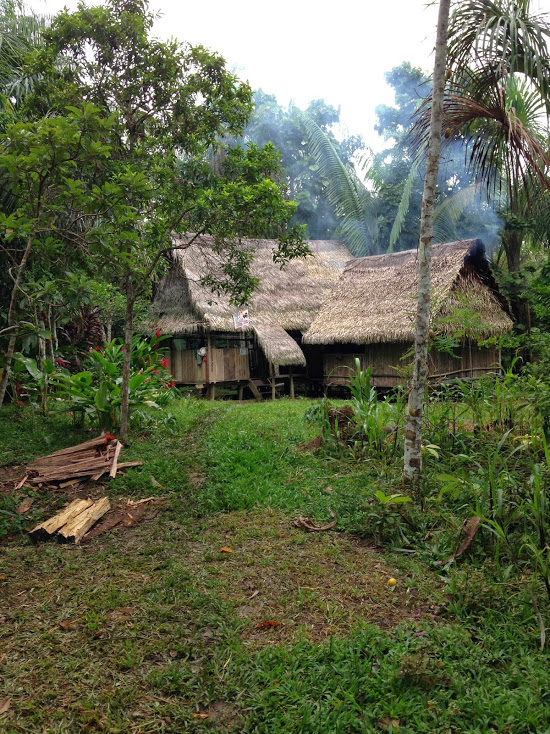 Old advisor at college, a wonderful eccentric woman, used to say she thought all pre-meds should be anthropology majors.

Esther [Judy Garland] finally gets to meet John properly when he is a guest at the Smiths’ house party, although her chances of romancing him don’t go to plan when, after all the guests are gone and he is helping her turn off the gas lamps throughout the house, he tells her she uses the same perfume as his grandmother and that she has “a mighty strong grip for a girl”…

At the ball, Esther fills up a visiting girl’s (Lucille Ballard, played by June Lockhart) dance card with losers because she thinks Lucille is a rival of Rose’s. But when Lucille turns out to be interested in Lon, Esther switches her dance card with Lucille’s and instead dances herself with the clumsy and awkward partners. After being rescued by Grandpa, she is overwhelmed when John unexpectedly turns up after somehow managing to obtain a tuxedo, and the pair dance together for the rest of the evening. Later on, John proposes to Esther and she accepts.

Esther returns home to an upset Tootie. She is soothed by the poignant “Have Yourself a Merry Little Christmas.” Tootie, however, becomes more upset at the prospect of the family’s move and runs downstairs, out into the cold to destroy the snowmen they have made. Mr. Smith sees his daughter’s upsetting outburst from an upstairs window.

Remember to let your kids smoke a cigarette.

from the age of five the [Kingsley] Amis children were allowed to smoke a cigarette on Christmas Day.

(from the great John Lanchester, here)

How to talk to children?

At The Hairpin they have an interview with John Steinbeck’s son, re: a letter the dad sent the son that was at Letters of Note recently.  Here’s an excerpt:

One of the things my father had going for himself is he talked to children like he talked to adults. Kids loved my father, because he didn’t talk down to them. They asked him a question, he gave a serious answer, he treated them as serious human beings.

My mom did the same thing, when I was young. She used to talk to me, even before I could talk, like I was an adult. I think that’s the right way to go about it.

I think so, too, especially if you expect your children to talk like adults. It’s really quite amazing what children will absorb if you give them the benefit of the doubt to understand that the intelligence is there. They may not be able to verbalize themselves completely, but comprehension is there.

And if you feel that someone is taking your question seriously, you’ll take the answer seriously, even if you don’t quite understand it all.

I’ve been really appreciating the lively conversation all 12,000-odd of you have been generating in the comments.  If you know how to talk to children please discuss.

Well what do you think it is about this letter that resonated with so many people, though? I mean, it was all across the internet, everyone was passing it along.

You can’t trust the internet for that, they’d pass along a car accident if they thought it was amusing!

(photo: “[Girl next to barn with chicken]” from the Library of Congress.)