The goal: being in power

Baffled by politics in the last four years or so, I’ve been thinking quite a bit about this Bagehot column in The Economist from 21 Dec 2019.

It’s probably behind a paywall for non-subscribers, but I’ll try and give the jist.  In the 20th and (so far) 21st centuries the Conservatives have been in power for longer than any other party.  Why?

It’s because the Conservative Party views their job as being in power.  That’s it.  That’s their meaning and their purpose.  The Conservative Party is not guided by any principles or beliefs or philosophies.  It may pretend to be, individual members may be, that might be part of the whole stew, but the job of the party is to be in power.

Evelyn Waugh once complained that the Tories had never succeeded in turning the clock back for a single minute. But this is exactly why they have been so successful. The party has demonstrated a genius for anticipating what Harold Macmillan once called “the winds of change”, and harnessing those winds to its own purposes.

They keep their eyes on the mission:

The Conservatives have always been quick to dump people or principles when they become obstacles to the successful pursuit of power. Theresa May immediately sacked her two chief advisers, Fiona Hill and Nick Timothy, after the party’s poor performance in 2017, whereas Jeremy Corbyn is still clinging on to Karie Murphy and Seumas Milne after Labour’s devastating failure last week.

Mr. Johnson keeps with this tradition:

He succeeded in this where Mrs May failed because he possessed the other great Tory weapons. He has been willing to sacrifice anything in the pursuit of office. Beneath the bumbling exterior lies a ruthless, power-seeking machine. His withdrawal of the whip from 21 colleagues (some of them close friends) in September made Macmillan’s “night of the long knives” in 1962 look tame.

When I try to think about American politics, it helps to imagine that the Republican Party understands its job: getting power, keeping power, staying in power.  The issues are irrelevant as long as they serve this goal.  That’s why various attacks about the absolute hypocrisy of “pro life”ideas, or pretend deficit hawkishness, or “small government” –> enormous bailouts whenever necessary, etc etc just don’t stick or have any meaning.  You’re falling for the game if you fall for that.

Now, what the point of the Democratic Party is I’m not sure.  It might be “losing nobly,” or something, as evidenced by the career of this longtime Democratic operative and summed up by this speech.  Or maybe it’s “not appearing too extreme.”  Or “making people feel ok about themselves.”  In any case, it’s not as focused a mission, and it’s not gonna be as successful until it gets figured out.

Horwitt says that, when Alinsky would ask new students why they wanted to organize, they would invariably respond with selfless bromides about wanting to help others. Alinsky would then scream back at them that there was a one-word answer: “You want to organize for power!“

Officials in the Venetian-controlled port city of Ragusa (now Dubrovnik, Croatia) passed a law establishing trentino, or a 30-day period of isolation for ships arriving from plague-affected areas. No one from Ragusa was allowed to visit those ships under trentino, and if someone broke the law, they too would be isolated for the mandatory 30 days. The law caught on. Over the next 80 years, Marseilles, Pisa, and various other cities adopted similar measures.

Within a century, cities extended the isolation period from 30 to 40 days, and the term changed from trentino to quarantino—the root of the English word quarantine that we use today.

It took me this long to lock into some good habits and practices.  The first weeks were decadent and messy.  A key rule for me: must something positive before I’m allowed to pick up at my phone and chug horrific news and takes.

Some changes and observations from Hunker Down Times:

In the Italian province of Taranto, Apulia, the bite of a locally common type of wolf spider, named “tarantula” after the region, was popularly believed to be highly venomous and to lead to a hysterical condition known as tarantism. This became known as the Tarantella. R. Lowe Thompson proposed that the dance is a survival from a “Dianic or Dionysiac cult”, driven underground. John Compton later proposed that the Roman Senate had suppressed these ancient Bacchanalian rites. In 186 BC the tarantella went underground, reappearing under the guise of emergency therapy for bite victims.

What was going on with the dancing plague of 1518? 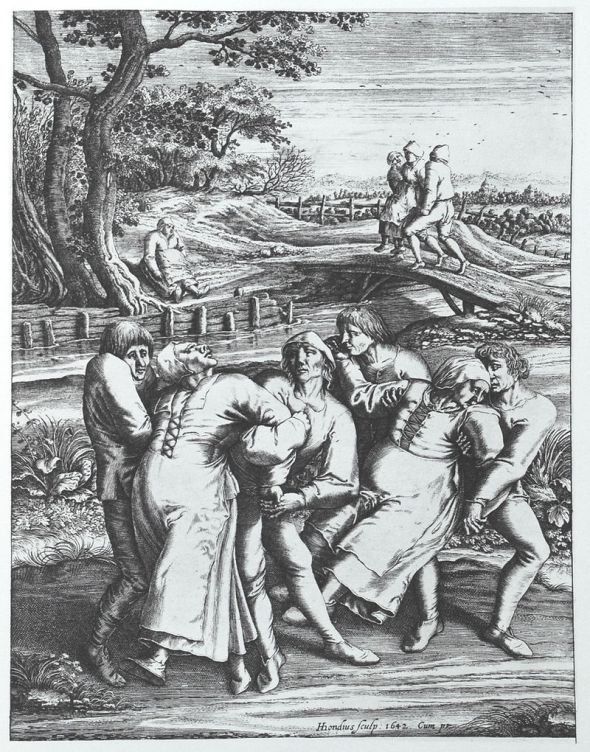 When I read about it it sounds like maybe we’re misunderstanding anti-dance party propaganda?

Bruegel was a good dance painter: 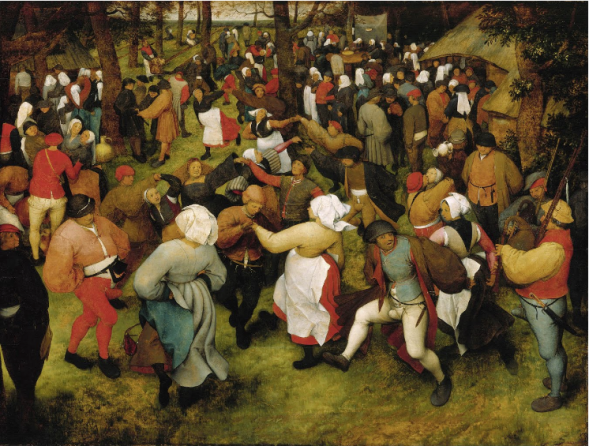 I hope in the years to come everyone will be able to take pride in how they responded to this challenge.

And those who come after us will say the Britons of this generation were as strong as any.

That the attributes of self-discipline, of quiet good-humoured resolve and of fellow-feeling still characterise this country.

The pride in who we are is not a part of our past, it defines our present and our future.

I like when leaders comprehend that tone, cheer, humor, is part of the job.  All the greats knew that.  If your guy has a nasty, sarcastic, unpleasant tone, you’ve got the wrong guy. 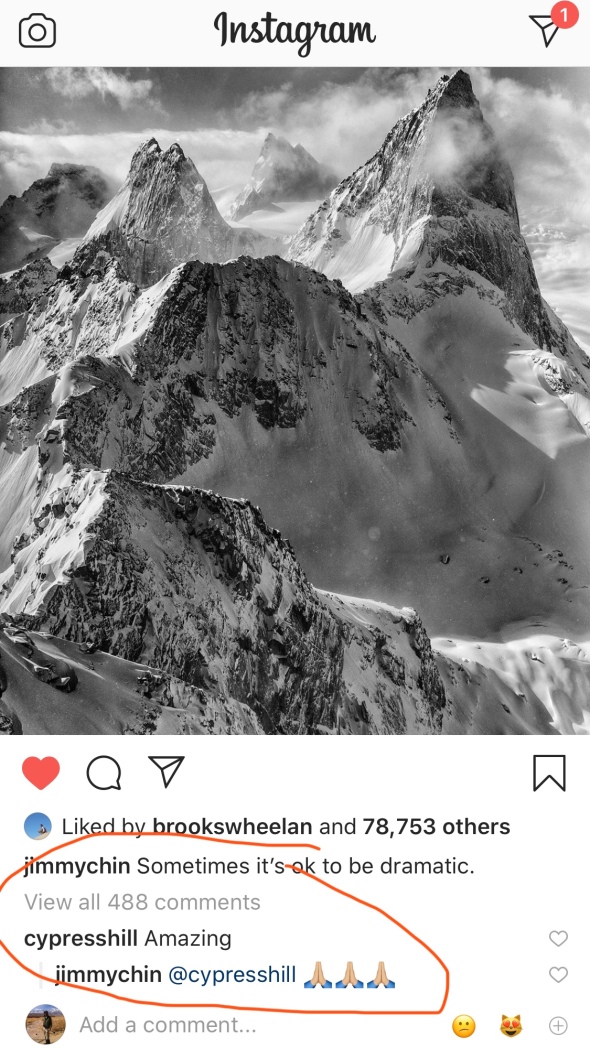 Hope all Helytimes readers are keeping it chill.

Fire In The Lake 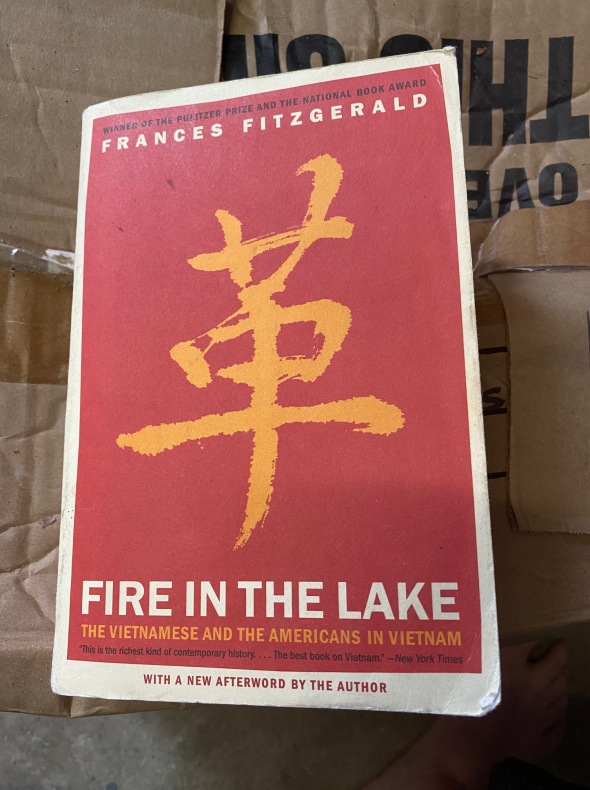 The photos of refrigerated trucks ready for bodies in New York City reminded me of this memorable passage in Fire In The Lake by Frances Fitzgerald: 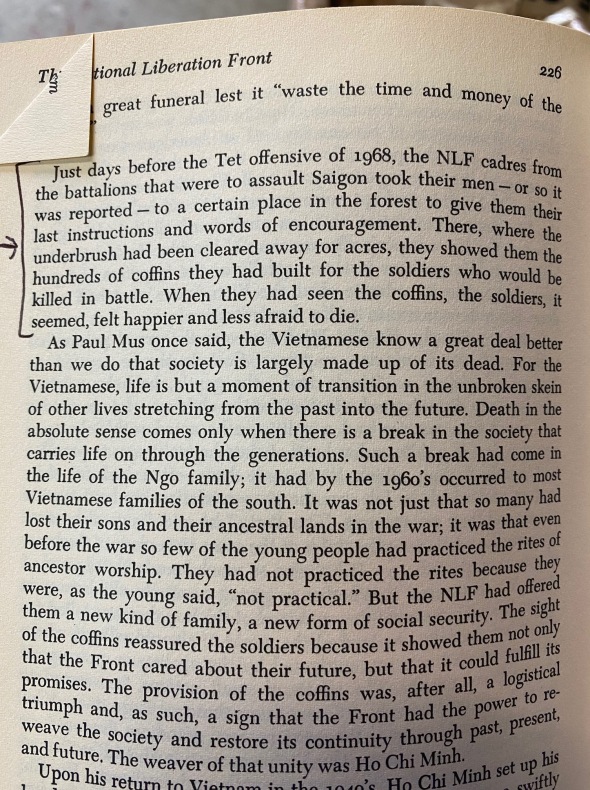 The sight of the coffins reassured the soldiers because it showed them not only that the Front cared about their future, but that it could fulfill its promises. The provision of the coffins was, after all, a logistical triumph, and, as such, a sign that the Front had the power to reweave the society and restore its continuity through past, present and future.

Seeing refrigerated morgue trucks on the news does not reassure me, nor does it convince me that the authorities can fulfill their promises!

Dark stuff, we’ll return to more whimsical subject matter soon, we know no one is coming to Helytimes to get bummed out!

There’s a phenomenon on social media I’ve been meaning to discuss on Helytimes, but I don’t know how to bring it up without being guilty of what I’m talking about.  Maybe it doesn’t matter.  It’s this: sharing something that’s bad.

This is incredibly common on Twitter.  It might be the main driving engine on Twitter.  “Dunking on” stuff might be the most common category. of this.  You see something you don’t like, or that’s bad, or wrong, and you make fun of it.  But in doing so, you are also of course spreading it further.  Here’s an example: 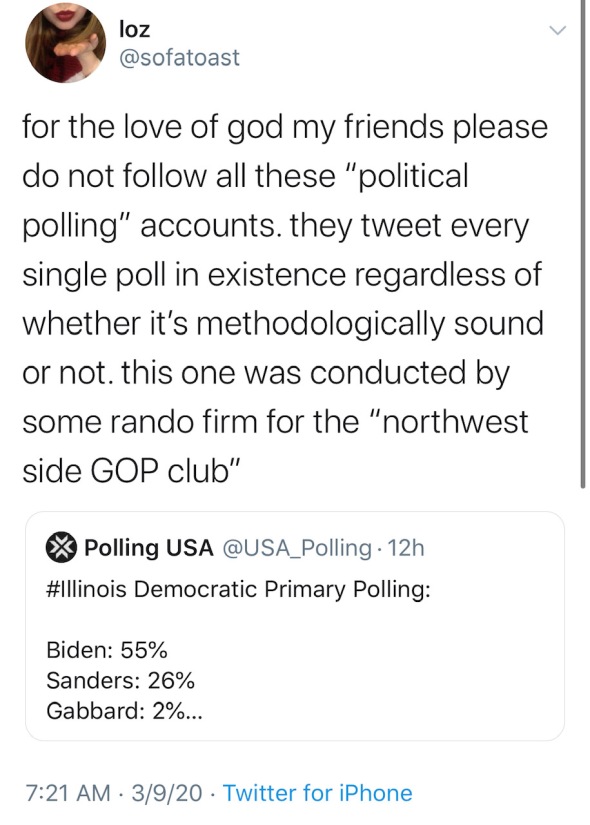 I don’t mean to pick on these people, these are all pretty innocent examples (and I’ve done the same or worse), but you see what I’m talking about.  It’s when you go, look at this shit!  It sucks!

And I’m like well maybe I wouldn’t have even seen the shit if you didn’t tell me about it.

Sometime around 2014 or so I heard someone point out that Twitter has outsized power because every journalist is on it.  Non-stop.  It almost just a chat room for journalists (and media people).  Journalists are drawn to spread the news, good and bad.  Spreading the news is their job and I hope their passion.  But what if what you’re spreading is bad, or unhelpful?

Probably the answer is just to get off Twitter, but I’m addicted to the news.  It’s very addicting!  I’m trying to work on not spreading anything bad, even if it’s funny or entertaining or exciting or, maybe most tempting of all, outrageous.

This struck home, read it in a Sequoia Capital memo someone Twittered.

Also in the category of: clear writing from people in the world of VC/tech financing, an anecdote retold by Morgan Housel

The Battle of Stalingrad was the largest battle in history. With it came equally superlative stories of how people dealt with risk.

One came in late 1942, when a German tank unit sat in reserve on grasslands outside the city. When tanks were desperately needed on the front lines, something happened that surprised everyone: Almost none of the them worked.

Out of 104 tanks in the unit, fewer than 20 were operable. Engineers quickly found the issue, which, if I didn’t read this in a reputable history book, would defy belief. Historian William Craig writes: “During the weeks of inactivity behind the front lines, field mice had nested inside the vehicles and eaten away insulation covering the electrical systems.”

The Germans had the most sophisticated equipment in the world. Yet there they were, defeated by mice. 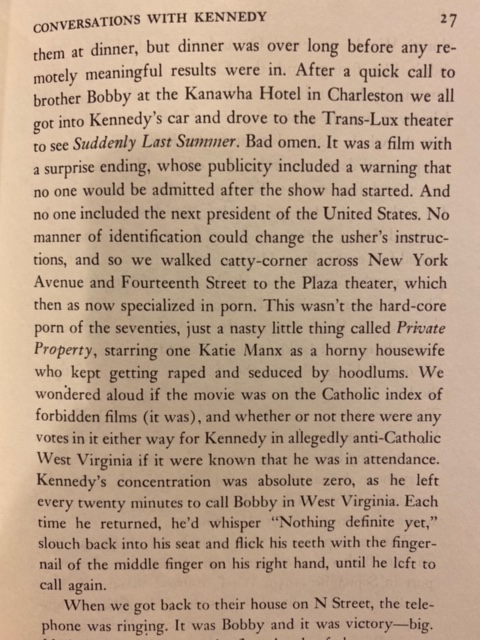 (You can see the trailer here, it does seem like soft stuff by our standards)

Good luck out there voters, I hope your favorite candidate wins!

Joe Biden on Meet The Press 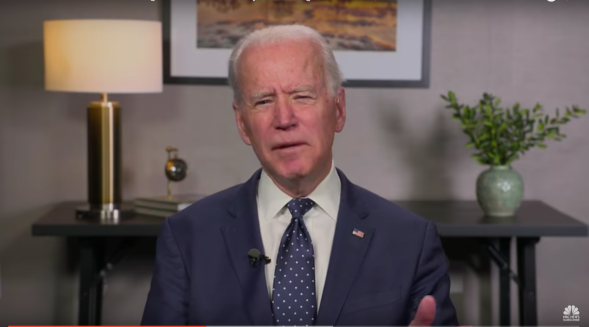 Instead of their opinions and guesses, I wish political commentators would offer simple facts, observations, like: Joe Biden doesn’t complete about 23*% of the sentences his starts.

A typical example of a Biden not completed sentence is like half a statistic or something followed by “I mean look” and a jump to a new thought.

Starting a new sentence whenever you’re lost is probably a great tactic if you find you get confused, lose the thread, or make frequent meanderings into language territory you can’t always get out of.

I’m aware Joe Biden has struggled with a stutter, and respect his struggle with it, you can see that in this Meet The Press appearance, that may partially explain this fact but doesn’t make it not a fact.

As for Mike Pence’s on Meet The Press, the less said the better.  Rare cheers for Chuck Todd for pinning him down on naming names of what specific Democrats are “politicizing” the crisis. Pence came up with “the New York Times” (referencing I believe Gail Collins’ column).

One thought I’ve had about politics is there’s a wide gap in how important people think politics is or should be.  I get a sense that, say, young Bernie voters tend to think “this is life or death!  Politics means people’s lives!” while among a Trump-type voter you often get a sense of “whatever, it’s a stupid puppet show.”

After the 2008 election, when I looked back on how much time I’d spent like refreshing blogs and stuff, I resolved not to get too sucked into like following the events and commentary, but it’s a great temptation.

*actually counted and tried to make a fair estimate, what is wrong with me.