← One Two Three Four: The Beatles In Time by Craig Brown
Ray Dalio → 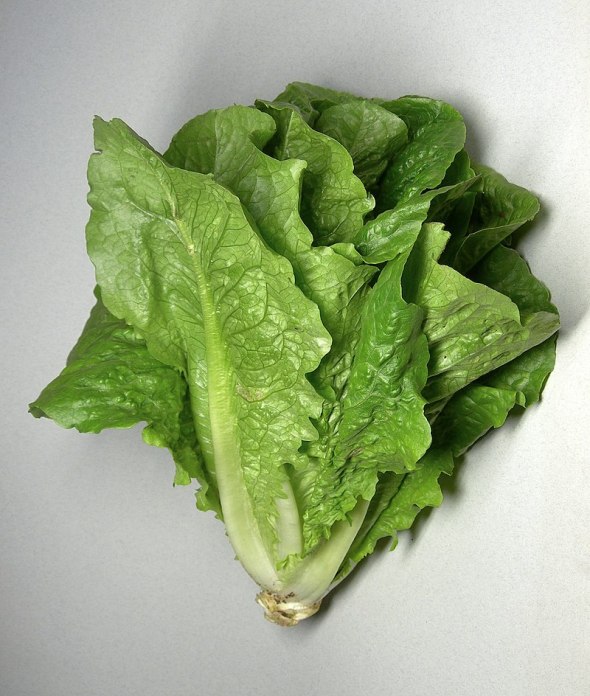 Rainer Z illustrated “lettuce” for Wikipedia with this photo

I’ve created a new taxonomy of food, I believe it is correct.

There are three types of food:

All foods can be fit into these categories.

Yes, what is bread?

Potatoes are a plant, aren’t–

All corn is stuffing.  Most American stuffing comes in the form of compressed corn.

Carrots are plant.  Boiled, mushy carrots approach stuffing, this is because you’ve beaten out of them their plant nature.  The highest forms of cooking retain the true nature of the meat or plant.  The cooking and preparations of stuffing take wider forms.

All dairy is stuffing, again, you know this in your heart.

What about ice cream?  Ice cream is its own thing.

I’m willing to accept those who create a mental category called “ice,” “ices,” or “ice cream” which includes Popsicles, sherbets, etc.  I think you’re being dishonest with yourself though if you don’t accept that ice cream is a form of stuffing, however joyful and harmless.

Hmm ok I guess we were including fish with meat but I will allow fish as its own category.  There are four types of food,

Vegetable soup?  Plant.  If there’s a potato in there, that’s stuffing.  Corn of any kind is stuffing.

OK what is miso soup?

That is a liquid.

There is a category called “spice,” if you insist miso soup could be a spice, along with salt, bbq sauce, gravy etc, things we eat that are not in the three food categories.

What is a tomato?

Some call it spice, and we respect that, but it is plant.

What about the cheese on a pizza?

Stuffing, as is the crust.  Pizza is a stuffing food, even if it contains some plant (tomato, if you believe tomato to be a plant not a spice).

What is a McDonald’s Chicken Nugget*?

Great question, let’s say the answer together on three, one, two, three, stuffing, you said stuffing didn’t you?  Because it is stuffing.

For that matter, some low-quality burgers are in fact not meat but stuffing.  I’d suggest even a 100% beef burger, if made from corn-fed, lot-processed beef, is stuffing.  And the cheese is stuffing, and the bun is stuffing.  That’s why it’s so important to get lettuce on there, so at least you get plant.

In what proportion should I eat these foods?

Look, that’s up to you, I’m not here to dictate diets which I think are VERY personal and person-specific.  But we do feel that being honest about this taxonomy, saying to yourself “this is stuffing, I’m eating stuffing,” keeping track of how much of each category you eat, may be helpful towards establishing nourishing and sustaining and sustainable food habits.

Stuffing.  The vanilla ice cream scoop is possibly “ice cream,” its at the very least a different kind of stuffing, but we don’t let ourselves get sidetracked into subcategories.  Short answer, stuffing.

(I’ve got him now, watch this:) Excuse me, what about apple pie?

What about my beloved bivalves, oysters and clams?

Those are meat, or if you insist, fish.  Lobster is stuffing, as is any crab whose carapace is larger than a quarter.

What about like a chip, but it’s made out of lettuce?  Some kind of Veggie Crisp?

I don’t think I have any more questions, thank you.

You’re welcome, please enjoy these categories and spread them widely.

The comments roll in:

Fish is meat and lobster is fish.

Agree that fish is meat.  Lobster is stuffing.  A lobster eats meat (fish) or stuffing (waste, carrion, etc) and turns it into more stuffing.  It does not magically turn stuffing into fish.  Unfortunately, by the way, would be great if it did!

(Getting some pushback on this.  Maybe lobster is meat)

What is a chickpea?

Stuffing!  Look, there’s nothing wrong with many stuffings, especially natural stuffings.  They have an important place in any diet!  My favorite food is spaghetti, a stuffing! (with tomato sauce, a spice/plant).

Hello! Some questions from @ccheever and me: what about eggs (hard boiled or sunny-side up no stuffing/frills)? What about tofu (also by itself), which could fit any of the 3 categories?

Hi Helen!  Eggs are… meat!  Once it becomes an omelette, an egg is stuffing.  Tofu is stuffing!

Ok one more: cauliflower.  Seems like the stuffing of vegetables.

This is a tricky one.  Fungi is special.  But I will say 90% of mushrooms are served as stuffing.

* Bourdain had many funny takes on the McNugget, here’s one from a 2014 interview with Kam Williams, Baltimore Black:

AB: I think it’s very hard to make an argument that a Chicken McNugget is either chicken or a nugget? If you’re eating unwholesome, street food in a country where they have to make do with whatever scraps are left to them, at least you know what it is, and generally have some sense of where it came from. Whereas a McNugget, to my way of thinking, is a Frankenfood whose name doesn’t necessarily reflect what it is. I’m still not sure what it is. Listen, Kam, when drunk, I will eat a McNugget. It’s not the worst tasting thing in the world, but it’s one of the things I’m least likely to eat, because I choose not to.