← Interesting rumor
The first trick of the American fascist →

Man, I thought I knew about and was casually “into” Edward Hopper, but I didn’t get even a tenth of it until I picked up a used copy of this book at Phoenix Books in SLO.

Hopper went to Paris when he was twenty-four, and a few more times before he was thirty.  After that he never crossed the Atlantic again.

When he was 42 he married Jo Hopper, whom he’d known for at least ten years.

The austere way of life the Hoppers had chosen seemed to suit both of them completely.  They were not unsociable, and they had plenty of friends, old and new; but neither were they gregarious.  Hopper had no small talk; he was famous for his monumental silences… When he did speak, his words were the product of long meditation.

Jo Hopper on the other hand, was as articulate as he was laconic, with a lively sense of humor.  (She once remarked that “sometimes talking with Eddie is just like dropping a stone in a well, except that it doesn’t thump when it hits bottom.”)

For the six months of they year they lived in New York, Edward Hopper worked like a machine.  He’d go down his studio like a banker, work nine to five or so, never go out.

In the summers they’d travel. 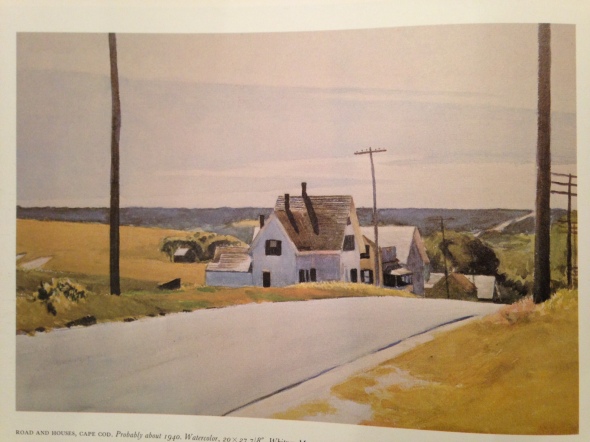 A sad thing that happened to Jo when she was in her thirties, and she’d lost her job with the New York public schools because she caught influenza:

Penniless and homeless, she found temporary shelter thanks to an old sexton at the Church of the Ascension who had helped her after seeing her weeping in the church.

Some sources suggest Edward and Jo fought all the time.  Others say sure, they fought, but they were each other’s best friends and best helpers.  Josephine’s diaries are in a private collection.   Wiki:

Since about 1924–25, i.e. almost immediately after their marriage, Jo became her husband’s only model. It was also Jo who thought up the names for a number of her husband’s paintings, including one of the most famous oils, Nighthawks. Though very interested in the American Civil War and Mathew Brady’s battlefield photographs, Hopper made only two historical paintings. Both depicted soldiers on their way to Gettysburg.  Also rare among his themes are paintings showing action.

[Jo] reflected on her relative good fortune that [Edward’s] only vices were drinking too much coffee in the Automat and “doing word puzzles in the Evening Sun.”

Jo Hopper confirmed that her husband intended the figures to suggest their taking their life’s last bows together as husband and wife.

Let’s let the man himself have the last word: 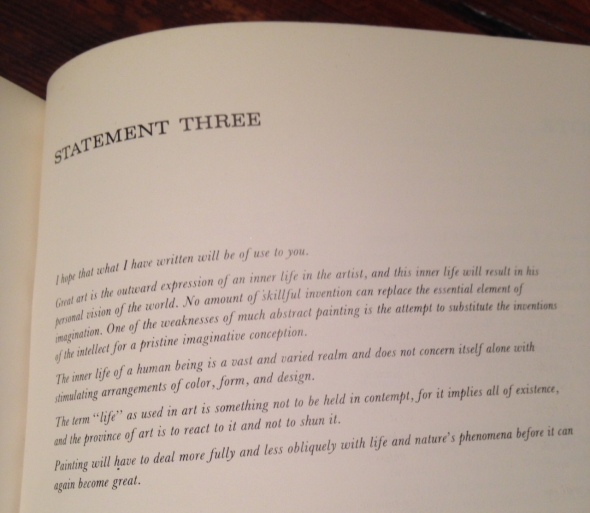