What is the deal here when Trump calls Elizabeth Warren Pocahontas? 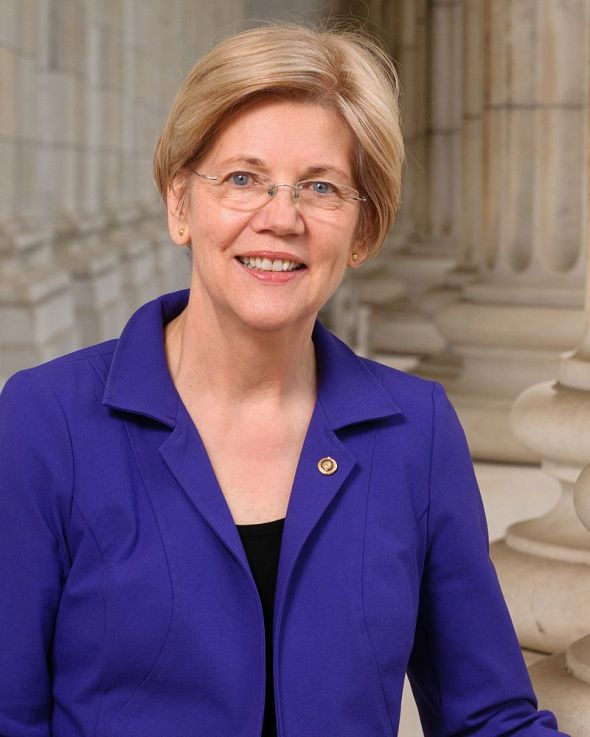 At Helytimes, we like to go back to the source.

Sometime between 1987 and 1992 Elizabeth Warren put down on a faculty directory that she was Native American.  Says Snopes:

it is true that while Warren was at U. Penn. Law School she put herself on the “Minority Law Teacher” list as Native American) in the faculty directory of the Association of American Law Schools

This became a story in 2012, when Elizabeth Warren was running for Senate against Scott Brown.  In late April of that year, The Boston Herald, a NY Post style tabloid, dug up a 1996 article in the Harvard Crimson by Theresa J. Chung that says this:

Of 71 current Law School professors and assistant professors, 11 are women, five are black, one is Native American and one is Hispanic, said Mike Chmura, spokesperson for the Law School.

Although the conventional wisdom among students and faculty is that the Law School faculty includes no minority women, Chmura said Professor of Law Elizabeth Warren is Native American.

Asked about it, here’s what Elizabeth Warren said:

From there the story kinda spun out of control.  It came up in the Senate debate, and there were ads about it on both sides.

A genealogist looked into it, and determined that Warren was 1/32nd Cherokee, or about as Cherokee as Helytimes is West African.  But then even that was disputed.

Her inability to name any specific Native American ancestor has kept the story alive, though, as pundits left and right have argued the case. Supporters touted her as part Cherokee after genealogist Christopher Child of the New England Historic Genealogical Society said he’d found a marriage certificate that described her great-great-great-grandmother, who was born in the late 18th century, as a Cherokee. But that story fell apart once people looked at it more closely. The Society, it turned out, was referencing a quote by an amateur genealogist in the March 2006 Buracker & Boraker Family History Research Newsletters about an application for a marriage certificate.

The part of the story that lit me up was this:

The best argument she’s got in her defense is that, based on the public evidence so far, she doesn’t appear to have used her claim of Native American ancestry to gain access to anything much more significant than a cookbook; in 1984 she contributed five recipes to the Pow Wow Chow cookbook published by the Five Civilized Tribes Museum in Muskogee, signing the items, “Elizabeth Warren — Cherokee.”

Damn that does not sound good! 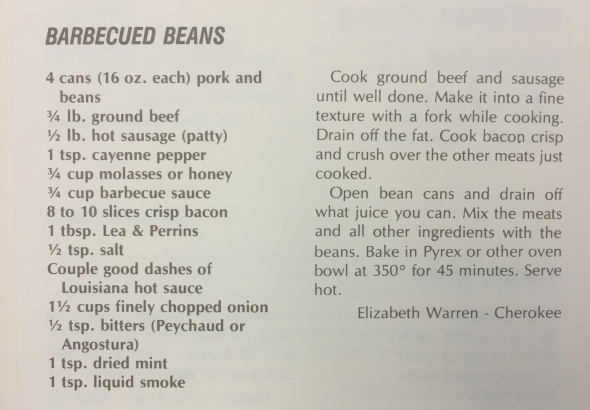 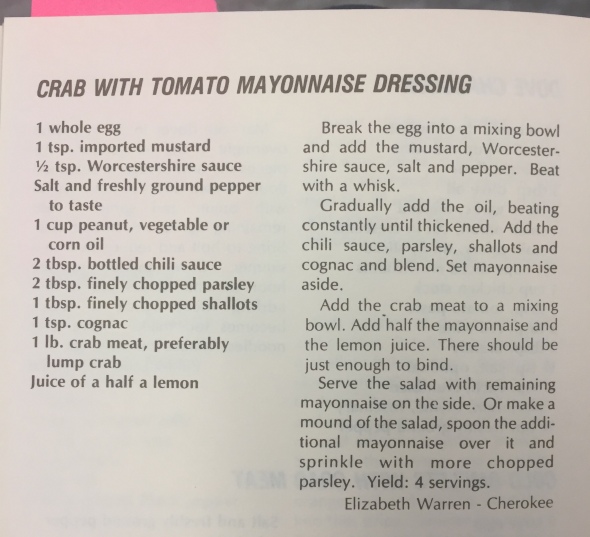 It’s claimed here that the book was edited by Elizabeth Warren’s cousin?
If this is the worst thing you can come up with on Elizabeth Warren, pretty weak.   It was a family story.  The cookbook suggests she believed it.  All families have odd stories that may or may not be true.  Maybe she got too enthusiastic?
Btw by far the worst recipe in the Pow Wow Chow cookbook is :

What is the best way to handle it, the best strategy, when the President is treating you like a third grade bully, repeatedly and publicly calling you a mean name?

Best advice to someone getting bullied?  I googled:

We would amend “don’t show your feelings” to stay calm.  We would urge any kid to put “tell an adult” as a last resort.

Such a Lisa Simpson / Nelson vibe to Warren / Trump.  Are all our elections gonna be Lisa vs. Nelson for awhile?

Lisa easily wins the election. Worried by her determination and popularity, the faculty discusses how to control her.