← 4,835 words on Ta-Nahesi Coates and Gawker controversy and Donald Trump
Cleanin’ out my DVR →

The Relationship That Dares Not Speak Its Name

The relationship that is so important and yet perhaps the hardest to express and discuss is FRIENDSHIP.

You love your friends.  You love them so much.  How to tell them?  Can you?  Should you?  Is it acceptable?  Are there rituals for it?  Can other people ever understand it?

Is the expression of this part of what we love in sports?

Maybe the difficulty of expressing this relationship is why it makes for such powerful art.

What is the power of this gif from Broad City?

It is that Ilana is having almost orgasmic feelings, not from sex but from friendship-love for Abby*.

I haven’t seen all of Broad City, but I bet there’s a lot more of this emotion than there is of sex-having joy, or man-woman emotion.

I remember in high school my English teacher calling our attention to an essay called “Come Back To The Raft Ag’in Huck Honey” by Leslie Fielder.  It’s not easily avail online but by the first sentence it’s talking about homosexual tension between Huck and Jim, who remember spend the whole book on a raft together, close as can be:

Fiedler’s first critical work appeared in 1948 and came about from his habit of reading American novels to his sons. The essay appeared in Partisan Review (enabled by Fiedler’s recent acquaintance with Delmore Schwartz) and was the subject of a great amount of critical debate and controversy. “Come Back to the Raft Ag’in, Huck Honey!” argued a recurrent theme in American literature was an unspoken or implied homoerotic relationship between men, famously using Huckleberry Finn and Jim as examples. Pairs of men flee for wilderness rather than remain in the civilizing and domesticated world of women. Fiedler also deals with this male bonding in Love and Death in the American Novel (1960), Waiting for the End (1964) and The Return of the Vanishing American (1968).

As Winchell wrote in his book on Fiedler, “Reading ‘Come Back to the Raft’ over half a century later, one tends to forget that, prior to Fiedler, few critics had discussed classic American literature in terms of race, gender, and sexuality” (Winchell 53). Fiedler emphasized the fact the males paired in these wilderness adventures tend to be of different races as well, which created an additional critical dimension. “Come Back to the Raft” not only caused a stream of letters of protest to be sent to Partisan Review, but it also was attacked by the critical community. For instance, Queer theoristChristopher Looby argues that Fiedler’s claims were noticeably given from a 20th Century urban perspective and did not adequately address the time period in which Huckleberry Finn was written (i.e. the debate on the sexuality of Abraham Lincoln).

Well, call me a square, but I don’t think Huck Finn is really about queer theory.  I think it’s about men bonded together in friendship.   No sex, just men intensely and closely together.

Hemingway as us. puts it succinctly:

I think intense, almost inexpressible friendship is a theme that runs through American literature, and probably world lit.

Forget history: think of your own life.

There is little language or ritual for this relationship.  The big ritual is marriage: man and woman (and now man/man, woman/woman etc. but it’s not the same thing).

In a way, at a wedding you’re saying goodbye to your friend relationships.

The two most popular TV shows of my youth, Friends and Seinfeld, were about friends who are bonded to each other. 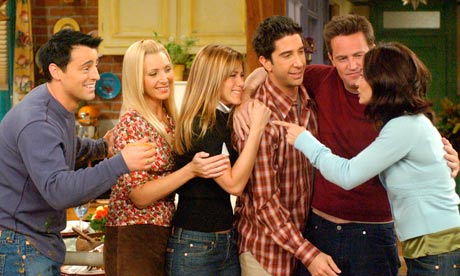 The romantic relationships they form are disposable by comparison.

What’s going on in Moby-Dick, really?  What’s the most important relationship in this book with almost no women?

You could say it’s the friendship between Ishmael and Queequeg?

How about Gatsby?  The whole summer over which Gatsby occurs, Nick is dating some chick named Jordan who he in the end discards as unworthy.  What relationship from that summer was important to Nick?  His friendship with another dude.  How about this moment when Gatsby lives up to Nick’s dream of him?:

I wanted to get up and slap him on the back.  I had one of those renewals of complete faith in him that I’d experienced before.

Gatsby is like a love letter from Nick to his great, doomed friend.

Why was True Detective good last year and not good** this year?  Tons of reasons (if you agree with the premise).

But last year it was about partners.  Male partners.

Not sex partners — geez, it’s not all sex.  Men can love each other without fucking.  True Detective 1 is about guys who had to be loyal to each other.  In the beginning, and also the “end,” in fact, they hate each other.  But in the true end?  They are there for each other.  They love each other so much it breaks your heart.  Isn’t the last shot or whatever Harrelson carrying McConaughey?

(Yeah I’m no dunce, I know that’s also meant to be Jesus or whatever too — for that matter, what are the Gospels about if not friendship and love among bros?)

What is Entourage about?

I started watching Ballers this year.  Ballers = Entourage but about sports, right?  I’m sure that’s how they pitched it. 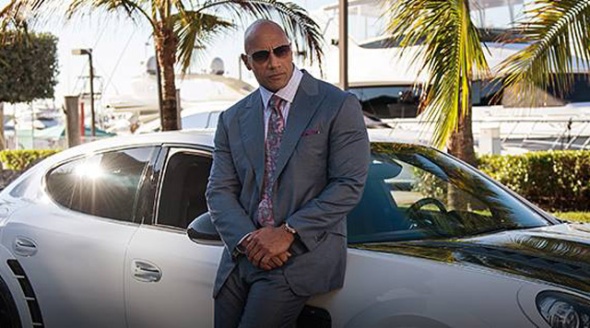 But Ballers sucks** so bad it makes you revisit and consider what made Entourage tick.

What was Entourage about?  Friends.  Male friendship.  It’s so awkward to talk about that the only way the Entourage dudes could express it was in talking about fuckin’ chicks, or making fun of how gay Lloyd is.  There are (at least in the movie) zero emotional moments between men and women in Entourage.  The emotion is men, trying so hard to express something that their culture/life whatever gives them no language for: the non-sexual love between men.

Ballers sucks because The Rock has no real friends in it.  Who is his friend, Corddry?

In Ballers, there’s no loyalty to a friend that he puts above everything else in his life.

Consider The Bridges At Toko-Ri, by James Michener.  (I’m stealing this point from some military guy in an interview. I can’t remember who.  When I find it I’ll post, this bit about Bridges at Toko-Ri is more or less a summary of what some guy said in something I read years ago:)

What you read about in books about war is men bonded to each other so deeply, so intensely, beyond anything they’ve ever felt before. 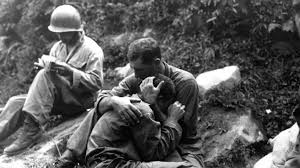 famous one from the Korean War by Al Chang, whose career seems worth investigating at some later date.

If you survive you get on with the regular relationships of life, always missing the closeness you once had.

What is Broad City about?

My point is just: friendship is such a big deal in life.  But we hardly even have language to talk about it.  So exploring it can make powerful art/comedy/drama.

4 Comments on “The Relationship That Dares Not Speak Its Name”