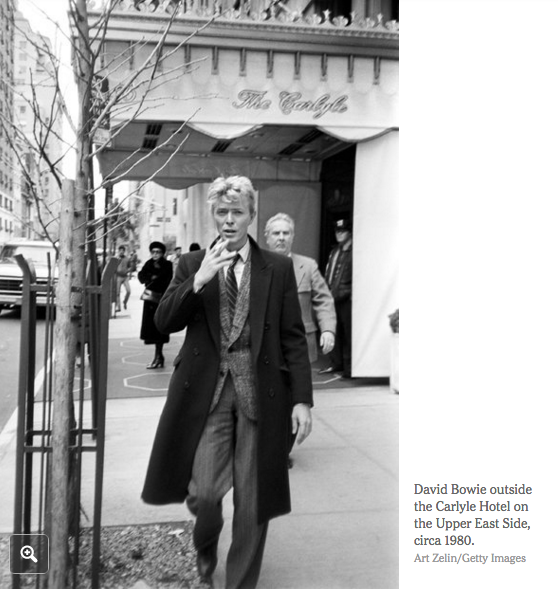 Can’t front like I was the world’s biggest David Bowie fan in life, but reading about him after his death I’m getting more and more into the guy!  From The New York Times:

After he became Ziggy Stardust, and a huge star, Mr. Bowie found refuge at the West 20th Street apartment of his publicist, Cherry Vanilla. In her memoir, “Lick Me,” she recounts how he would do brain-sizzling amounts of cocaine and drink milk for nourishment (no solid food in those years), and they’d rap about “power, symbols, communication, music, the occult, Aleister Crowley and Merlin the Magician.”

David liked my apartment on 20th Street, and he also liked Norman Fisher’s coke, something for which he’d recently acquired an insatiable appetite and for which I had, of course, hooked him up. And since my days were winding down at Mainman, I guess David felt comfortable getting high with me and opening up about anything and everything that was on his mind. He spent many an evening, often an all-nighter, sitting in one of my canary-yellow enameled wicker chairs, doing lines, drinking milk (he never ate at all during this period), and telling me one crazy story after another — Defries and Adolf Hitler were buddies . . . Lou Reed was the devil . . .he himself was from another planet and was being held prisoner on earth — going on and on about power, symbols, communication, music, the occult, Aleister Crowley, and Merlin the Magician. I never did any of David’s coke (and, what’s more, he never offered). I just sat there, smoked my pot, sipped my Café Bustelo, and got totally into his rap. This was probably the period when I was most in love with him.

Sometimes David would busy himself with my record collection — Duke Ellington’s Live at Newport and the Ohio Players’ Skin Tightamong his favorite LPs. And occasionally he and I would have sex in my mirrored, mosquito-netted, dycro-lit, pink-satin bedroom, taking everything a bit further than we had that first time in Boston, and utilizing the many new sex toys I’d since acquired. One time, after I’d arranged for him to shop privately at the new Yves Saint Laurent boutique on Madison Avenue and get the most fabulous black wool overcoat, he came up the five flights of stairs to my apartment, and fucked me without ever taking off the coat and then left immediately to hang out with Mick Jagger. Bowie liked my bedroom so much, he even brought Claudia Lennear and Jean Millington (the other sister from Fanny) there for sex on occasion. I didn’t participate, but I got off on how much he appreciated the setting. 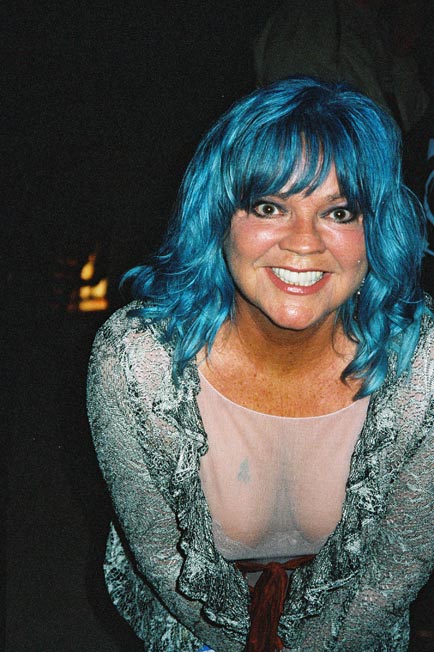