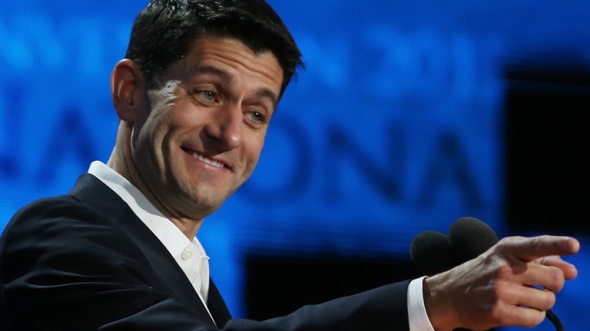 Ryan then took questions. This was the first one: “The President made some new false statements yesterday, notably that there are major terrorist attacks that the media, essentially, isn’t covering. Are you getting concerned at all about his grasp of the truth?”

“Look,” he said. “I’m going to do my job. I’ll let you guys do yours with respect to how you report, or what you don’t report. The problem is we do have a war on terror in front of us. We do have isis trying to conduct terror attacks across the globe. This is a real serious problem. And what I am focussed on is doing our job and making sure our law-enforcement authorities, our military, have the tools to keep us safe.”

from this NYer piece by the great John Cassidy.

Paul Ryan has a real shot at going down in history as a pristine example of cynical soul-selling.

Are the Republicans really for:

I didn’t pluck those out of thin air, those are exactly what Michael Anton, Bannon advisor, says conservatives should be for in this essay, The Flight 93 Election, his pre-election argument for DT.

Is DT making things better, stronger, or greater on any of those fronts?  How’s his prudent statesmanship?  What message does he send on virtue, morality, character, stability?  He’s rich (maybe) but does he demonstrate industry and thrift?  How’s he on education to inculcate good character and teach the fundamentals that have defined knowledge in the West for millennia?  “Family values?”

The Republican Party did this to us.  Reince Priebus, Trump chief of staff, is an old Wisconsin buddy of Paul Ryan.

The best case is Paul Ryan is trading all the other values for fighting “the soul-sapping effects of paternalistic Big Government and its cannibalization of civil society and religious institutions” but even he must know by now he’s fighting cannibalism by signing up with a bigger, worse cannibal.

Best case for Ryan is he makes it harder for people to pay for health care first.