← Plans are worthless, but planning is everything
What? Are You Jealous? →

Lionsgate continues to grow into a vertically integrated global content platform of increasing diversity, reach and scale. The Company’s portfolio of assets includes one of the largest independent television businesses in the world, a 17,000-title film and television library, a world-class film business and an expanding global distribution footprint.

says their investor website.   What is Lionsgate?  How do we value an entertainment company?

I’m interested in Lionsgate, because they have a majority ownership of 3 Arts

The management company where I am represented.  In a way, I work for them?

Here’s a brief history of Lionsgate – which is not very old – from this recent LA Times article by Ryan Faughnder, entitled

Founded in 1997 in Vancouver, Canada, the company became known early on for edgy indie and horror films such as “American Psycho” and “Saw.” Lionsgate grew its firepower and boosted its stock price through acquisitions, catapulting itself into the big leagues with its 2012 purchase of “Twilight Saga” studio Summit Entertainment and the release of the first “Hunger Games.” The four-movie apocalyptic “Hunger Games” series grossed $2.97 billion. It impressed investors with its tactic of offsetting the risk of producing movies by pre-selling foreign distribution rights and bringing in co-financiers.

Then they had some busts:

“Gods of Egypt,” a $140-million mythological epic released in 2016, flopped after it was slammed by critics and accused of whitewashing its cast. A reboot of billionaire Haim Saban’s “Power Rangers” franchise disappointed after Feltheimer said on an earnings call that the company could produce multiple films based on the kids series.The studio’s decision to turn the third book in the “Divergent” series into two movies backfired when “Allegiant” flopped. A planned fourth installment was never produced.

The Wall Street Journal had a whack, too, a few days later: 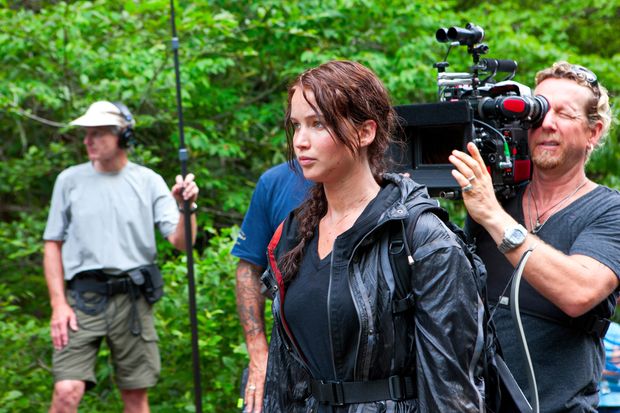 Apparently they are, at the moment, attempting to salvage a huge and expensive turd:

Lions Gate faces a major challenge called “Chaos Walking.” The first of several planned adaptations of a series of young-adult science fiction novels cost around $100 million to produce but turned out so poorly it was deemed unreleasable by executives who watched initial cuts last year, according to current and former employees.

I’m not sure how much Wall Street has built the disaster here into the stock’s price.

Sir John Templeton taught us to look for points of maximum pessimism.  Is Lionsgate an opportunity? How should we value an entertainment company, which is liable to have big swings and misses?

First, what does Lionsgate own?

Over the course of its life, Lionsgate scooped up a bunch of film companies, in the process acquiring a library.  They swallowed up:

don’t know what their big movies were

They produced, among others, Supersize Me, Manchester By The Sea, Mystery Team, Winter’s Bone, Mud

Juno, This Is The End

From that library I have to imagine Lionsgate will continue to make some kind of money.  Some of these films are things people will want to see and resee or rediscover, and it’s a good business to keep selling something that’s already made.  All told, according to their 2018 investor letter, Lionsgate has something like 17,000 films in its library.

I was surprised by this fact:

The Lionsgate investor page highlights some of their big ones:

Lionsgate’s Motion Picture Group encompasses eight film labels and more than 40 feature film releases a year, including 15-20 wide releases from the Lionsgate and Summit Entertainment mainstream commercial labels. Lionsgate’s film slate has grossed nearly $10 billion at the global box office over the past five years, and films from Lionsgate and its predecessor companies have earned 122 Academy Award® nominations and 30 Oscar® wins.

As well as some of their TV productions and co-productions:

The Lionsgate’s Television Group has carved out a unique position as a leading supplier of premium scripted content to streaming platforms, cable channels and broadcast networks alike. One of the largest independent television businesses in the world with nearly 90 series on 40 different networks, Lionsgate’s premium quality programming includes the ground-breaking Orange is the New Black, fan favorite Nashville, the hit dramedy Casual, the critically-acclaimed Dear White People and the breakout success Greenleaf. The Company continues to build on its legacy of award-winning premium series that include the iconic multiple Emmy Award-winning Mad Men, one of the best reviewed series of all time, Weeds and Nurse Jackie.

Coming down the pike are some high-risk, potential high-reward titles.  From the LA Times:

Lionsgate could rebound this year with the release of movies including “Long Shot” and a third “John Wick” movie, analysts said. But otherwise, the schedule includes few obvious hits. Upcoming films include “Angel Has Fallen,” the third installment in the “Olympus Has Fallen” series, “Rambo V: Last Blood” and a Roland Emmerich remake of “Midway.”

How much do people want to see an expensive movie about the Battle of Midway, I wonder?

The big engine at Lionsgate in Media Networks is Starz, the premium network.

Home to Outlander, Power, Ash vs Evil Dead, a bunch of costume-y looking shows.  Starz produces a lot of the profits:

Starz has performed well financially, with revenue increasing 4% to $366.8 million and profits up nearly 10% to $134.1 million in the fiscal third quarter ended Dec. 31. It added just over one million subscribers in 2018.

There was a writeup of Lionsgate in a recent issue of Graham and Doddsville, “an investment newsletter from the students at Columbia Business School.”  You can read it free, here.  Amit Bushan, Bruce Kim, and Stephanie Moroney won 1st place at the CSIMA Stock Pick Challenge with their case.

Above-consensus subs projection results in a 12% above-consensus NTM adj. EBITDA. Given the FCF stability of the subscriptionbased business, we are applying a premium over movie studios (~10x). Note that 12x multiple is 12% lower than Starz’s recent average (13.7x).  Catalysts: 1) higherthan-consensus OTT subs growth in the next few quarters; 2) increased visibility on the impact of the international expansion; 3) M&A.

Not sure I agree with this assessment.  But there are a couple points I think are interesting about Lionsgate.

What impact that will really have on 3 Arts’ bottom line, I’m not sure.  But they do have access and potential synergies with some pretty explosive entertainers and creators.

As always around here, we like to look at a picture of the company’s CEO:

Here is John Feltheimer.  He gets paid a lot of money.

Is this company worth $2.8 billion dollars?

I’ll be interested to hear their fourth quarter earnings report on May 23.

Thank you for joining us on a continued journey to learn about business and entertainment.