← The Motherland Call
The Duke of Abruzzi →

Once, back when I lived in New York, I went down to Coney Island to have a look around.  On Surf Avenue, there was a man with glasses, maybe sixty but energetic, and good-humored, standing behind a table, handing out fliers about some neighborhood development thing or another.  He was opposed to it.  I got to talking to this guy, and he brought up Fred Trump, Donald Trump’s father, and the various destruction he’d done to Coney Island.  To this man, Fred Trump was both laughable and a villain. 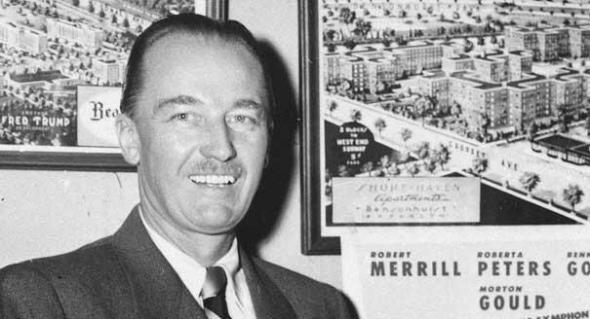 Some time after that I looked up Fred Trump’s obituary in The New York Times.  He died in 1999.  It’s a great obituary, written by Tracie Rozhon:

Frederick Christ (pronounced Krist) Trump was born in New York City in 1905. From World War II until the 1980’s, Mr. Trump would tell friends and acquaintances that he was of Swedish origin, although both his parents were born in Germany. John Walter, his nephew and the family historian, explained, ”He had a lot of Jewish tenants and it wasn’t a good thing to be German in those days.”

His father was a barber who arrived from Kallstadt, Germany, in 1885 and joined the Alaska gold rush. By the turn of the century, he owned the White Horse Restaurant and Inn in White Horse, Alaska, while also supplying food and lumber to the miners.

Fred Trump started a construction business at fifteen.  With the money he made he paid for his kid brother to go to college and get a Ph.D.

”He made a great contribution; he filled a very big hole in the market,” Mr. LeFrak recalled. ”We took Queens; he did more in Brooklyn. He was a great builder who rallied to the cause like we did; he built housing for the returning veterans. I guess you could say we’re the last of the old dinosaurs.”

Fred Trump married a Scottish immigrant.  When he died they’d been married 63 years.

His estate has been estimated by the family at $250 million to $300 million, but Mr. Trump did not believe in displays of wealth — with one exception. For decades, he insisted on a Cadillac, always navy blue, always gleaming, and always replaced every three years, its ”FCT” license plate announcing its owner wherever he went.

Mr. Trump was a demon for controlling costs. Besides collecting unused nails, Mr. Gordon said, Mr. Trump often performed the exterminating chores in his buildings by himself. ”He became an expert,” Mr. Gordon said.

When it was time to order the thousands of gallons of disinfectant necessary for his thousands of apartments, Mr. Trump gathered samples of all the available floor cleaners on his desk. ”Then he sent them out to a lab and found out what was in them and had it mixed himself,” Donald Trump recalled. ”What had cost $2 a bottle, he got mixed for 50 cents.”

What the guy on Coney Island didn’t like was the destruction of Steeplechase Park, told here by Wikipedia:

After acquiring the site in 1965, Fred Trump intended to build a low-cost housing development. Trump was unable to get a change to the zoning of the area, which required “amusements” only (largely due to the efforts of the Coney Island Chamber of Commerce), and decided to demolish the park in 1966 before it could obtain landmark status. Trump held a “demolition party,” at which invited guests threw bricks through the Park’s facade. Trump bulldozed the majority of the park, save for a few rides and concessions stands, among them the Parachute Jump, that were along the boardwalk.

The housing development never happened though, and Coney Island is a bit of a wasteland.

The story of the demolition party is also told in this book: 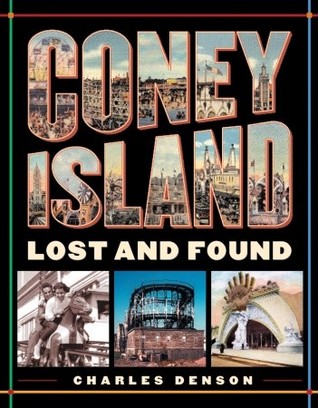 This book is incredibly poignant.  Charles Denson is a good writer, and his book is very personal.  Some it is about how his memories of the park were tied up with his longing for his disappearing father.

One thing Donald Trump always does is call people “losers.”  I’m with John Le Carre: the mark of a decent society is how it takes care of losers.  So I don’t think I will vote for Donald Trump.