I’ll explain it this way: Both William Henry Jackson and Edward Weston photographed the American West extensively. But in my opinion, only Weston’s photographs qualify as art. Jackson, for all his devotion to the subject, was recording the scene. Weston, on the other hand, was actually creating something new. In his work, subject is of secondary importance to the total photograph. Similarly, while the landscapes that I have photographed in Yosemite are recognized by most people and, of course, the subject is an important part of the pictures, they are not “realistic.” Instead, they are an imprint of my visualization. All of my pictures are optically very accurate–I use pretty good lenses–but they are quite unrealistic in terms of values. A more realistic simple snapshot captures the image but misses everything else. I want a picture to reflect not only the forms but what I had seen and felt at the moment of exposure.

Playboy: Give us an example.
Adams: My Moonrise, Hernandez, New Mexico has the emotion and the feeling that the experience of seeing the actual moonrise created in me, but it is not at all realistic. Merely clicking the camera and making a simple print from the negative would have created a wholly different–and ordinary–photograph. People have asked me why the sky is so dark, thinking exactly in terms of the literal. But the dark sky is how it felt.

When photographer Alfred Stieglitz was asked by some skeptic, rather scornfully, “How do you make a creative photograph?” he answered, “I go out into the world with my camera and come across something that excites me emotionally, spiritually or aesthetically. I see the image in my mind’s eye. I make the photograph and print it as the equivalent of what I saw and felt.” That describes it well. What he called seeing in the mind’s eye, I call visualization. In my mind’s eye, I am visualizing how a particular revelation of sight and feeling will appear on a print. If I am looking at you, I can continue to see you as a person, but I am also in the habit of shifting from that consciously dimensional presence to a photograph, relating you in your surroundings to an image in my mind. If what I see in my mind excites me, there is a good chance it will make a good photograph. It is an intuitive sense and also an ability that comes from a lot of practice. Some people never can get it. 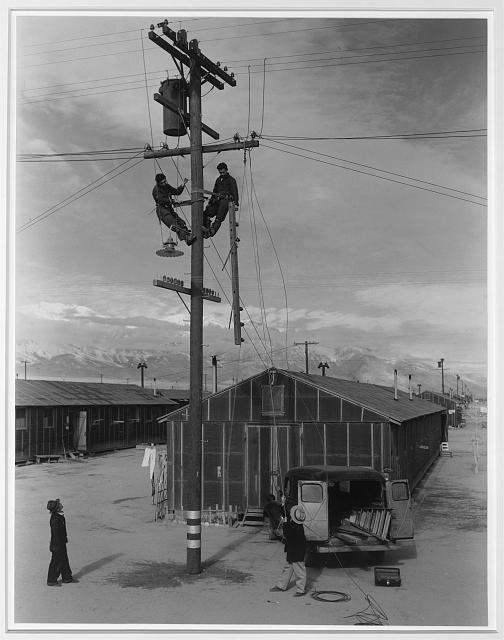 Playboy: When did you know you could accomplish it?
Adams: I had my first visualization while photographing Half Dome in Yosemite in 1927. It was a remarkable experience. After a long day with my camera, I had only two photographic plates left. I found myself staring at Half Dome, facing the monolith, seeing and feeling things that only the photograph itself can tell you. I took the first exposure and, somehow, I knew it was inadequate. It did not capture what I was feeling. It was not going to reflect the tremendous experience. Then, to use Stieglitz’ expression, I saw in my mind’s eye what the picture should look like and I realized how I must get it. I put on a red filter and figured out the exposure correctly, and I succeeded! When I made the prints, it proved my concept was correct. The first exposure came out just all right. It was a good photograph, but it in no way had the spirit and excitement I had felt. The second was Monolith, the Face of Half Dome, which speaks for itself.

They were the ones Weston called the fuzzy-wuzzies. They would go out into the street and find some old bum with a matted beard, and they’d get a tablet of Braille and make the old man put his fingers on the Braille. They would place him in an old chair, looking up through a cloud of cigarette smoke that was illuminated by a spotlight. The title would be Mine Eyes Have Seen the Glory. That must have been done a thousand times. There were also slimy nudes.

I am an Ansel Democrat:

Playboy: You said that earlier. We assumed you were speaking rhetorically. Weren’t you?
Adams: Definitely not. We are on a disaster course. A revolution may happen first; and, of course, that may be a disaster anyway. I don’t say it would be a Soviet revolution, but it could very well result in a different order of society. It could be a socialist setup that might work for a while. We don’t know. The point is, I think there may be a revolution if there is not greater equality given to all citizens. We have consistently considered the employer, especially the large corporations, as the most valuable part of the American society. We have consistently overlooked the enormous importance of the farmer, the technician, the educator, the artist, the laborer. I’m not calling for a revolution; I’m calling for greater equality to all citizens. If that doesn’t happen, something will.
You see, I believe in a Federalism under which you would pay your taxes to a properly elected and conducted central Government that would, in turn, provide essential services–which would include medical care and other essentials–to the population. I do think there is a basic obligation for everyone to make his maximum contribution to society, but we talk about opportunity for everyone, and the fact is that it is perfectly obvious that equal opportunity does not exist. It’s about time we woke to that fact and clarified the whole social-political structure. Or we’ll be awakened.
Remember, ten percent unemployment, no matter how high that is, is an average. There are places and segments of the population with much higher unemployment. People will not continue to tolerate those conditions. What we need is a new set of political commandments that call to attention some of the basic provisions of the Constitution that are often overlooked by our contemporary leaders. There are inalienable rights that are supposed to be guaranteed. It is absolutely criminal that our Government has consistently supported rightist governments that deny citizens’ rights while being paranoid about any liberal concept, which is the concept upon which our country was founded. But, remember, it took a revolution here. 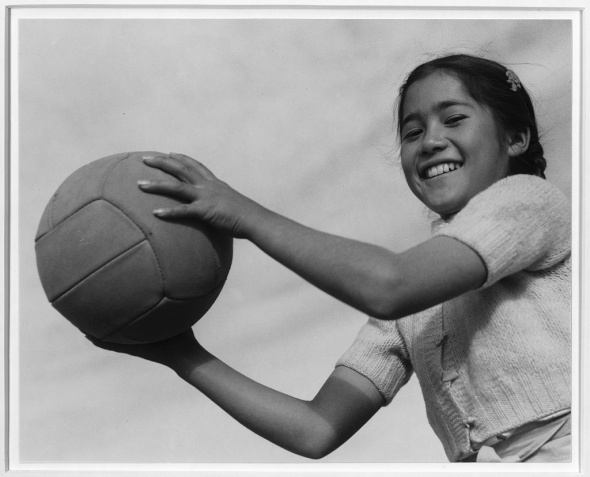 Girl and a Volleyball at Manzanar War Relocation Center

And finally, his martini recipe:

Playboy: While we’re on the subject, that is some strong martini we’ve sampled. Will you share your recipe with us?
Adams: The martini I am drinking now is simply diluted–that way, I can have several. But the ones you’re sipping come from a Hotel Sonesta bartender in Cambridge. You take a good-sized glass and fill it with fine vermouth. Then you marinate some big lemon peels in there for days. As the vermouth evaporates or is used up, replenish it. All you need is a glass, ice, vodka and a lemon peel. Rub the lemon peel around the rim of the glass, drop it in, and you have a very dry martini. 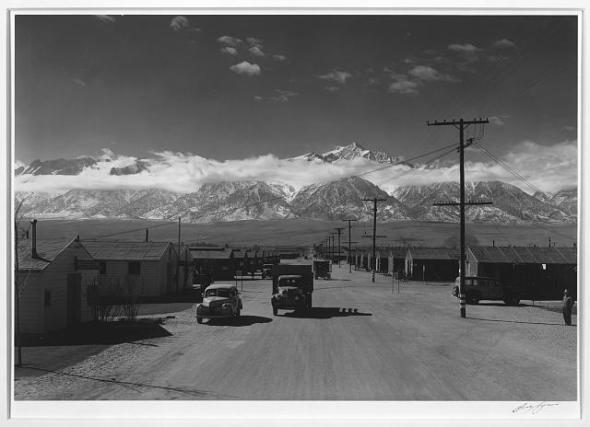