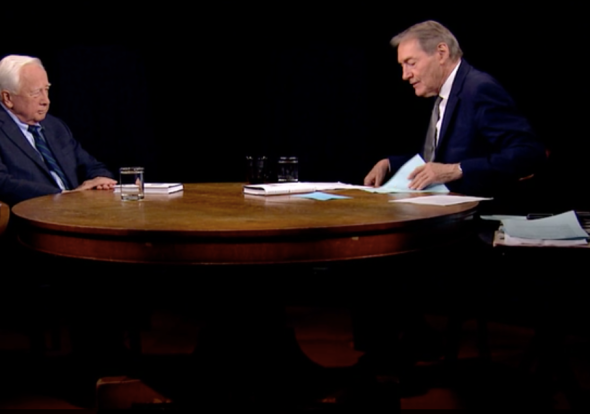 There was a period when I was working on a novel, not working a steady job, and I figured, “I should make sure I at least hear an hour of human conversation a day.”  That was the time in my life when I watched the most Charlie Rose.

The Charlie Rose Show website used to be elegantly organized.  It’s still good, but there was a neat way it used to be indexed, there was section called like “writers on writing” I appreciated.

Charlie Rose has now been banished for his crimes which sound bad enough.  Sometimes in the wake of what’s (perhaps unfortunately) called “the MeToo movement” I hear like “well what about due process?!” or arguments along those lines.  But shouldn’t our public media gatekeeper/narrative shapers be not just merely not sex pests, but in fact above reproach?  Couldn’t we have higher standards for our public broadcasters?

This got me riled about about Brett Kavanaugh as well — like, can’t we find someone for the Supreme Court who can’t be credibly accused of anything?  I believe it is possible!

Anyway.  Here are some memories of moments on Charlie Rose that stuck in my craw: