← Notes on a decade
They Britney’d the abandoned KMart! → 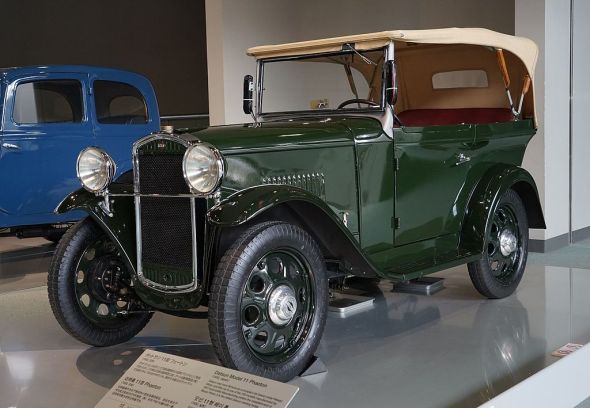 The best business story of last decade snuck in under the wire, when Carlos Ghosn, the former head of Nissan Motor Co. and Renault SA who was out on bail in Japan awaiting trial on charges of financial misconduct, popped up in Lebanon just before New Year’s after being smuggled out of Japan in, apparently, a large black case used for audio equipment.

As Matt Levine put it.  Interested in the mysterious case of Ghosn the Nissan outlaw, I started looking into the history of Nissan.  A key figure is an American engineer, William Gorham.  Gorham traveled to Japan several times as a boy with his dad, an Asia manager for Goodyear tires.  In 1918, he moved to Japan with his wife and children, and got involved with Gonshiro Kubota:

Gonshiro Kubota, a successful businessman who founded and led his eponymously-named firm into becoming the largest manufacturer of agricultural machinery in Japan was eager to enter the automobile market. At the time, the only two mass-production Japanese automobile manufacturers were Isuzu, and Kaishinsha, founded by Matsujiro Hashimoto. Kubota hired Gorham as chief designer, with Gorham designing the vehicles and setting up the manufacturing plants for Gorham’s three-wheeled automobile. Along with other Japanese investors, Kubota and Gorham would found Jitsuyo Jidōsha, who would manufacturer the three-wheeled automobile as the Gorham, and a four-wheeled automobile of Gorham’s design as the Lila. Jitsuyo Jidōsha and Kaishinsha would later be merged into a predecessor of the Nissan Motor Company.

In David Halberstam‘s 1986 book The Reckoning, Halberstam states: “In terms of technology, Gorham was the founder of the Nissan Motor Company” and that “In 1983, sixty-five years after [Gorham’s] arrival… young Nissan engineers who had never met him spoke of him as a god.

In May of 1941, Gorham renounced his US citizenship.  Reported in the NY Times: 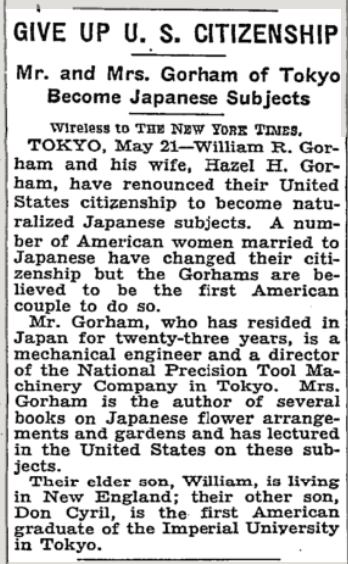 He stayed in Japan as the US and Japan went to war.

After the end of the war, the United States government declined to charge him or his wife with treason since they had become Japanese citizens before the war began; in fact, he ended up working in a liaison position with the headquarters of Supreme Commander for the Allied Powers Douglas MacArthur regarding industrial problems 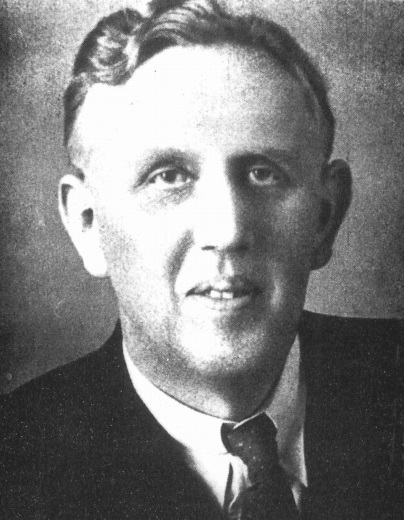