It’s not fashionable to even listen to Steve Bannon these days, and I don’t know why you’d invite him to your festival.  But when I read or listen to interviews with him, I always feel I’m gaining insight.  Much like a Bond villain, he seems to delight in revealing his plans.  Consider a moment at 17:05 above:

I think he means Chevron Deference, which I had to look up.  A lawyer friend defined it for me:

Congress amended the Clean Air Act in 1977 to address states that had failed to attain the air quality standards established by the Environmental Protection Agency(EPA) (Defendant). “The amended Clean Air Act required these ‘non-attainment’ States to establish a permit program regulating ‘new or modified major stationary sources’ of air pollution.” During the Carter administration, the EPA defined a source as any device in a manufacturing plant that produced pollution. In 1981, after Ronald Reagan’s election, the EPA, which was headed by Anne M. Gorsuch, adopted a new definition that allowed an existing plant to get permits for new equipment that did not meet standards as long as the total emissions from the plant itself did not increase. The Natural Resources Defense Council (NRDC), an environmental protection group, challenged the EPA regulation in federal court, which ruled in the NRDC’s favor. Chevron, an affected party, appealed the lower court’s decision.

Bottom line, the Court ended up ruling the EPA could make its rules and they wouldn’t intrude too much.

But wait one second: Gorsuch? 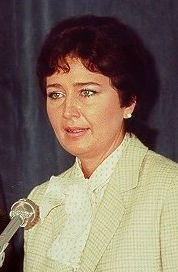 It was this woman, mother of Supreme Court Justice Neil Gorsuch! 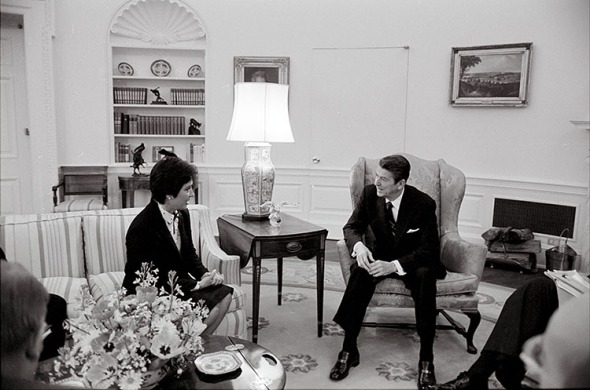 It gets a bit complicated after that and I’m afraid above my paygrade, but it seems Gorsuch The Son doesn’t care much for Chevron Deference.  His tone on the topic tends to veer towards the sarcastic:

Under Chevron the people aren’t just charged with awareness of and the duty to conform their conduct to the fairest reading of the law that a detached magistrate can muster. Instead, they are charged with an awareness of Chevron; required to guess whether the statute will be declared “ambiguous” (courts often disagree on what qualifies); and required to guess (again) whether an agency’s interpretation will be deemed “reasonable.” Who can even attempt all that, at least without an army of perfumed lawyers and lobbyists? And, of course, that’s not the end of it. Even if the people somehow manage to make it through this far unscathed, they must always remain alert to the possibility that the agency will reverse its current view 180 degrees anytime based merely on the shift of political winds and still prevail.

One can’t but wonder: does any of this have to do with his mom?

Just think it’s interesting that Bannon says they don’t give a fig about social culture war issues.  Remember that Bannon and Kellyanne Conway are more or less hired guns for the Mercer family, of Renaissance Technologies, a hedge fund.

I wonder if Brett Kavanaugh will get through, or if they’ll have to find a different person to help dismantle the administrative state.

As always we welcome your comments!