← Wicked Game
How big are the UK and Ireland compared to California? →

I’ve developed a radical policy idea.  This is my position paper.

The Republic of Ireland should take in two million refugees.

Seriously, walk around the place.  There’s like nobody there. 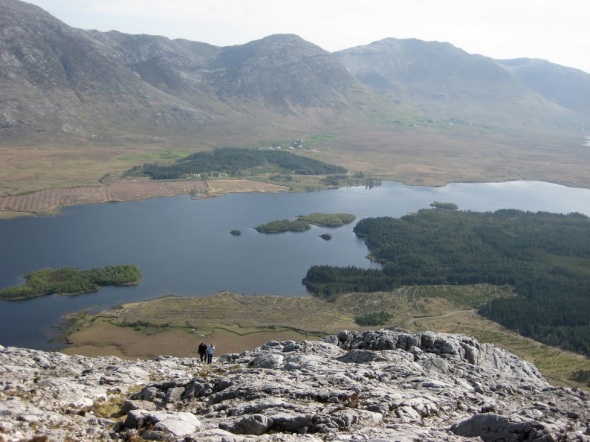 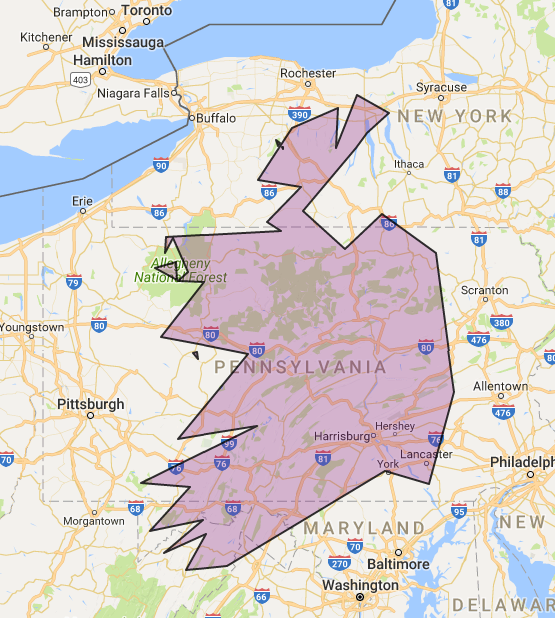 Ireland has fewer people today than it did in 1841.

What a wild fact.  What other country is like that?  Can we really trust that 1841 census?

My source here is the Central Statistics Office of Ireland:

Ireland is empty because people moved away.

There were all the people that died in the massive famine.

But post-famine emigration is really what depopulated Ireland.  The whole story of Ireland is people moving away.

Even James Joyce looked for a life elsewhere.

The people of Ireland were themselves once refugees.

They weren’t always looked fondly on either. 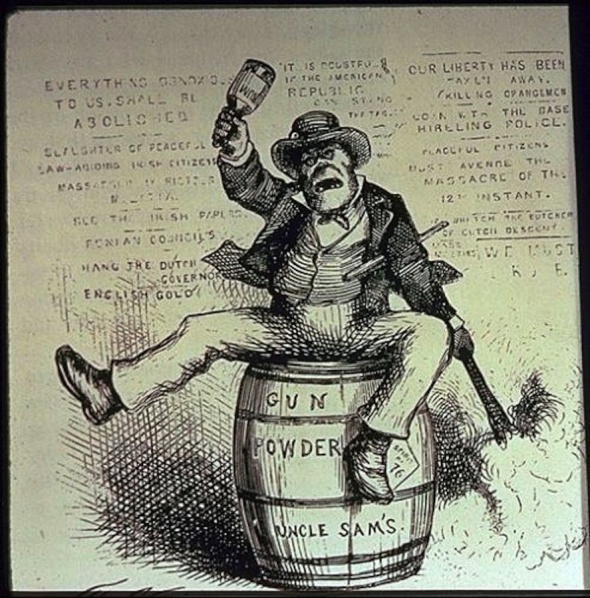 from this great (?) Atlantic collection of racist anti-immigrant cartoons

They were considered to be dirty and dangerous fundamentalists from a scary religion.

Now look at them. 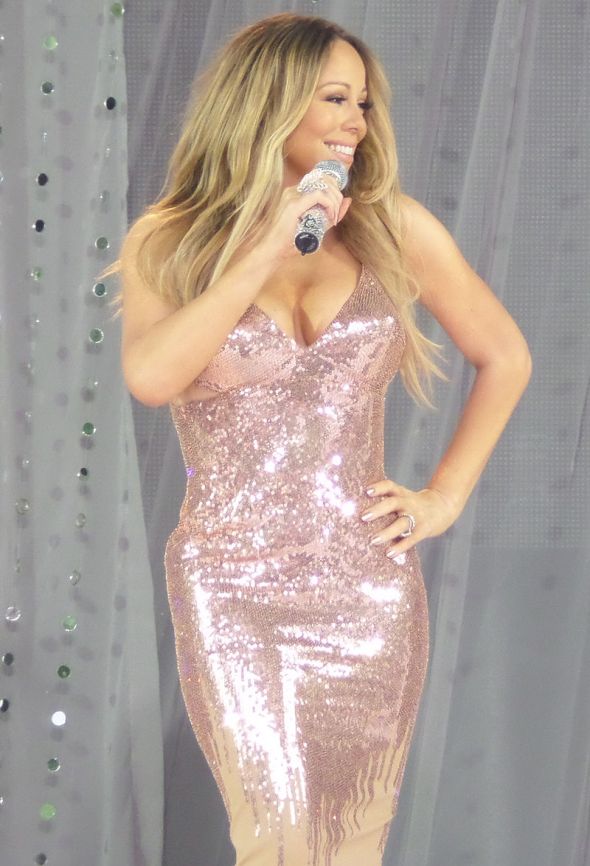 “Her father, Alfred Roy Carey, was of African American and Afro-Venezuelan descent, while her mother, Patricia (née Hickey), is of Irish descent.”

According to the Census, there are 34.5 million Americans who list their heritage as either primarily or partially Irish. That number is, incidentally, seven times larger than the population of Ireland itself (4.68 million).

That’s just the USA.  There are something like two million Irish Australians and four millionish Irish Canadians.

What a great chance for Ireland to return the favor!

What a cool national mission for Ireland! 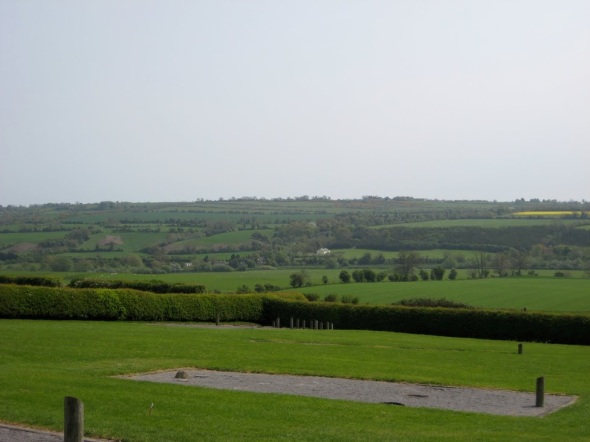 some people could live here

But that will destroy the unique national character of Ireland!

First of all, maybe they won’t, maybe they’ll adapt to it.  Or, as immigrants have done everywhere, offer new foods, traditions, ideas, and stir themselves into an overall blend. 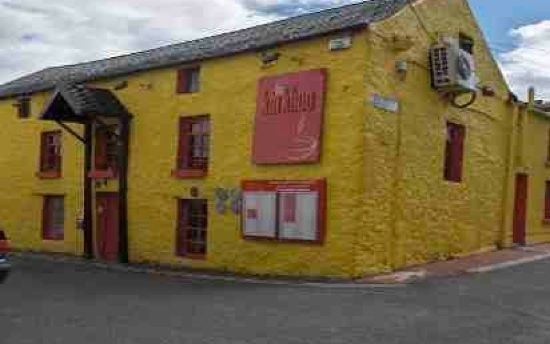 You telling me Athlone isn’t happy to have Thai restaurant Kin Khao? Check out the reviews!

Second of all Irish culture is pretty darn resilient, there’s dudes in Southie three generations removed who’ve never visited the place who have shamrock tattoos and sing some fraction of the songs while they get drunk together.

The Irish are great preservers

Third of all Irish culture has been well-preserved already.

You can count on the Irish to do a fine job preserving.  source, shoutout to Wiki user Dilif

You can count on the Irish to do a solid preservation job.

(This song about boiling a policeman and spreading him like pavement is a fair example of Irish culture*.)

Frankly Irish culture could use a bit of a jolt.

Taking in two million refugees is a challenge.

But Ireland is up to it.  This country is one of the best ever producers of nurses, caregivers, teachers, cops.  It could be a a national project that would bring out the best in them.

You don’t think largely ceremonial president Michael D. Higgins could inspire and lead his countrymen in this task?

In conclusion, Ireland should take in two million immigrants. 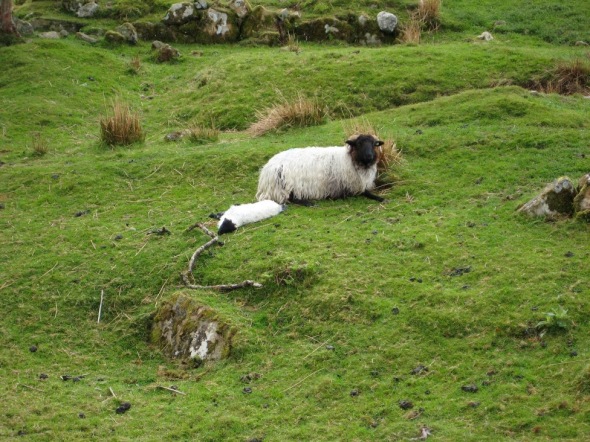 Honestly it’s mostly sheep over there.

By the way, not asking Ireland to do anything I wouldn’t do myself.  You could argue California has already taken in two million refugees.  I haven’t crunched the numbers yet but I think we could take in a million more.

* I’m aware the song was written by a Scottish person

2 Comments on “Ireland should take in two million refugees”