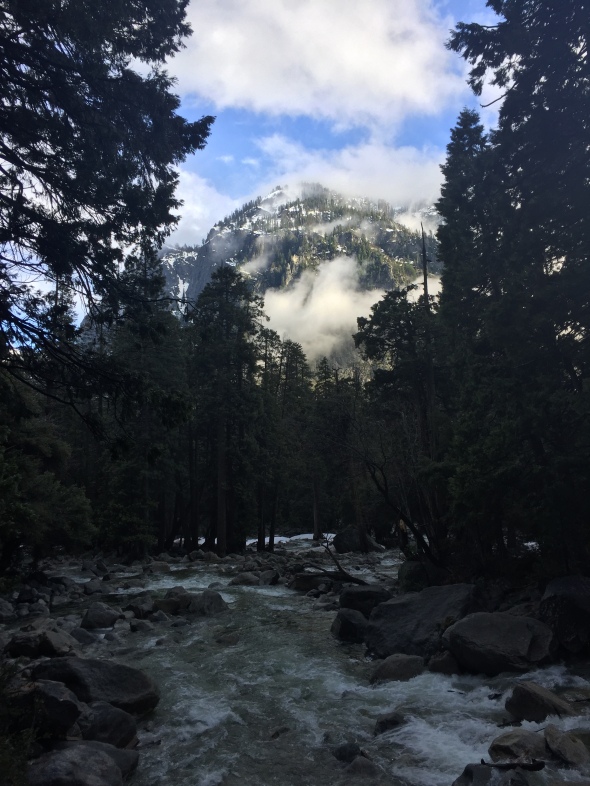 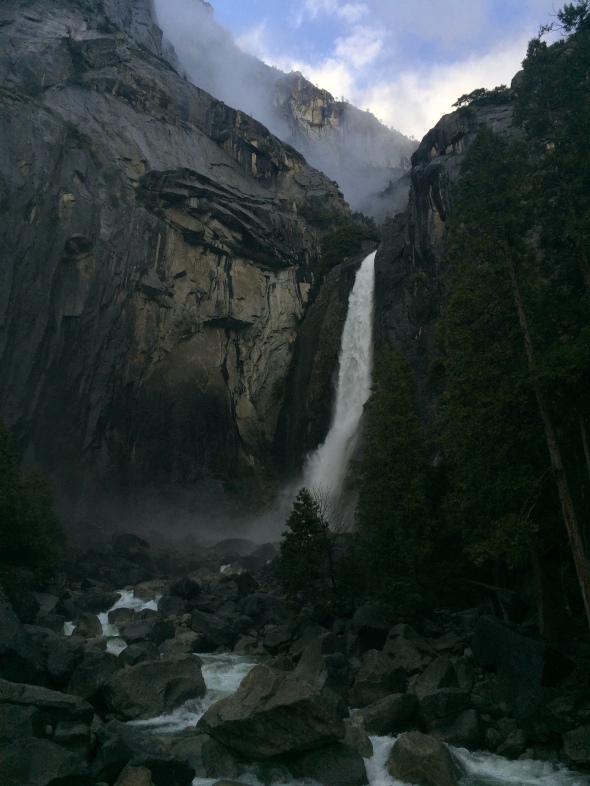 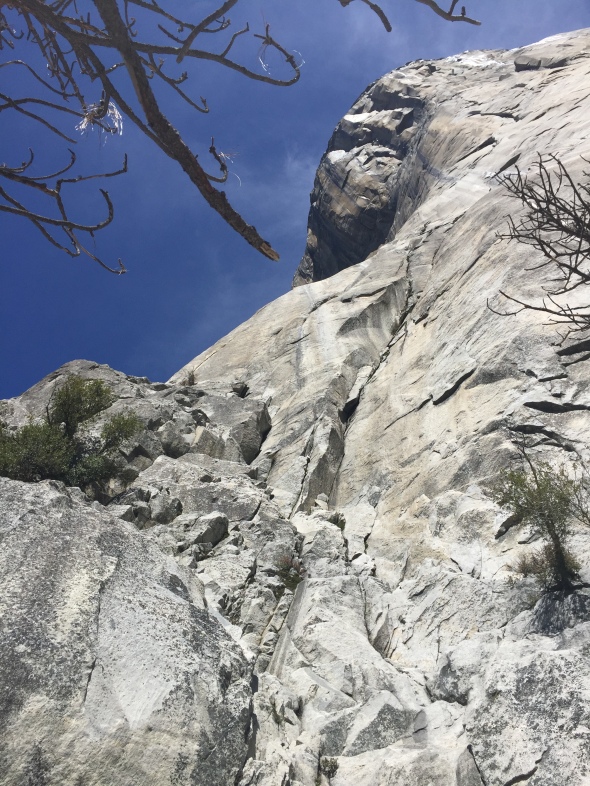 Yosemite has to be one of the most photographed places in the world.  Yet, everyone there is: producing more photos.  You walk around and see everyone with their phones out, snapping away.  Or people not satisfied with phones, hauling big cameras too.

What is the meaning of continuing to photograph it?  Maybe there’s an appeal like what draws rock climbers there, you want to try your stuff on the famous playground of the masters.

My mind was opened reading this Playboy interview with Ansel Adams, where he talks about trying to make the photograph capture what he was feeling:

Similarly, while the landscapes that I have photographed in Yosemite are recognized by most people and, of course, the subject is an important part of the pictures, they are not “realistic.” Instead, they are an imprint of my visualization. All of my pictures are optically very accurate–I use pretty good lenses–but they are quite unrealistic in terms of values. A more realistic simple snapshot captures the image but misses everything else. I want a picture to reflect not only the forms but what I had seen and felt at the moment of exposure.

Playboy: When did you know you could accomplish it?
Adams: I had my first visualization while photographing Half Dome in Yosemite in 1927. It was a remarkable experience. After a long day with my camera, I had only two photographic plates left. I found myself staring at Half Dome, facing the monolith, seeing and feeling things that only the photograph itself can tell you. I took the first exposure and, somehow, I knew it was inadequate. It did not capture what I was feeling. It was not going to reflect the tremendous experience. Then, to use Stieglitz’ expression, I saw in my mind’s eye what the picture should look like and I realized how I must get it. I put on a red filter and figured out the exposure correctly, and I succeeded! When I made the prints, it proved my concept was correct. The first exposure came out just all right. It was a good photograph, but it in no way had the spirit and excitement I had felt. The second was Monolith, the Face of Half Dome, which speaks for itself.