A Confederate General from Big Sur by Richard Brautigan

It was during the second day of the Battle of the Wilderness.  A. P. Hill’s brave but exhausted confederate troops had been hit at daybreak by Union General Hancock’s II Corps of 30,000 men.  A. P. Hill’s troops were shattered by the attack and fell back in defeat and confusion along the Orange Plank Road.

Twenty-eight-year-old Colonel William Poague, the South’s fine artillery man, waited with sixteen guns in one of the few clearings in the Wilderness, Widow Tapp’s farm.  Colonel Poague had his guns loaded with antipersonnel ammunition and opened fire as soon as A. P. Hill’s men had barely fled the Orange Plank Road.

The Union assault funneled itself right into a vision of scupltured artillery fire, and the Union troops suddenly found pieces of flying marble breaking their centers and breaking their edges.  At the instant of contact, history transformed their bodies into statues.  They didn’t like it, and the assault began to back up along the Orange Plank Road.  What a nice name for a road.

On title alone this book had me.  I’d never read Brautigan, cult hero of the age when the Army was giving LSD to draftees.  This one came out in 1964.

Most of the book tells the story of the narrator living rough in Big Sur with Lee Mellon, who is convinced he’s descended from a Confederate general.

I met Mellon five years ago in San Francisco.  It was spring.  He had just “hitch-hiked” up from Big Sur.  Along the way a rich queer stopped and picked Lee Mellon up in a sports car.  The rich queer offered Lee Mellon ten dollars to commit an act of oral outrage.

Lee Mellon said all right and they stopped at some lonely place where there were trees leading back into the mountains, joining up with a forest way back in there, and then the forest went over the top of the mountains.

At times reading this book felt like talking to a person who is on drugs when you yourself are not on drugs.  By the end of this short book it felt little tedious.  The semi-jokes seemed more like dodges.

Still, Brautigan has an infectious style.

Like much of Brautigan’s work, Confederate General belongs, at least partly, to a broad category of American literature – stories dealing with a man going off alone (or two men going off together), away from the complex problems and frustrations of society into a simpler world closer to nature, whether in the woods, in the mountains, on the river, wherever.

For a more satisfying read on men going off away from the complex problems and frustrations of society in the same region, I might recommend: 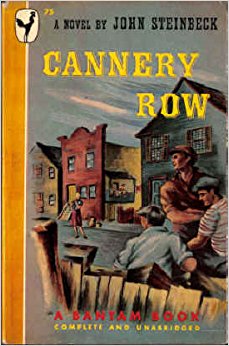 source for that great cover

but it’s short and alive.  The few short passages about the Civil War were my favorite.

We left with the muscatel and went up to the Ina Coolbrith Park on Vallejo Street. She was a poet contemporary of Mark Twain and Brett Harte during that great San Francisco literary renaissance of the 1860s.

Then Ina Coolbrith was an Oakland librarian for thirty-two years and first delivered books into the hands of the child Jack London.  She was born in 1841 and died in 1928: “Loved Laurel-Crowned Poet of California,” and she was the same woman whose husband took a shot at her with a rifle in 1861.  He missed.

“Here’s to General Augustus Mellon, Flower of Southern Chivalry and Lion of the Battlefield!” Lee Mellon said, taking the cap off four pounds of muscatel.

We drank the four pounds of muscatel in the Ina Coolbrith Park, looking down Vallejo Street to San Francisco Bay and how the sunny morning was upon it and a barge of railroad cars going across to Marin County.

“What a warrior,” Lee Mellon said, putting the last 1/3 ounce of muscatel, “the corner,” in his mouth.

According to Michael Caines, writing in the Times Literary Supplement, the story that Brautigan left a suicide note that simply read: “Messy, isn’t it?” is apocryphal. 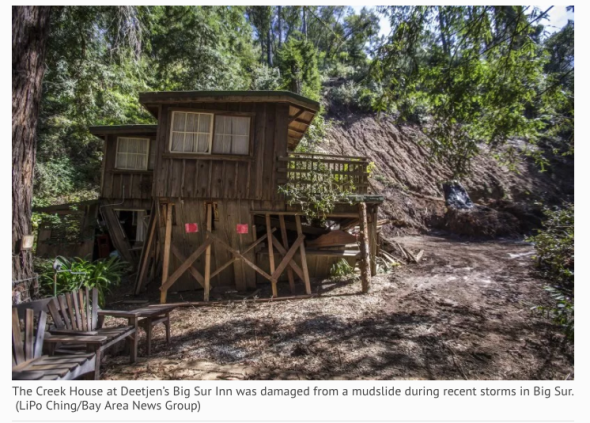