It’s possible to be noble and admirable and honorable and really wrong.  Like, a force for wrongness.

Watched his entire press conference re: presidential respect for fallen soldiers.  Found it very moving.  He mentions walking for hours in Arlington National Cemetery to collect his thoughts.  Maybe he should send the president.

In one of the infinite amazing connections of American history Arlington National Cemetery was built on the grounds of Lee’s wife’s house.

What about General Robert E. Lee?

The single greatest mistake of the war by any general on either side was made by Robert E. Lee at Gettysburg, when he sent Pickett’s and Pettigrew’s divisions across that open field, nearly a mile wide, against guns placed on a high ridge and troops down below them, with skirmishers out front. There was no chance it would succeed. Longstreet told him that beforehand and Lee proceeded to prove him right. Having made this greatest of all mistakes, Lee rode out on the field and met those men coming back across the field— casualties were well over fifty percent—and said, It’s all my fault. He said it then on the field; he said it afterwards, after he’d gotten across the Potomac; he said it in his official report a month later. He said, I may have asked more of my men than men should be asked to give. He’s a noble man, noble beyond comparison.

(from the Paris Review interview with Shelby Foote) 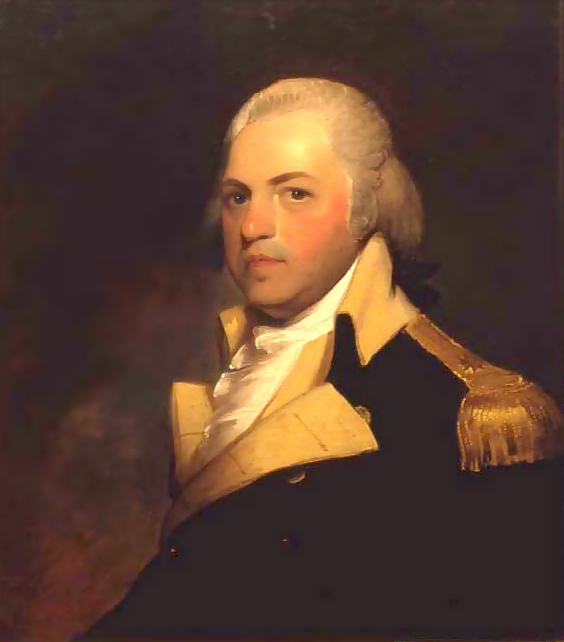 Why did people love Robert E. Lee so much?  He was handsome, for one thing.  Here’s Elizabeth Brown Pryor going off in her Six Encounters With Lincoln:

They liked Lee too because he reminded of them of George Washington.

Is this interesting?: two of the most prominent American slaveholders, Washington and Lee, only owned slaves because they’d married rich women.

Anyway: whatever, it’s time for some new statues!

John Kelly made his most recent remarks about Lee on The Ingraham Angle on Fox News.

During that appearance, Kelly says something not true, that the events in the indictment came from well before Manafort knew Donald Trump.  Not true, if we believe Slate’s helpful timeline. Manafort and Trump have known each other since the ’80s.

Didn’t Manafort live in Trump Tower off the money he made as a lobbyist for dictators? 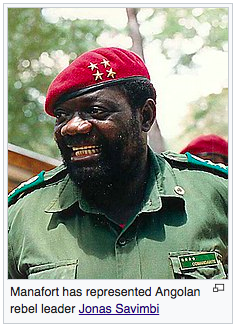 Kelly also says that the part about where got wrong what Fredrica Wilson said at the FBI dedication, that part “we should just let that go.”

Also brooooo!  What is American history up to the Civil War but a history of compromises?

Happened to read an interview in PRISM, a publication of the Center For Complex Operations, with John Kelly yesterday.  He’s talking about his career leading the Southern Command, ie Central and South America. 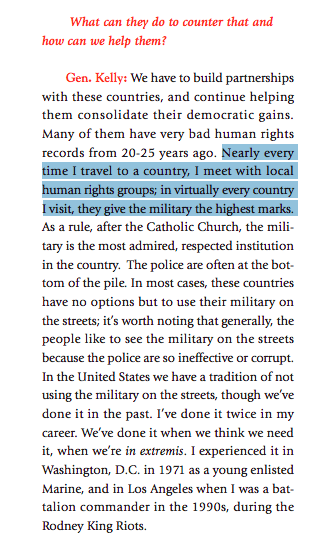 This was not my experience talking to Latin Americans.  More than one South American has pointed out to me that in their countries, “the troops” are not assumed to be good guys or on your side. 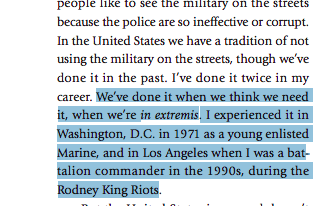 I wish John Kelly would also remember the time Henry Lee put himself in harm’s way to defend the freedom of the press.

During the civil unrest in Baltimore, Maryland in 1812, Lee received grave injuries while helping to resist an attack on his friend, Alexander Contee Hanson, editor of the Baltimore newspaper, The Federal Republican on July 27, 1812.

Hanson was attacked by a Democratic-Republican mob because his paper opposed the War of 1812. Lee and Hanson and two dozen other Federalists had taken refuge in the offices of the paper. The group surrendered to Baltimore city officials the next day and were jailed.

Laborer George Woolslager led a mob that forced its way into the jail, removed the Federalists, beating and torturing them over the next three hours. All were severely injured, and one Federalist, James Lingan, died.

Lee suffered extensive internal injuries as well as head and face wounds, and even his speech was affected. His observed symptoms were consistent with what is now called post-traumatic stress disorder.

Need to learn more about this!

Maybe a statue of James Lingan, outside Prospect House?: 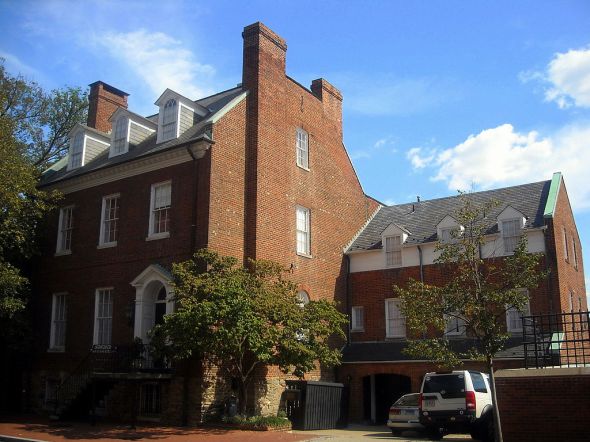 One last bit from Shelby Foote: 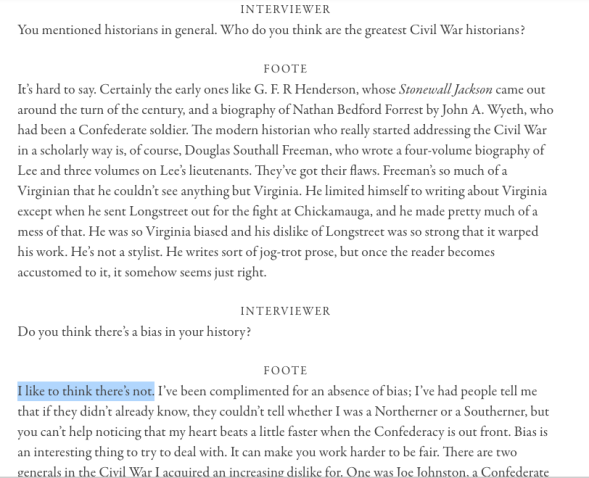 Bud, history always has bias!  You don’t think this guy 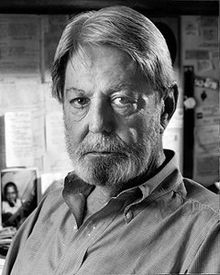 thought Lee was cool, if only because they looked alike?

Does Ta-Nahesi Coates get tired of having to say the same stuff over and over?:

“History’s history,” says John Kelly on The Ingraham Angle.  Is it?

Personally, when I think about John Kelly’s life, I’m prepared to cut him some slack, but man.  I can’t say he “gets it.”

Thomas Ricks, as always, has the take:

The comment of Kelly’s that hasn’t gotten the attention it deserves is when he half-jokingly suggests (around 26:41)

that they’re gonna replace the Washington Monument with Andy Warhol. 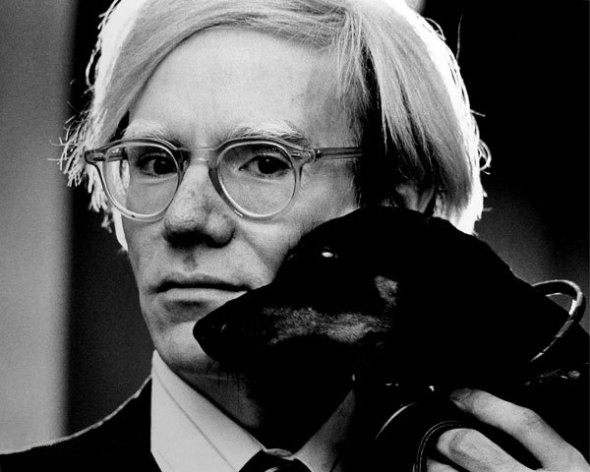