← No Jumper
A month away from WONDER TRAIL release →

In the Swabian dialect, “Nestle” is a small bird’s nest.

So says the Wiki for Henri Nestle.  I was reading about Nestle because I was trying to learn who owns the spring sources for the major bottled waters in the United States.

Here are our popular waters, by sales in billions of $$:

Nestle Pure Life as I understand it comes from springs in Canada:

Next is Poland Spring, owned by Nestle.  Vitaminwater I don’t care about. 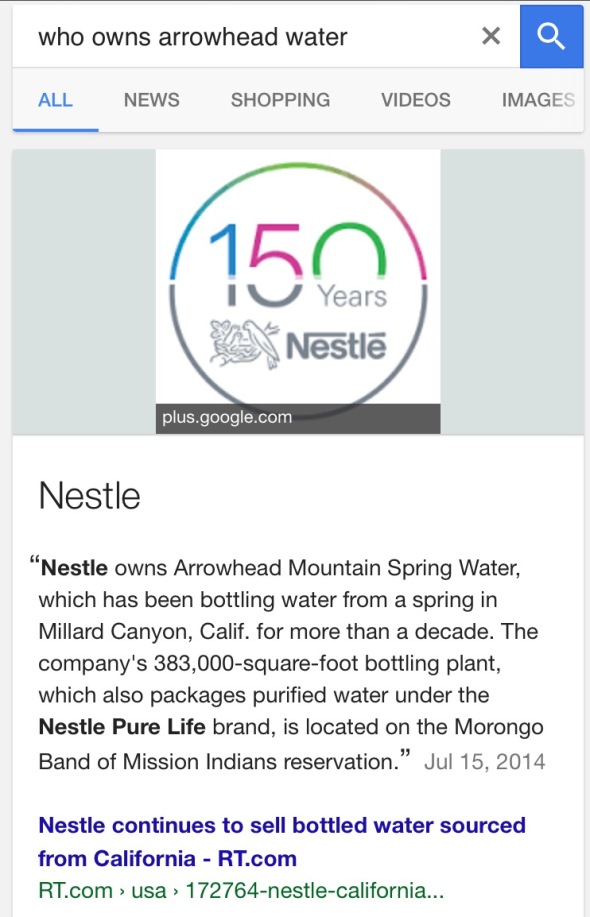 Here’s an interesting one: Crystal Geyser, the source of which is up on the 395, in bleak country near the Owens Lake, source of LA tap water:

The owner there is:

We had to check in with Anonymous Investor on that one:

I never heard of Otsuka before, but just browsed through their 2015 annual report.

Lots of interesting stuff here.  Most of their business (67%) is pharmaceuticals. And the lion’s share of that came from Abilify.  When Abilify went generic in 2015, their earnings dropped off a cliff, although they still managed to stay profitable.

Crystal Geyser is a tiny sliver of their business.  It’s part of their “consumer products” segment. An honor it shares with “Bon Curry,” a line of instant curries–

–and a Gatorade knockoff called “Match”.

All together, the consumer products division comprises only 2.8% of the company’s total sales.

So if you buy the stock, what you are getting is mostly the drug business.

Anyway.  If you wish to own fresh springs, the way to do it seems to be to buy Nestle stock, as Joshua Kennon enthusiastically advises.  Nestle also owns Perrier, whose slim cans I’m getting into.

You should never buy a stock though without looking at a picture of the company’s CEO.  What do we think of Paul Bulcke? 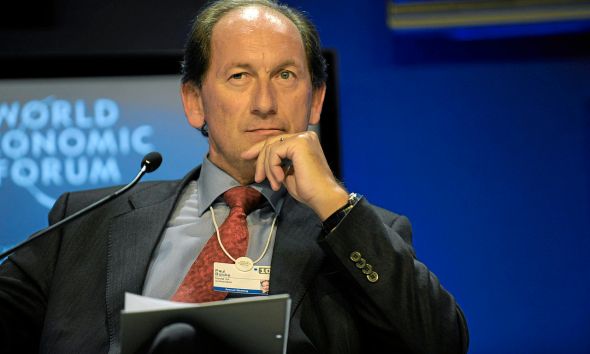 On August 30, 2012, Bulcke claimed that water is not a human right and should be privatized. He was quoted as saying “”If something isn’t given a value, people tend to waste it. Water is our most useful resource, but those using it often don’t even cover the costs of its infrastructure. Fresh water is being massively overused at nature’s expense, but it seems only a global crisis will make us realise the importance of the issue. What is environmentally unsustainable today will become socially unsustainable in the future,

(hmm, that quote is sourced on wiki to this article:

File this under our ongoing interest in “sources.”