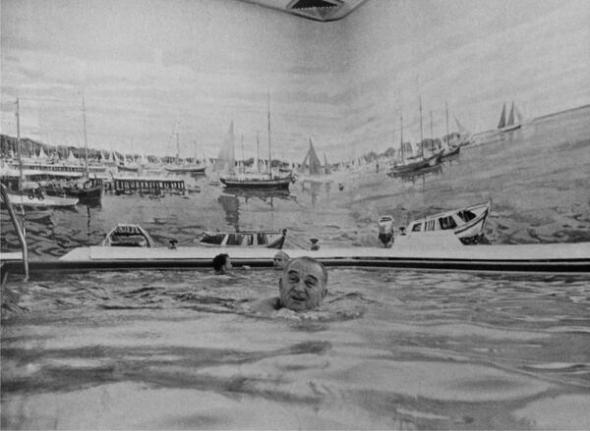 As the men and women of New York opened copies of the New York Daily News on March 14, 1933, they learned of a campaign to raise money for building the president a swimming pool at the White House. The effort was a way to honor President Franklin Roosevelt, a New York native who suffered from the crippling disease, poliomyelitis. The President often swam at therapy pools at his Hyde Park home in New York or at a center in Warm Springs, Georgia.

The campaign was a success, and the workmen gathered around the pool on June 2, 1933 to listen to President Roosevelt, who spoke from his wheelchair and thanked them for their work. The pool was built inside the west gallery between the White House and the West Wing in place of the old laundry rooms, which were moved to the basement of the mansion. Arched ceilings and high rows of half-mooned windows surrounded the rectangular pool. French doors opened into the Rose Garden. The president’s pool was a modern-day showcase of technology, featuring underwater lighting, sterilizers and the latest gadgets. For several years, he used it multiple times a day. Harry Truman swam in it frequently—with his glasses on.

When his son was in the White House, Joe Kennedy paid French artist Bernard Lamotte to paint a mural of sailing scenes and the harbor of Christiansted, St. Croix, US Virgin Islands:

From the JFK Library. http://www.jfklibrary.org/Asset-Viewer/Archives/JFKWHP-1962-06-04-B.aspx

I cannot find a picture of JFK in the pool. 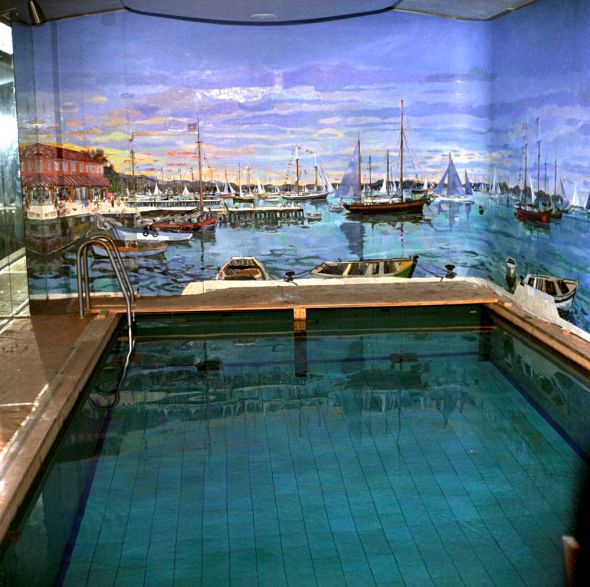 Here’s what the White House Museum says about the pool in the Kennedy years:

John Kennedy sometimes held swimming races with Cabinet members. He liked the pool so much that he made a habit of stopping by at noon, stripping down for a swim, and padding back to his bedroom for lunch and a nap in nothing but a robe. He did the same at the end of the day, dressing again for dinner. As a result, Chief Usher JB West observed, “John F Kennedy wore three separate suits of clothes every day of his White House life.”

I believe this was pre-mural?

Here is JFK’s sometime doctor Janet Travell in the pool. 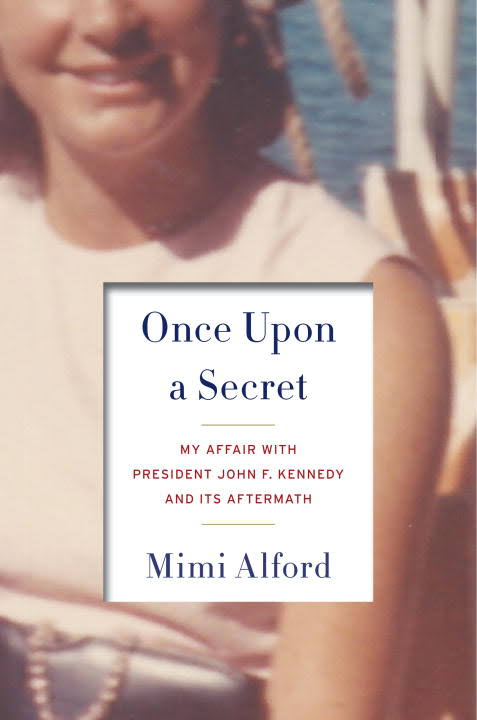 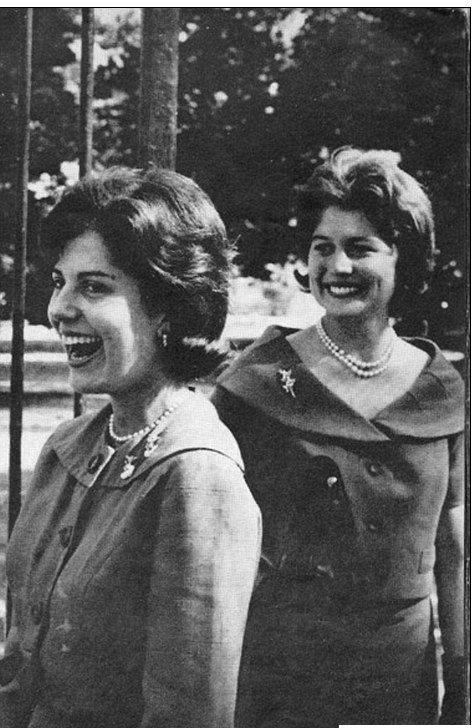 Can’t really sort out the origin of this photo. The Daily Mail cites it as being from “Wikipedia”

A lot of stories about JFK get thrown around as true without a lot of investigating into the source.  Who can say now what was happening in the pool?  Caitlin Flanagan reviewed Alford’s book here, her takes are always engaging:

The overheated White House swimming pool, painted in a lurid Caribbean theme (its renovation a kinky father-son gift from Joe to Jack), was, according to a number of respected sources (among them Seymour Hersh and three on-the-record Secret Service agents), the locus of endless lunchtime sex parties. Two young secretaries named Priscilla Wear and Jill Cowen—the now infamous Fiddle and Faddle—often left their desks to splash and skinny-dip with Jack, returning to their desks with wet hair so they could go on with their important work of autographing his photographs and wondering how to type. They, like Mimi, were regularly packed along on official trips, apparently so that the president could always get laid if there was any trouble scaring up local talent. Although neither has ever commented on their relationship with Kennedy, their joint interview for the JFK oral-history project is astonishing for the number of trips they casually allude to having taken with him; they were the sex-doll Zeligs of JFK’s foreign diplomacy, their eager faces just out of frame in Berlin, Rome, Ireland, Costa Rica, Mexico, and Nassau, to say nothing of their extensive domestic work in places like Palm Beach and Hyannis Port.
It’s impossible to think Jackie had no idea that any of this was taking place. Once while giving a Paris Match reporter a tour of the White House, she passed by Fiddle’s desk and remarked—acidly, and in French—“This is the girl who supposedly is sleeping with my husband.”

Say what you will about Nixon, he wasn’t frolicking with secretaries in the pool:

President Richard Nixon arranged for the construction of a press briefing room above the old pool to accommodate the growing demand for television news.

The old mural is now in the Kennedy Museum & Library in Boston:

The single best picture I can find of the pool shows astronaut Edward White throwing his daughter into it: 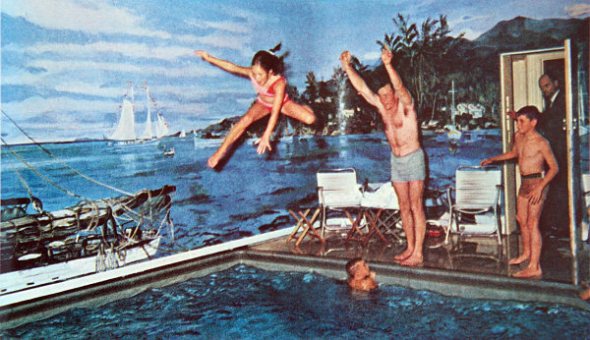 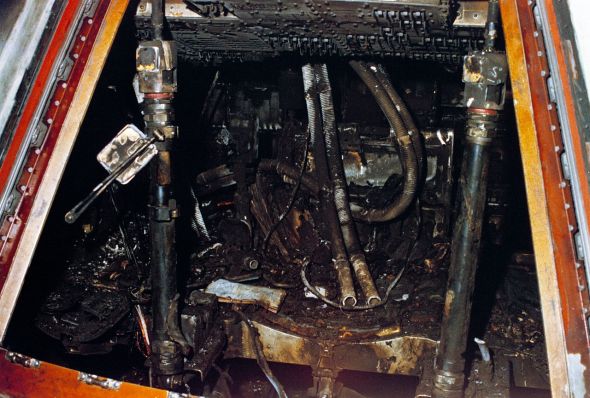 There is still an outdoor pool at the White House.