Julius Jacob von Haynau (14 October 1786 – 14 March 1853) was an Austrian general who was prominent in suppressing insurrectionary movements in Italy and Hungary in 1848 and later. While a hugely effective military leader, he also gained renown as an aggressive and ruthless commander. His soldiers called him the “Habsburg Tiger”; those opponents who suffered from his brutality called him the “Hyena of Brescia” and the “Hangman of Arad”.

I hope they mashed him good!  The mashers were from the Anchor brewery.  They should make Courage beer again. 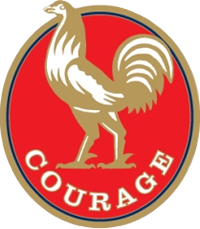