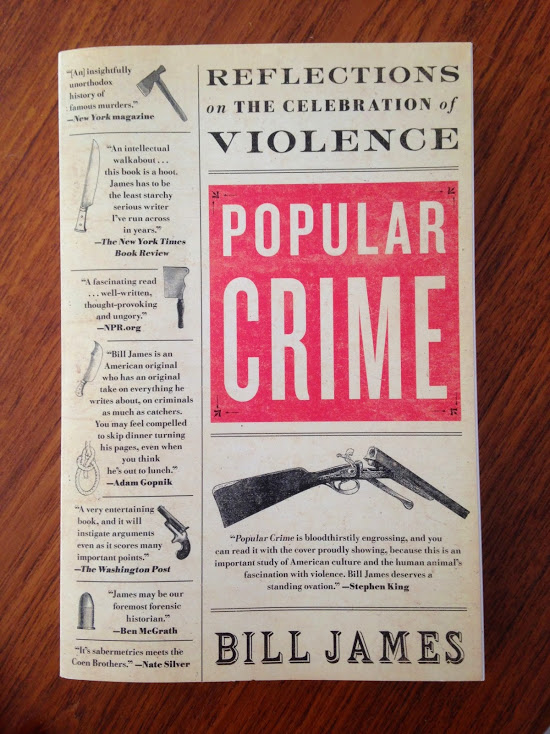 Bill James you may know, if you read Moneyball or follow baseball.  In the 1970s, while working as a nighttime security guard at a Van Camp’s pork and bean factory in Kansas, he spent his spare time researching interesting questions about baseball, writing them up, and self-publishing them:

A typical James piece posed a question (e.g.,“Which pitchers and catchers allow runners to steal the most bases?”), and then presented data and analysis written in a lively, insightful, and witty style that offered an answer.

Editors considered James’s pieces so unusual that few believed them suitable for their readers. In an effort to reach a wider audience, James self-published an annual book titled The Bill James Baseball Abstract beginning in 1977. The first edition of the book presented 80 pages of in-depth statistics compiled from James’s study of box scores from the preceding season and was offered for sale through a small advertisement in The Sporting News. 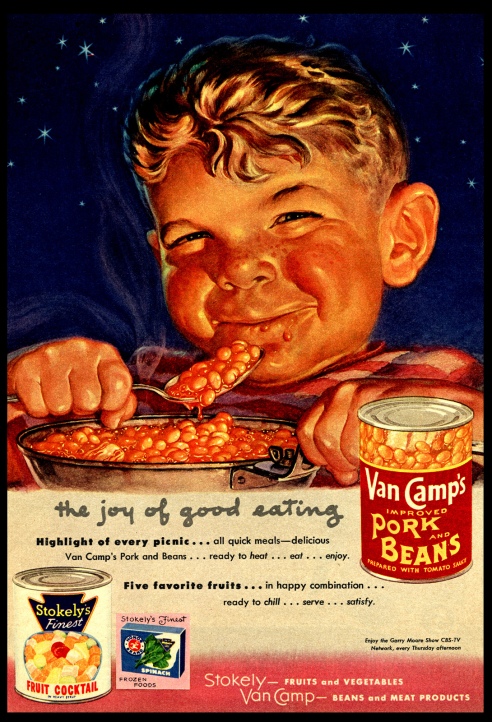 Bill James was also the last person from Kansas to be sent to Vietnam — that’s just the kind of trivia he likes to uncover, turn over, and then decide is interesting but irrelevant. 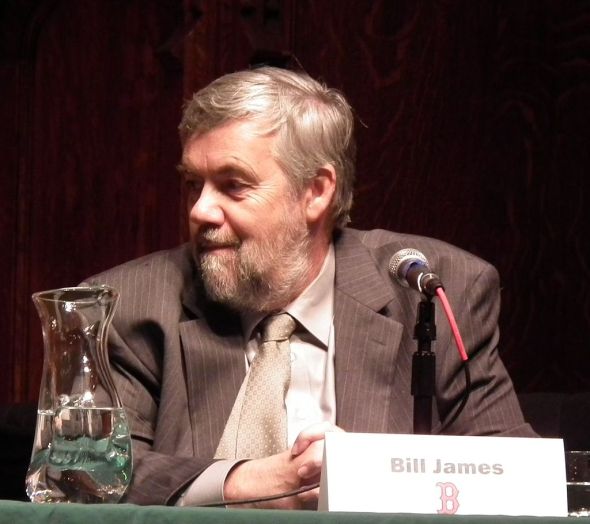 This book has a fantastic table of contents, allowing you to skip about to the crimes that pique your particular interest: 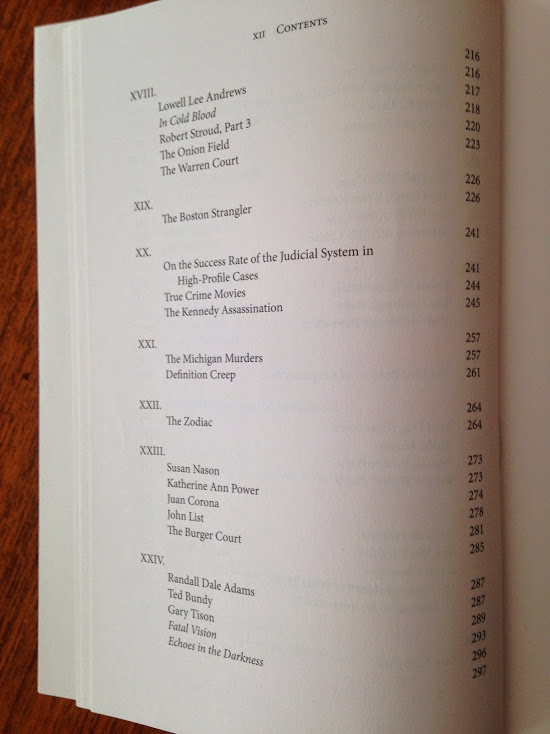 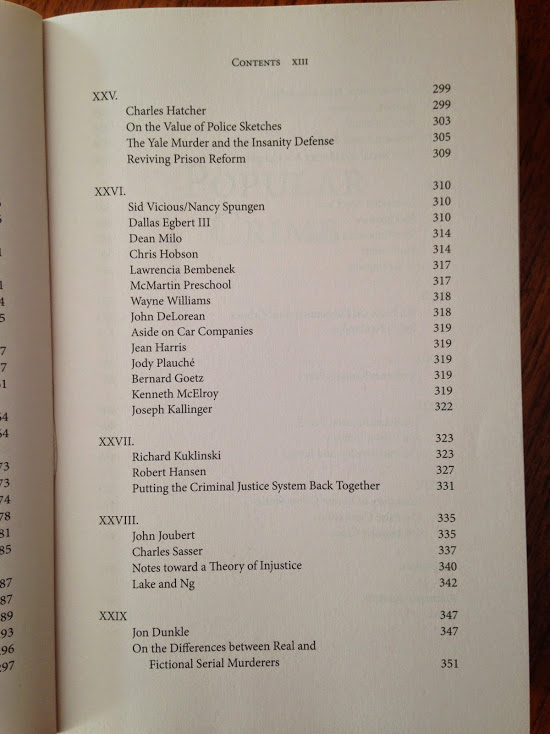 It’s also written in a terrific, casual style, that trusts the reader’s common sense and intelligence.  Here Bill James talking about how serial killers get caught, and a fact he’s concluded about serial killers: 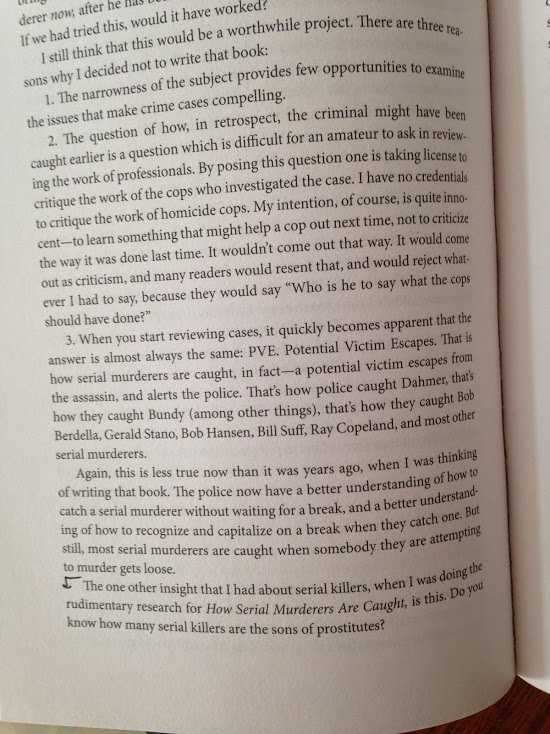 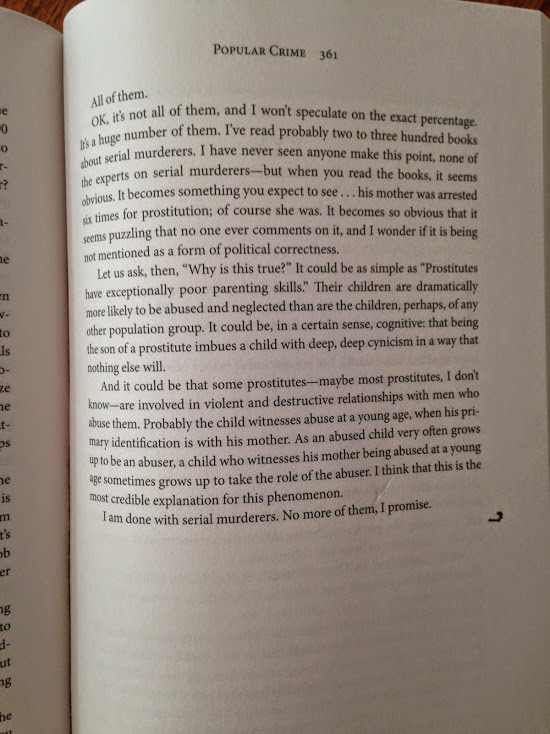 Here’s an excerpt on the OJ case – chose this more or less at random to show his style: 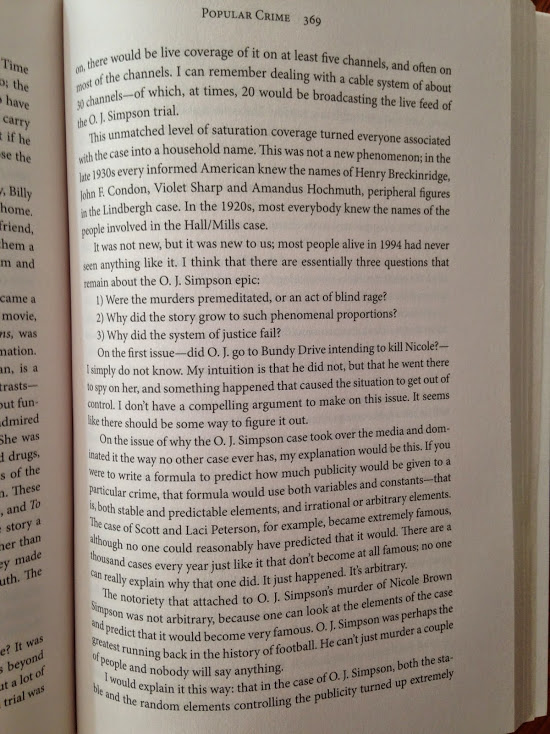 A James question from me: why isn’t this book more popular?  I think everyone I’ve recommended it to loves it, yet no one seems to have heard of it.

I’ve genuinely considered getting more into baseball just so I could read more of Bill James’ writings.  It wouldn’t be right to call his style “amateurish,” but there’s something about it that’s free from professional stiffness, though I suspect it takes years of practice to sound this natural.  It’s refreshing, and surprisingly rare.  He’s not trying to sound like anything except himself.

Here’s an interview with James on the book conducted by Chuck Klosterman.