Morrow quotes McCarthy as saying that “even people who write well can’t write novels… They assume another sort of voice and a weird, affected kind of style.  They think, ‘O now I’m writing a novel,’ and something happens.  They write really good essays… but goddamn, the minute they start writing a novel they go crazy“

In early 2008 Texas State University announced they’d acquired Cormac McCarthy’s papers.  The next year they made them available to scholars.  Now two books based on rummaging around in these notes have appeared. 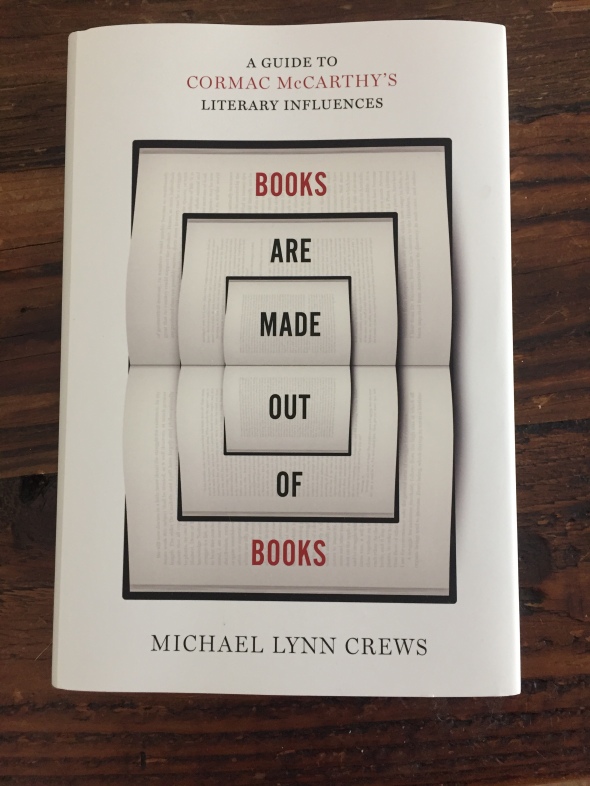 This one, by Michael Lynn Crews, explores the literary influences McCarthy drew on, which authors and books he had quotes from buried in his papers.

The quote about novelists going crazy is from a letter exchange McCarthy was having re: Ron Hanson’s novel Desperadoes, which McCarthy admired. 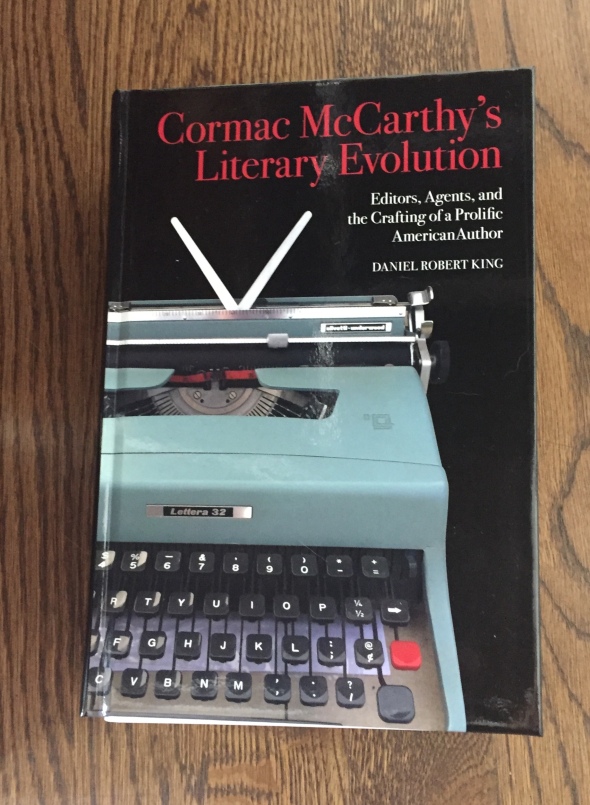 This one, by Daniel Robert King, takes more of a semi-biographical approach, tracing out what we can learn about McCarthy from his correspondence with agents and editors.  A sample:

Bought these books because it gives confidence to observe that somebody whose writing sounds like it emerged pronounced from the cliffs like some kind of Texas Quran had to work and revise and toss stuff and chisel to get there.

From these books it is clear:

These books are not necessary for the casual personal library, but if you enjoy gnawing on literary scraps, recommend them both.  From King:

However, in this same letter, he acknowledges that “the truth is that the historical material is really – to me – little more than a framework upon which to hang a dramatic inquiry into the nature of destiny and history and the uses of reason and knowledge and the nature of evil and all these sorts of things which have plagued folks since there were folks.”