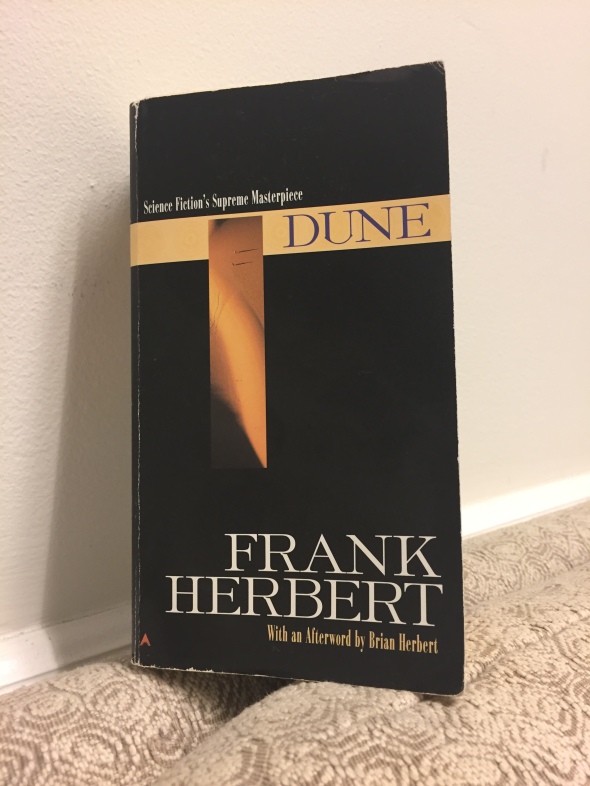 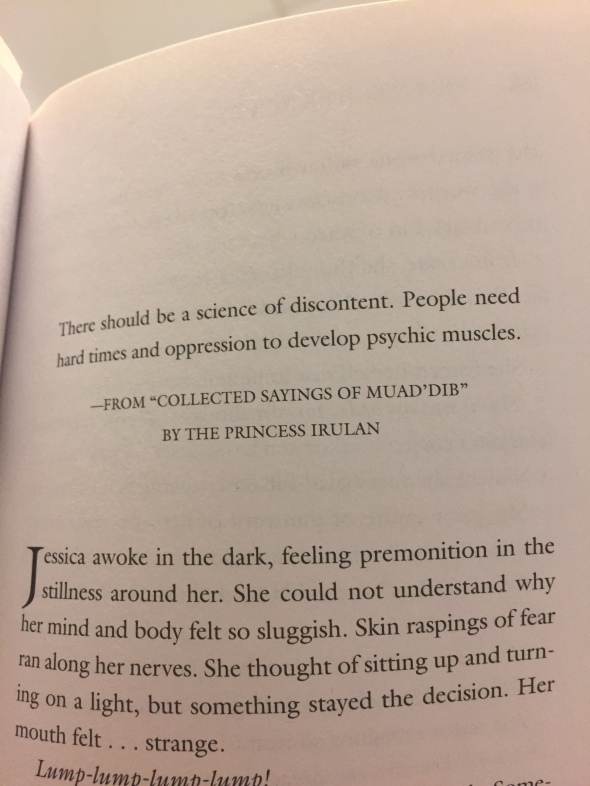 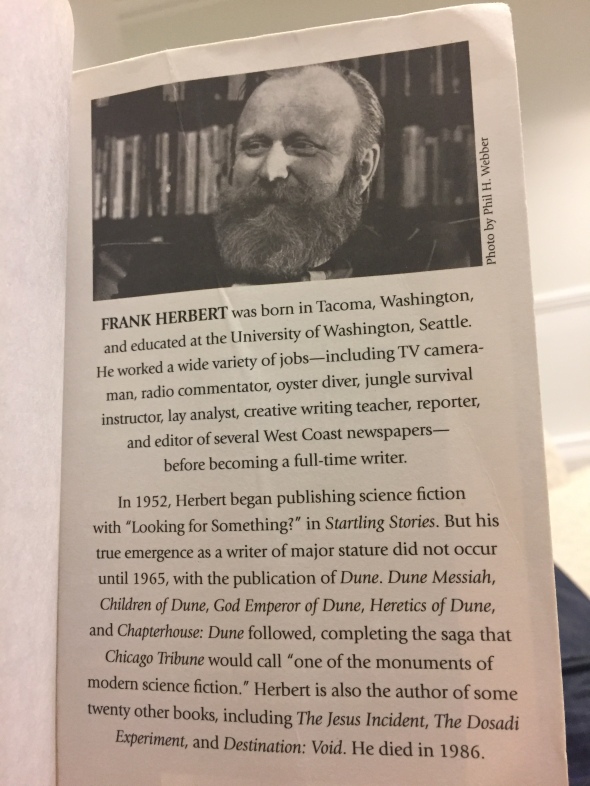 In WWII he was a Seebee: 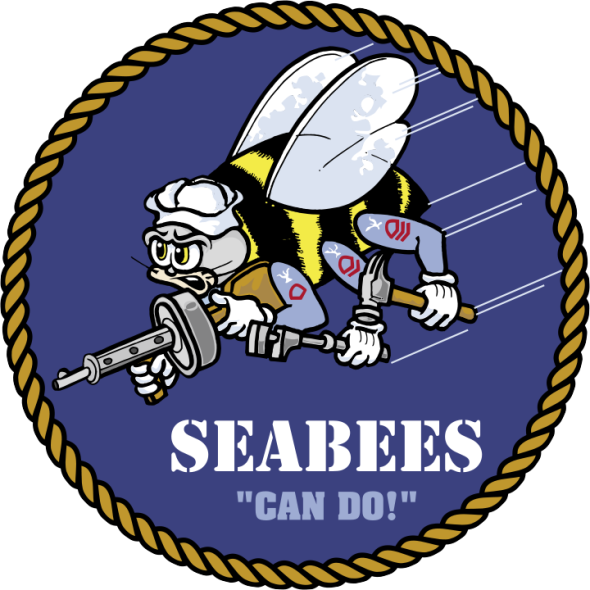 I think about the Seabees every time I drive up the Pacific Coast Highway and hit their base at Port Hueneme: 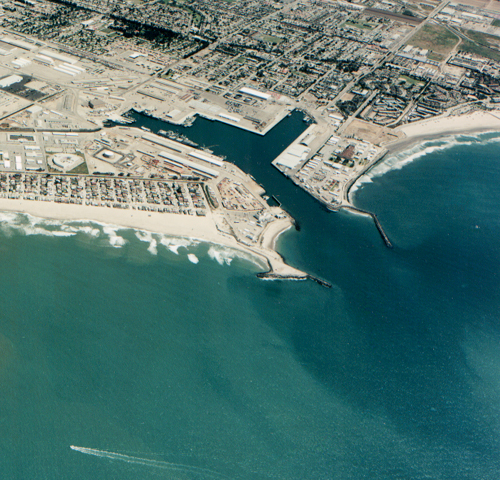 The idea for Dune came from dunes.

He later told Willis E. McNelly that the novel originated when he was supposed to do a magazine article on sand dunes in the Oregon Dunes near Florence, Oregon. 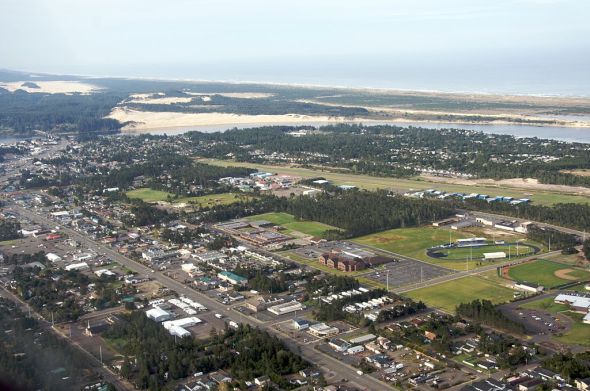 He became too involved and ended up with far more raw material than needed for an article. The article was never written, but instead planted the seed that led to Dune. 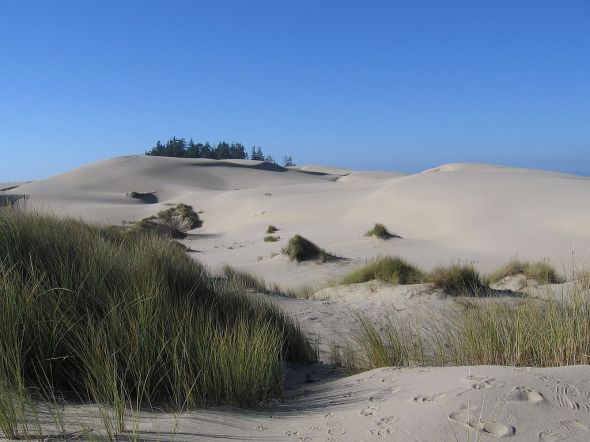 Dune was first published by Chilton Company, known for its auto repair manuals:

Sterling E. Lanier, an editor of Chilton Book Company (known mainly for its auto-repair manuals) had read the Dune serials and offered a $7,500 advance plus future royalties for the rights to publish them as a hardcover book.

Great take on writing from a man who generated many books:

A man is a fool not to put everything he has, at any given moment, into what he is creating. You’re there now doing the thing on paper. You’re not killing the goose, you’re just producing an egg. So I don’t worry about inspiration, or anything like that. It’s a matter of just sitting down and working. I have never had the problem of a writing block. I’ve heard about it. I’ve felt reluctant to write on some days, for whole weeks, or sometimes even longer. I’d much rather go fishing, for example, or go sharpen pencils, or go swimming, or what not. But, later, coming back and reading what I have produced, I am unable to detect the difference between what came easily and when I had to sit down and say, “Well, now it’s writing time and now I’ll write.” There’s no difference on paper between the two.[15]

PLOWBOY: So you think our country’s methods of instruction have a lot to do with the destruction of many family values?

HERBERT: Absolutely. By the time you have three or four generations of people who are taught not to trust their families and their families’ knowledge, individuals can really become separated from their roots. The effect is to make people feel like lost wanderers, or to cause them to think of themselves only in the role of their jobs, which is a complete misrepresentation of what it means to be alive.

Another lesson I learned in childhood is that what people do is just as important as—and maybe more so than—what they say. I had a marvelous object lesson in the difference between words and actions when I was in fourth grade. In those days I was bored to death by school, so I tended to cause a lot of trouble.

One day our teacher, a great big woman who wore eye-glasses that looked like the bottoms of pop bottles, caught me in the middle of a particularly heinous prank. She told me to stay after school and added, “I just don’t know what I’m going to do with you.”

Of course, I could imagine all kinds of horrible things she might do to me. Like the bastinado, or worse! But when school was over, she just made me sit and sit while she worked on papers. After what seemed like ages, she motioned me up to her desk, stared at me awhile—I could feel two holes being burned right through me—and then resumed her paperwork.

PLOWBOY: You must have been terrified.

With that, she grabbed me by the shoulders, began shaking me roughly, and cried, “I’m not mad at you, I’m not mad at you!” Well, I now know that teachers get long lectures during their training on the importance of keeping their tempers with their students, so I had said exactly the wrong thing to this woman. I may not have understood that at the time, but I didn’t have a bit of trouble realizing that my teacher—who was repeatedly screaming, “I’m not mad at you!”—was nearly out of her mind with rage.

That incident drove home the lesson that what people say often doesn’t agree with what they actually do. And that discovery played a big part in the shaping my thinking and behavior.

from an interview with Pat Stone in a 1981 issue of Mother Earth news.  Another gem:

I intend to add a solar collector over our swimming pool building to heat its water … and—for a time—I even raised chickens to provide manure for my methane experiments.

PLOWBOY: You feel that Kennedy was dangerous and Nixon was good for the country?

HERBERT: Yes, Nixon taught us one hell of a lesson, and I thank him for it. He made us distrust government leaders. We didn’t mistrust Kennedy the way we did Nixon, although we probably had just as good reason to do so. But Nixon’s downfall was due to the fact that he wasn’t charismatic. He had to be sold just like Wheaties, and people were disappointed when they opened the box.

I think it’s vital that men and women learn to mistrust all forms of powerful, centralized authority. Big government tends to create an enormous delay between the signals that come from the people and the response of the leaders. Put it this way: Suppose there were a delay time of five minutes between the moment you turned the steering wheel on your car and the time the front tires reacted. What would happen in such a case?

PLOWBOY: I guess I’d have to drive pretty slowly.

HERBERT: V-e-rrrrrrr-y slowly. Governments have the same slow-response effect. And the bigger the government, the more slowly it reacts. So to me, the best government is one that’s very responsive to the needs of its people. That is, the least, loosest, and most local government.

PLOWBOY: But you feel pretty sure humankind will be able to make the necessary changes?

HERBERT: I think they’ll be forced on us. Oh, we’ll make some mistakes. We’ll probably have a number of fanatic leaders and such to deal with in the years to come. I don’t see the future as being all sweetness and light, by any means. Learning from mistakes is a very slow process. It may take us 20,000 or 25,000 years to get to where, I feel, we have to go.

Herbert lived in Port Townsend, Washington for some time, not far from Cape Flattery.  I find this picture on PT’s wikipedia page: 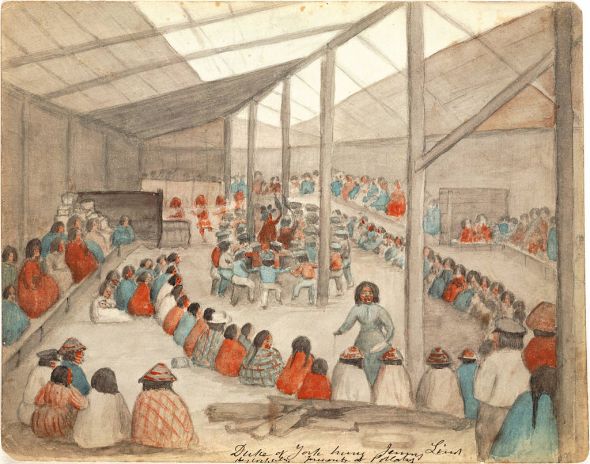 Depicted here is one of the wives of Cheech Ma Ham: 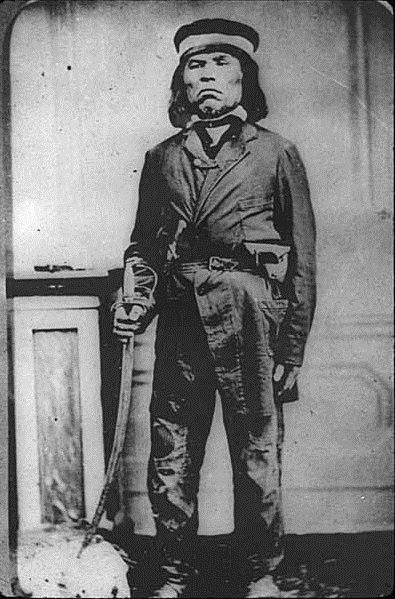 He has a ferry named after him. 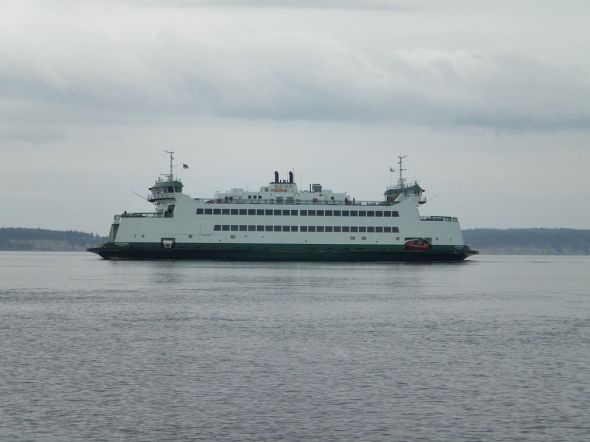 Jodowarsky’s Dune is a must watch.  Last I checked it was free on Netflix: