← Doesn’t this look like Garry Shandling?
I found this fellow in an old issue of Life magazine →

The Vine For America 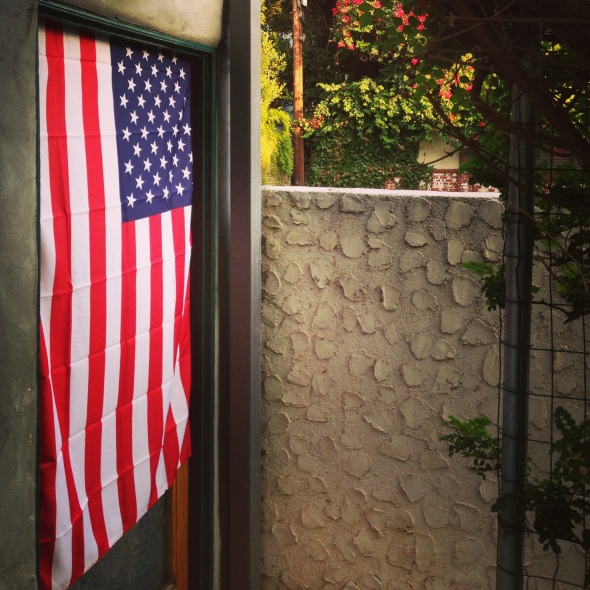 Needham, Massachusetts, where I spent my kidhood, had a fantastic Fourth of July parade.  Here’s some video of the local car dealer, who paints himself red and rides around pretending to be an Indian:

Part of the parade was a kids’ parade.  The prizes for the best float in the kids’ parade were fantastic.  One year my sister and I made a birthday cake for America and won a pool table.

Some weeks ago I had a vision: a Vine that was a synchronized dance move, set to a track that looped properly, so the annoyingly looping sound of Vine wouldn’t be a problem.  I realized this Vine should be America-themed.

Vine burned itself out and Instagram Video appeared, but by then it was in motion.

I recruited some awesome people I know:

Originally there were going to be tableaux representing our neighbors, Canada and Mexico.  Due to timing Mexico got cut, but God bless ’em.

The people assembled here are all up to various cool and interesting projects.

James Eagan is working on a documentary about The Vine For America.  I’ve seen a rough cut – it’s quite something.