← The hardest part is just getting it out
Great Blasket Island → 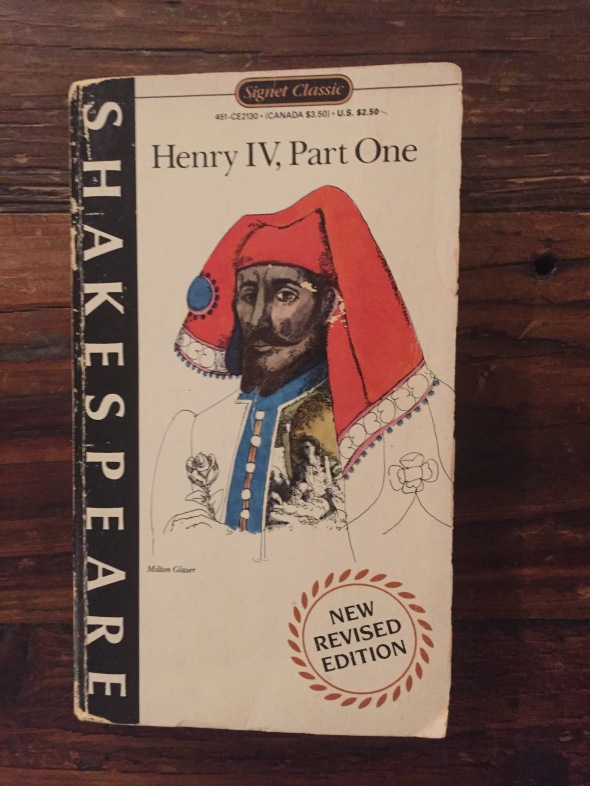 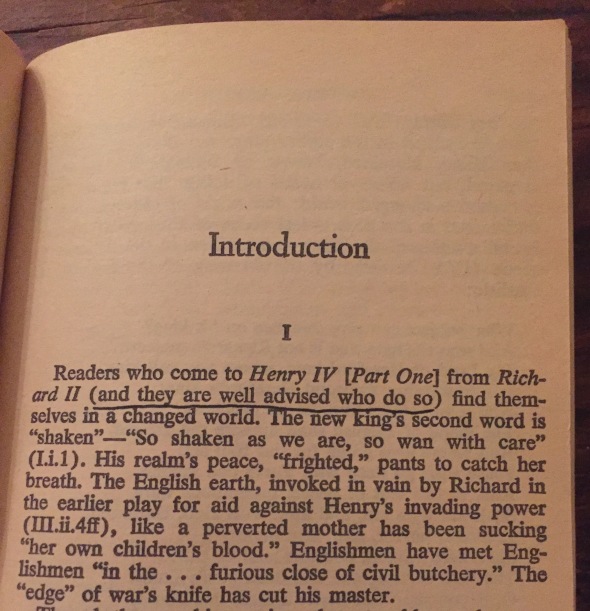 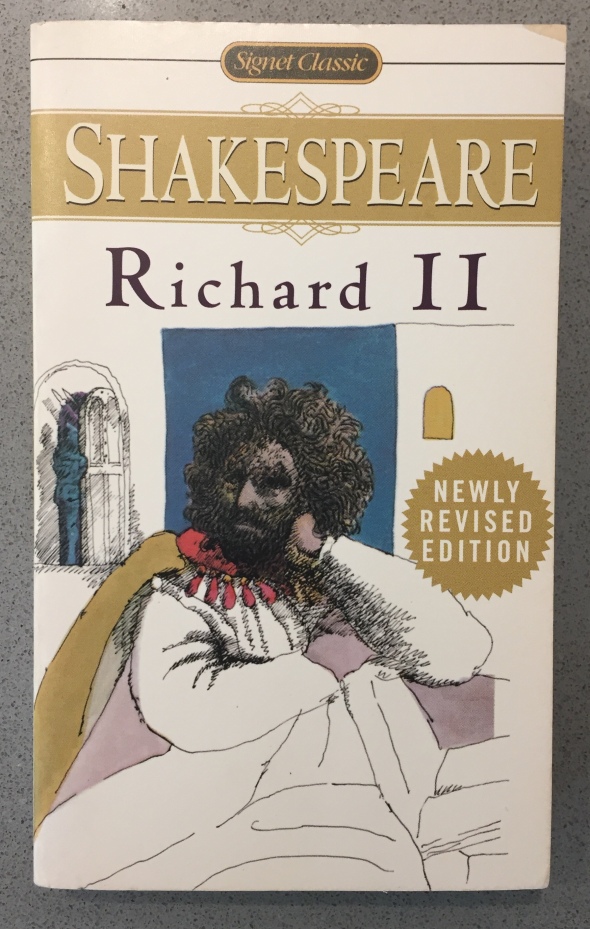 Didn’t get a ton out of Richard II, to be honest with you.  Professor McHugh tells me I’ll appreciate it if I read: 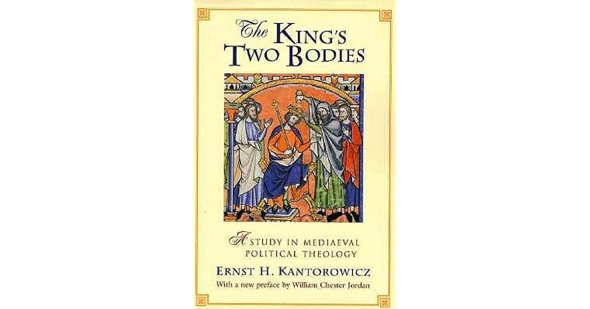 It’s all about how weird and hard it is for frail, weak Richard to be king.  He’s got his actual human body, which sucks, trying to rise up to be the Body Politic, the kingly body.  Or something. 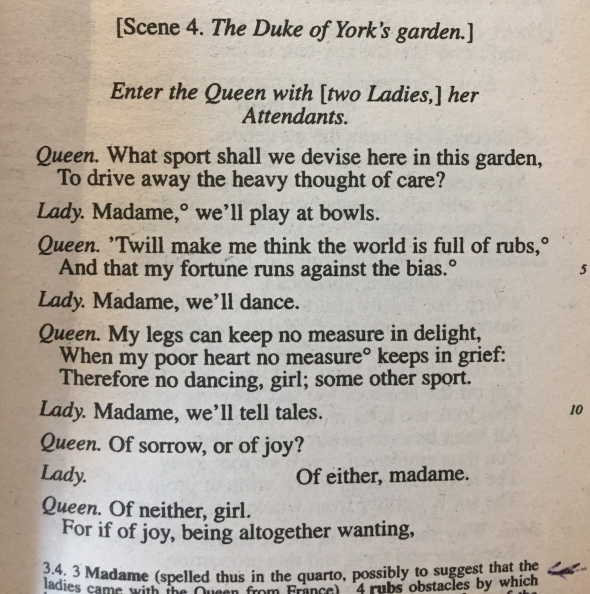 I appear to have marked this for some reason.

The play is mainly about a king waffling and reversing himself and causing problems.  Much of the play is people introducing themselves at a long tournament scene.

We do meet Henry Bolingbroke, who has a son whose thing is prostitutes and being a wastrel:

Can no man tell me of my unthrifty son?
‘Tis full three months since I did see him last;
If any plague hang over us, ’tis he.
I would to God, my lords, he might be found:
Inquire at London, ‘mongst the taverns there,
For there, they say, he daily doth frequent,
With unrestrained loose companions,
Even such, they say, as stand in narrow lanes,
And beat our watch, and rob our passengers;
Which he, young wanton and effeminate boy,
Takes on the point of honour to support
So dissolute a crew.

My lord, some two days since I saw the prince,
And told him of those triumphs held at Oxford.

And what said the gallant?

His answer was, he would unto the stews,
And from the common’st creature pluck a glove,
And wear it as a favour; and with that
He would unhorse the lustiest challenger.

That’s really gonna be the problem for the next couple plays: Henry Bolingbrook trying to get help from his son who would rather be unto the stews.

Without his unthrifty son, Bolingbroke still manages to depose Richard. 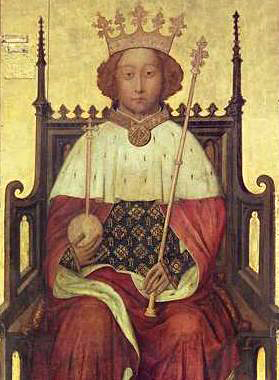 This makes him King Henry IV, but it’s kind of an unsteady position. 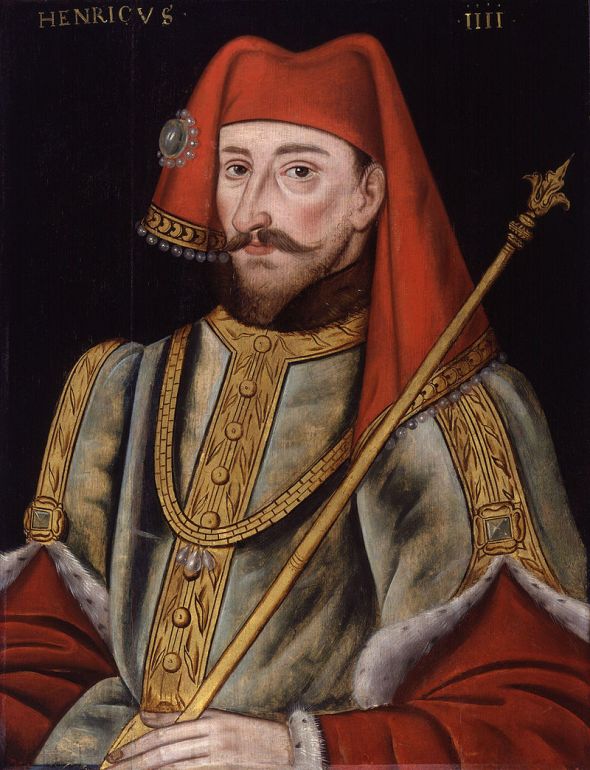 Henry IV feels bad when Richard ends up murdered, so he promises to go on a crusade to Jerusalem:

I’ll make a voyage to the Holy Land

To wash this blood off from my guilty hand.

In weeping after this untimely bier.

And with that we:

Now, listen.  Is reading Shakespeare even a worthwhile thing to do?

The plays were written to be heard, not read.

When Ben Jonson published his first folio, he was considered uppity for imagining that his plays were worthy of consideration. They were sketches for a whorehouse. You have to imagine Shakespeare’s plays being written between strippers carrying on.

so says Mark Rylance in this New Yorker profile.

Somewhere I can’t find now — the playbill for Jerusalem? — I read an interview with Rylance where he said something like.

In Shakespeare’s day you wouldn’t say have you seen Hamlet, you’d say have you heard Hamlet.  In that sense it was something more like a concert.

(Not an exact quote but close-ish).  More from Rylance, in The Telegraph:

He believes that Shakespeare “did not write literature”, claiming it is as bizarre to read his work on paper as it would be to study the Rolling Stones as poets.

“To take a song like Honky Tonk Woman and study it for its literature is fair enough, but if you’re going to then revere it as literature I think you’re doing a disservice to Mick Jagger and Keith Richards who would like it to be revered as a great rock and roll song,” he says.

Is reading Shakespeare as foolish as like, reading Nas raps written down?

So stay civilized, time flies. Though incarcerated your mind dies, I hate it when your moms cries. It kinda makes me want to murder, for real a/I even got a mask and gloves to bust slugs but one love

Both are bursts of verbal exuberance from a chaotic, semi-criminal urban world of blended culture and language. 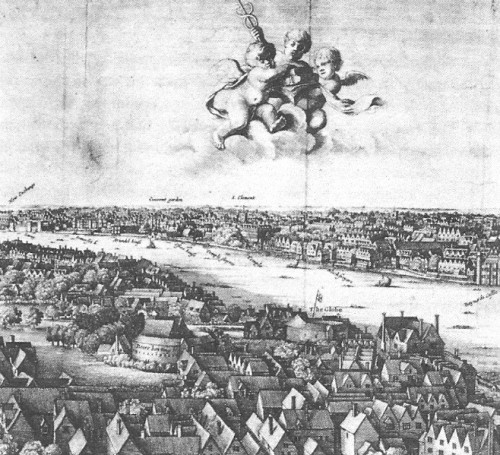 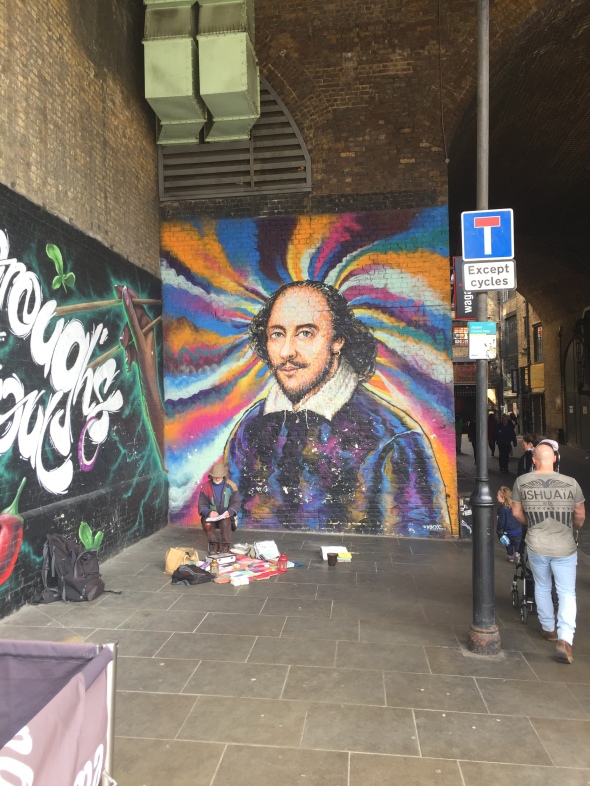 There are some powerful phrases in Henry IV, Part One.  I like when Sir Walter Blunt arrives, and the King says he is

Stained with the variation of each soil

Betwixt that Holmedon and this seat of ours.

The story of this play is that Henry (The King) is having a hard time with rebellious Henry Percy, aka Hotspur.   Not helping him is his son, Prince Hal, who just likes to party and drink with his pal Falstaff. 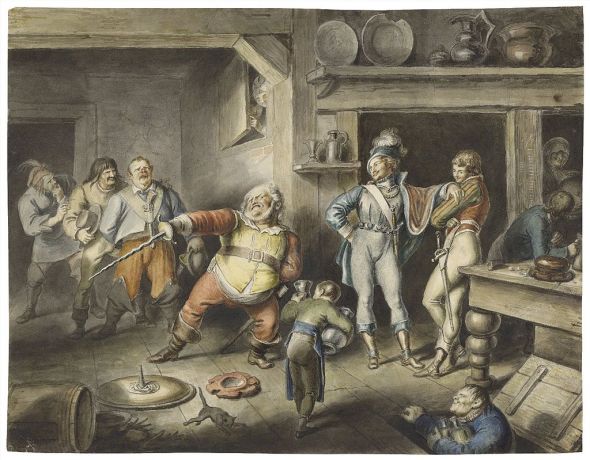 An 1829 watercolor by Johann Heinrich Ramberg of Act II, Scene iv: Falstaff enacts the part of the king.

Hotspur the rebel is a better, more viral example than his own son, and Henry knows it!  Driving him nuts.

Spoiler alert: by the end of the play Prince Hal gets his act together somewhat.

He and Hotspur face off at the battle of Shrewsbury.

Hotspur.  O Harry, thou hast robbed me of my youth!

I better brook the loss of brittle life

Than those proud title thou hast won of me.

They wound my thoughts worse than thy sword my flesh.

But thought, the slaves of life, and life, time’s fool,

And time, that takes survey of all the world,

Must have a stop.  O, I could prophesy,

But that the earthy and cold hand of death

Lies on my tongue.  No, Percy, thou art dust,

The big star of Henry IV, Part One, the guy who gets a lot of stage time for his clowning, is Falstaff.

Falstaff.  Why, there it is!  Come, sing me a bawdy song, make me merry.  I was as virtuously given as a gentleman need to be, virtuous enough: swore little, diced not above seven times a week, went to a bawdy house not above once in a quarter of an hour, paid money that I borrowed three or four times, lived well, and in good compass, and now I live out of all order, out of all compass.

Are you laughing your ass off yet?

Look, we’ll have more to say about Falstaff 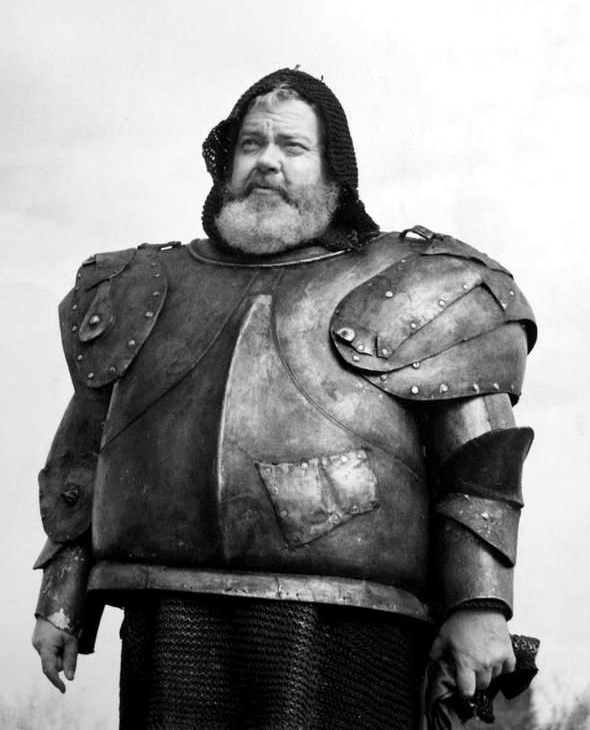 who will soon be played, right here in Los Angeles in a limited run next month, at the Japanese Garden of the West Los Angeles VA Healthcenter, by Tom Hanks.

(I believe tickets are free to veterans).

We intend to file a dispatch.

Just when one is about to give up on the whole project of reading the Henriad, you get to Henry IV, Part II. 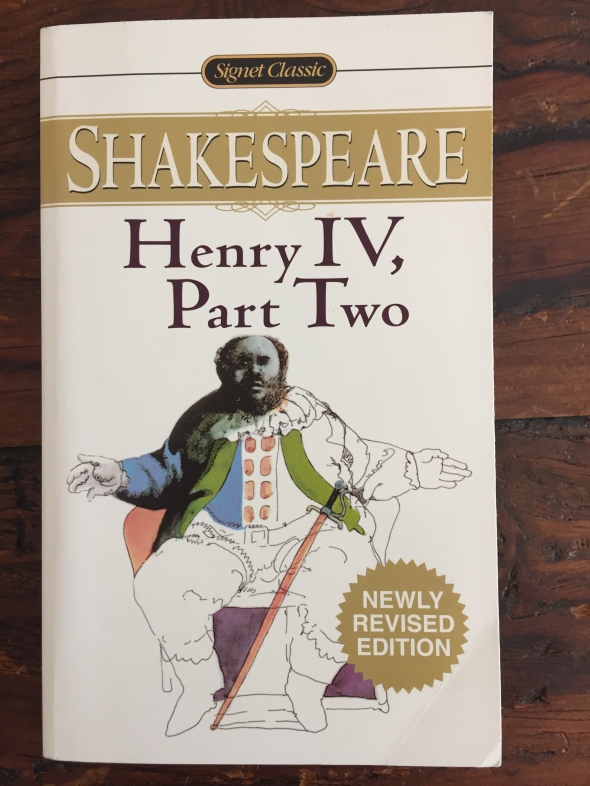 which starts off with a friggin bang: 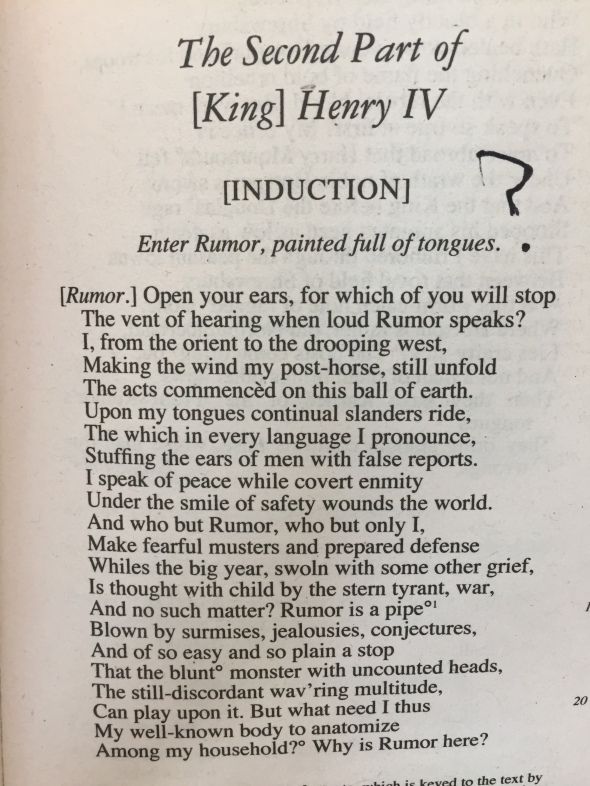 for which of you will stop

The vent of hearing when loud Rumor speaks? 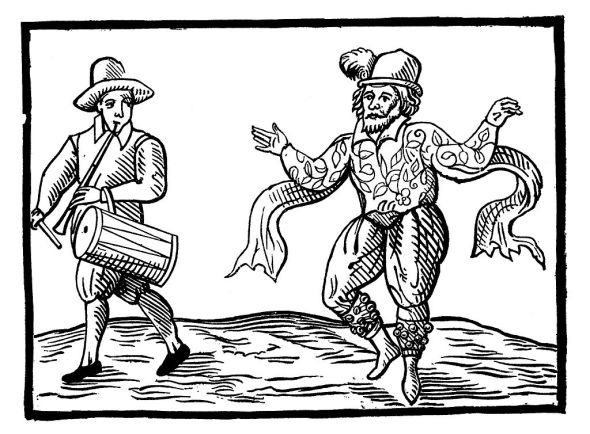 Let’s pick up there next time!  Thanks for joining Henry IV study buddies!