← Hollywood: The Dream Factory
The Evolution of Pace In Popular Movies →

Best as I can tell both the first and second Battles of Adobe Walls happened somewhere around here, near what’s now Stinnett, Texas, founded 1926 by A. P. Ace Borger. 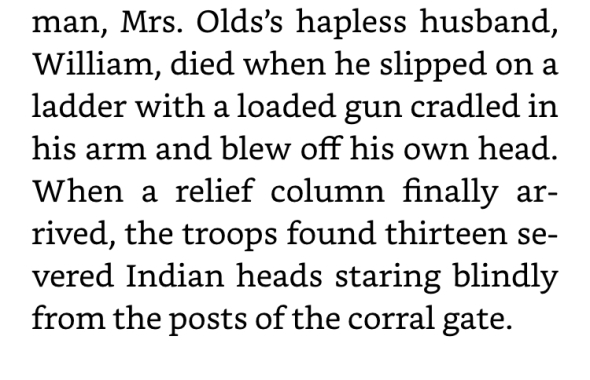 which I’m finding fantastic.  I’m not THAT into The Searchers the movie (I mean I think it’s cool) but this book is amazing as Texas history.  I’d put it on a shelf with God Save Texas by Lawrence Wright.  They can split the Helytimes J. Frank Dobie Texas History Prize for 2018. 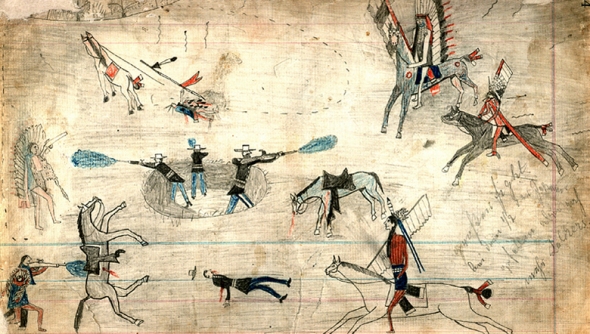 A Kiowa ledger drawing possibly depicting the Buffalo Wallow Battle in 1874, one of several clashes between Southern Plains Indians and the U.S. Army during the Red River War.

Billy Dixon was there: 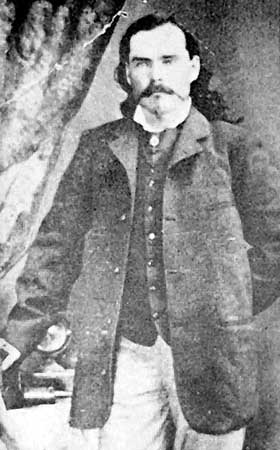 Billy Dixon during his days as an Indian scout. Only known picture of him while he still wore his hair long as he did during his Indian fights.

By August a troop of cavalry made it to Adobe Walls, under Lt. Frank D. Baldwin, with Masterson and Dixon as scouts, where a dozen men were still holed up.[1]:247 “Some mischievous fellow had stuck an Indian’s skull on each post of the corral gate.”[1]:248 The killing had not ended, however; one civilian was lanced by Indians while looking for wild plums along the Canadian River.

This wasn’t that long ago.

Maybe some day I’ll get to that part of Texas.  Long Texas drives have formed an important part of my life.  Wouldn’t have it any other way.