The scum of the earth

A French army is composed very differently from ours. The conscription calls out a share of every class — no matter whether your son or my son — all must march; but our friends — I may say it in this room — are the very scum of the earth. People talk of their enlisting from their fine military feeling — all stuff — no such thing. Some of our men enlist from having got bastard children — some for minor offences — many more for drink; but you can hardly conceive such a set brought together, and it really is wonderful that we should have made them the fine fellows they are.

Final costs were over £12 million (GBP) (equivalent to about U.S. $38.3 million in 1970), making Waterloo one of the most expensive movies ever made, for its time. Had the movie been filmed in the West, costs might have been as much as three times this. Mosfilm contributed more than £4 million of the costs, nearly 17,000 soldiers of the Soviet Army, including a full brigade of Soviet cavalry, and a host of engineers and labourers to prepare the battlefield in the rolling farmland outside Uzhhorod, Ukraine (then part of the Soviet Union).

To recreate the battlefield authentically, the Soviets bulldozed away two hills, laid five miles of roads, transplanted 5,000 trees, sowed fields of rye, barley and wildflowers and reconstructed four historic buildings. To create the mud, more than six miles of underground irrigation piping was specially laid. Most of the battle scenes were filmed using five Panavision cameras simultaneously – from ground level, from 100-foot towers, from a helicopter, and from an overhead railway built right across the location.

Happened to tape the film onto a VHS off Boston’s TV 38 in my boyhood and thought it was pretty good.

is a very compelling book on the topic.  Another great one by Howarth. 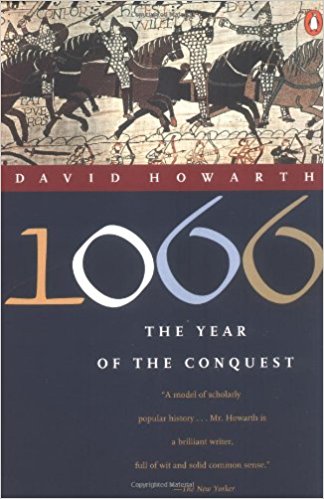 As quoted in A History of Warfare (1968) by Bernard Montgomery, 1st Viscount Montgomery of Alamein: “Sir Winston Churchill once told me of a reply made by the Duke of Wellington, in his last years, when a friend asked him: “If you had your life over again, is there any way in which you could have done better?” The old Duke replied: “Yes, I should have given more praise.”

The phrase “scum of the earth” turns up in some translations of 1 Corinthians 4:13.

He wrote a funny essay about his experience in the Army Reserve here.  And:

He was drafted into the United States Army in 1970. He trained as a medic and was stationed in West Germany. After being honorably discharged he used the benefits of the G.I. Bill to enroll in the California Institute of the Arts, and received a BAdegree in drama from The Evergreen State College in 1975.

Thomas Ricks of course has a Veteran’s Day guest post worth reading.