Saw this clip on some retweet of this fellow’s Twitter.

I was struck by

It appeared this was from the 2014 film The Gambler

The film is interesting.  Mark Wahlberg plays a compulsive gambler and English professor.  There are some extended scenes of Wahlberg lecturing his college undergrads on Shakespeare, Camus, and his own self-absorbed theories of literature, failure, and life.  The character is obnoxious, self-pitying, logorrheic and somewhat unlikeable as a hero. Nevertheless his most attractive student falls in love with him.  William Monahan, who won an Oscar for The Departed, wrote the screenplay. The film itself is a remake of 1974 movie directed by James Toback, in which James Caan plays the Mark Wahlberg role.

Here’s the interesting thing.  Watching the 2016 version, I realized the speech I’d seen on Twitter that first caught my attention is different.  The actor’s different — in the movie I watched it’s John Goodman.

What happened here?  Had they recast the actor or something?  The twitterer who put it up is from South Africa, did they release a different version of the movie there?

Did some investigating and found the version I saw was made by this guy, JL Collins, a financial blogger.

Here’s a roundup of his nine basic points for financial independence.

He did a pretty good job as an actor I think!  I believe the scene in the movie would be strengthened from the specificity of his advice.  And the line about every stiff from the factory stiff to the CEO is working to make you richer is cool, maybe an improvement on the script as filmed.  I’ll have to get this guy’s book.

It would make a good commercial for Vanguard. 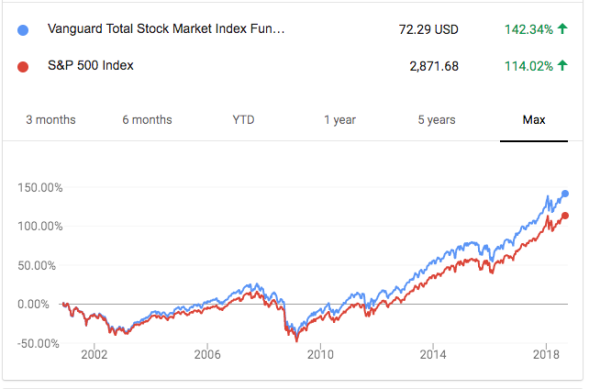 Readers, what does the one to one comparison of JL Collins and John Goodman teach us about acting?