How much would you pay for this painting?

Saw this clip on some retweet of this fellow’s Twitter.

I was struck by

It appeared this was from the 2014 film The Gambler 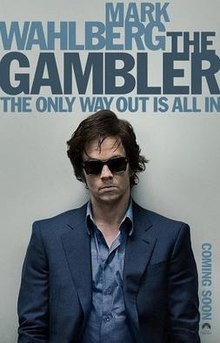 The film is interesting.  Mark Wahlberg plays a compulsive gambler and English professor.  There are some extended scenes of Wahlberg lecturing his college undergrads on Shakespeare, Camus, and his own self-absorbed theories of literature, failure, and life.  The character is obnoxious, self-pitying, logorrheic and somewhat unlikeable as a hero. Nevertheless his most attractive student falls in love with him.  William Monahan, who won an Oscar for The Departed, wrote the screenplay. The film itself is a remake of 1974 movie directed by James Toback, in which James Caan plays the Mark Wahlberg role.

Here’s the interesting thing.  Watching the 2016 version, I realized the speech I’d seen on Twitter that first caught my attention is different.  The actor’s different — in the movie I watched it’s John Goodman.

What happened here?  Had they recast the actor or something?  The twitterer who put it up is from South Africa, did they release a different version of the movie there?

Did some investigating and found the version I saw was made by this guy, JL Collins, a financial blogger.

Here’s a roundup of his nine basic points for financial independence.

He did a pretty good job as an actor I think!  I believe the scene in the movie would be strengthened from the specificity of his advice.  And the line about every stiff from the factory stiff to the CEO is working to make you richer is cool, maybe an improvement on the script as filmed.  I’ll have to get this guy’s book.

It would make a good commercial for Vanguard.

Readers, what does the one to one comparison of JL Collins and John Goodman teach us about acting? 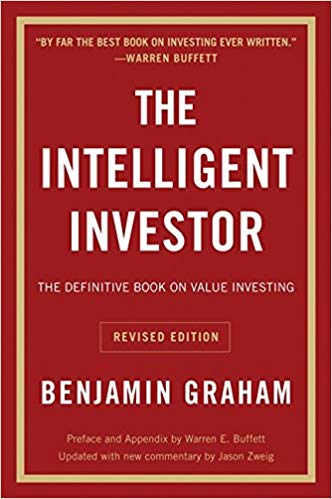 If you read anything at all about investing, pretty soon you will hear about Ben Graham, father of value investing and teacher of Warren Buffett.

Young Warren Buffett got an A+ in Graham’s class at Columbia Business School, and would later work for Graham.  But when he first asked Graham for a job, in fact offered to work for free, Graham (born Grossbaum) wouldn’t hire Buffett.  Why?  The story in Buffett’s own words:

I’d never heard that one before.  It’s in:

Later, Graham would hire Buffett, and he got to wear the signature gray jacket that absorbed ink stains from writing down rows of figures.

I found this book more compelling than I expected.  By the time Buffett was in tenth grade he owned a forty acre farm in Nebraska he’d bought with paper route money.  You can read an interesting interview with author Alice Schroeder here:

Miguel: Give us advice to becoming better communicators.

Alice: Well…this is not anything profound. But you see that he uses very short parables, stories, and analogies. He chooses key words that resonate with people —that will stick in their heads, like Aesop’s fables, and fairytale imagery. He’s good at conjuring up pictures in people’s minds that trigger archetypal thinking. It enables him to very quickly make a point … without having to expend a lot of verbiage.

He’s also conscientious about weaving humor into his material. He’s naturally witty, but he’s aware that humor is enjoyable and disarming if you’re trying to teach something.

Ben Graham by the way ultimately got kinda bored of investing and retired to California where he had a relationship with his late son’s girlfriend.

Eric Guinthier put this on Wikipedia.

was thinking about this as I tried to remember some login or another: there’s no way in Hell all these numbnutses are gonna remember all their blockchain passwords and cryptokeys and what have you.  The panicked runs on cryptocurrencies are gonna be crazy.

Maybe I should start a dump or an ewaste junkyard, eight bucks to throw away your old hard drive, and wait around for some panicked nerd to come screaming that he threw away seventeen million dollars in unharvested Ripple or whatnot.

that picture above is of Yap stone money.  When someone tries to explain the history of money, sooner or later they’ll mention the stone money of Yap, usually avoiding an opinion on whether or not using enormous stone wheels as money is completely ridiculous.

Because these stones are too large to move, buying an item with one simply involves agreeing that the ownership has changed. As long as the transaction is recorded in the oral history, it will now be owned by the person it is passed on to and no physical movement of the stone is required.[citation needed]

(lol at citation needed.  God bless Wikipedia.  You try and write up Yap money in your spare time and someone comes along demanding footnotes).

Beades on Wikipedia took this picture of a rai stone at the Bank of Canada Currency Museum in Ottawa. How much do you think they paid for it?

Another good one drops from Warren Buffett and the Berkshire Hathaway team.

In America, equity investors have the wind at their back.

We’ve learned a great deal here at Helytimes from studying Buffett’s writings.  Here’s a writeup on the 2017 letter and on the 2016 letter and from a book of quotes from his letter.

A highlight from this year, worth noting:

The $65 billion gain is nonetheless real – rest assured of that. But only $36 billion came from Berkshire’s operations. The remaining $29 billion was delivered to us in December when Congress rewrote the U.S. Tax Code.

Did not know about the stake in Pilot Flying J:

How did Warren Buffett get so rich?  Some answers he will tell you.

For the last 53 years, the company has built value by reinvesting its earnings and letting compound interest work its magic.

(Also he just seems to have an intuitive and unusually focused mind for business:

As a teenager, he took odd jobs, from washing cars to delivering newspapers, using his savings to purchase several pinball machines that he placed in local businesses.

Also he did some arbitrage things I don’t understand.)

In this letter, he discusses the result of a bet he made that an unmanaged index fund would beat selected hedge funds over a ten year period:

I made the bet for two reasons: (1) to leverage my outlay of $318,250 into a disproportionately larger sum that – if things turned out as I expected – would be distributed in early 2018 to Girls Inc. of Omaha; and (2) to publicize my conviction that my pick – a virtually cost-free investment in an unmanaged S&P 500 index fund – would, over time, deliver better results than those achieved by most investment professionals, however well-regarded and incentivized those “helpers” may be.

A final lesson from our bet: Stick with big, “easy” decisions and eschew activity. During the ten-year bet, the 200-plus hedge-fund managers that were involved almost certainly made tens of thousands of buy and sell decisions. Most of those managers undoubtedly thought hard about their decisions, each of which they believed would prove advantageous. In the process of investing, they studied 10-Ks, interviewed managements, read trade journals and conferred with Wall Street analysts. 13 Protégé and I, meanwhile, leaning neither on research, insights nor brilliance, made only one investment decision during the ten years. We simply decided to sell our bond investment at a price of more than 100 times earnings (95.7 sale price/.88 yield), those being “earnings” that could not increase during the ensuing five years. We made the sale in order to move our money into a single security – Berkshire – that, in turn, owned a diversified group of solid businesses. Fueled by retained earnings, Berkshire’s growth in value was unlikely to be less than 8% annually, even if we were to experience a so-so economy.

Fewer good jokes this year, in our opinion, but also fewer dire warnings.

It’s now at one trillion dollars.

What do these buildings have in common? 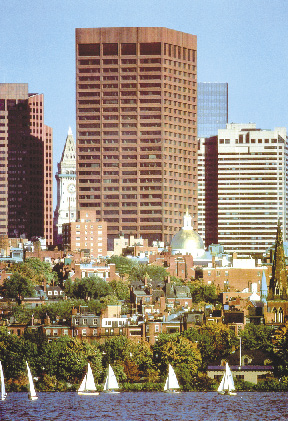 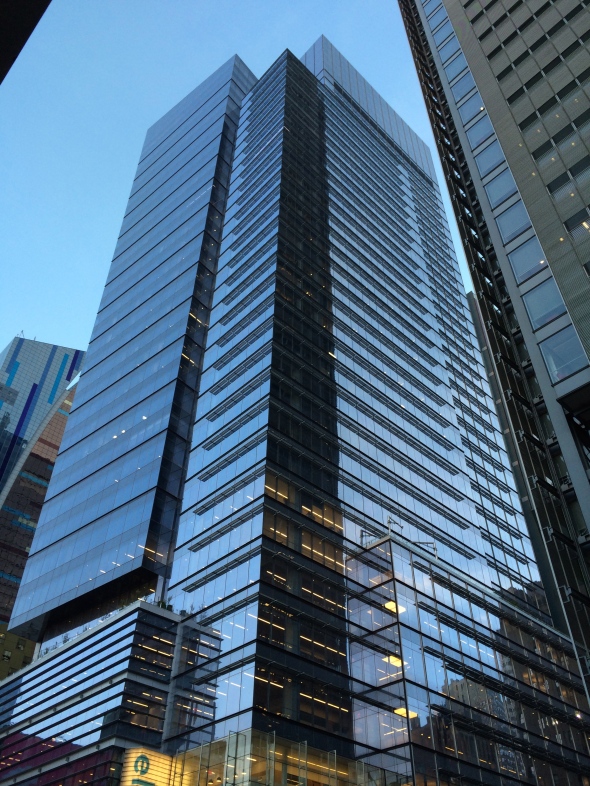 Along with a lot of other buildings in Boston, New York, San Francisco, Paris, London and elsewhere, they’re all 47% or so owned by the Norwegian people, in the form of their nation’s sovereign wealth fund.

They own a lot of other stuff, too.  $21 mill worth of Buffalo Wild Wings, for instance.

In a tiny way, every Norwegian helps Marc Maron, because they own about a million bucks worth of Stamps.com.