← LATTJO alert
Portrait Of The Artist As A Young Man →

Trivia: who is the second-longest tenured baseball announcer?

First place is Vin Scully of the LA Dodgers.

As a Boston transplant who doesn’t care about the Dodgers, it took me a long time to join the Cult of Scully.  The tales of his greatness and my own listens didn’t rank him above Red Sox announcer Sean McDonough, in my opinion. 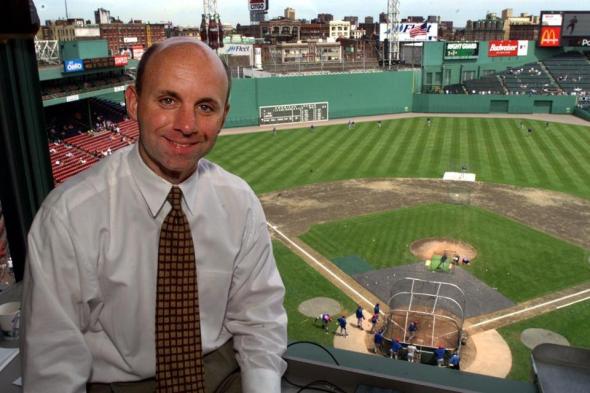 But I’ve come around.  Some milestones on my journey: Karina Longworth citing Vin as an influence (along with Elvira! and two others I forget) in this Longform interview.

Vin Scully has been in the Baseball Hall of Fame since 1982.

Really enjoyed this SB Nation profile of Scully by Cee Angi.  So much goodness:

Scully’s work is researched, but never rehearsed. There are all those index cards, but none of them are filled with grandiose soliloquies; his fear is that such preparation would cheapen the moment and cause him to say something disingenuous. “I never do that,” Scully said in a recent interview on New York’s WFAN radio. Referring to his call of Hank Aaron’s record-breaking 715th home run in 1974. “I really concentrate on the moment… I’m afraid that if I tried to prepare, I’d be so eager to get my marvelous words out onto the air [that] I might do it prematurely and be wrong.”

Check it out at the source, great photos as well.

Anyway, the second-longest tenured MLB announcer is ALSO at the Dodgers!

It is Jaime Jarrín, who’s been doing the Spanish language broadcasts for 54 years.

When the Dodgers moved to Los Angeles in 1958, KWKW, where Jarrin was the news and sports director, picked up the Spanish language rights for the games. The original broadcast team included Rene Cardenas, Miguel Alonso and Rodolfo Hoyos Jr. and they were joined by Jarrin in 1959. For the first six years, they did not travel with the team but would recreate the games on radio while listening to the English-language broadcast in a studio. In 1973, after 14 years with the Dodgers, Jarrín became the club’s number-one Spanish-language broadcaster.