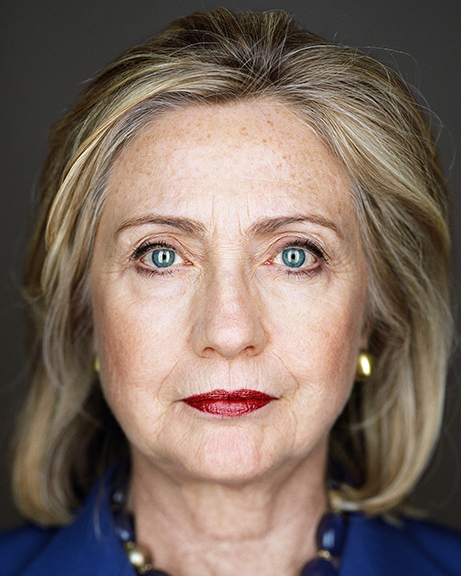 portrait of Hillary by Martin Schoeller

Election coverage can be found here.

Ran into four all-star Americans at the polls: 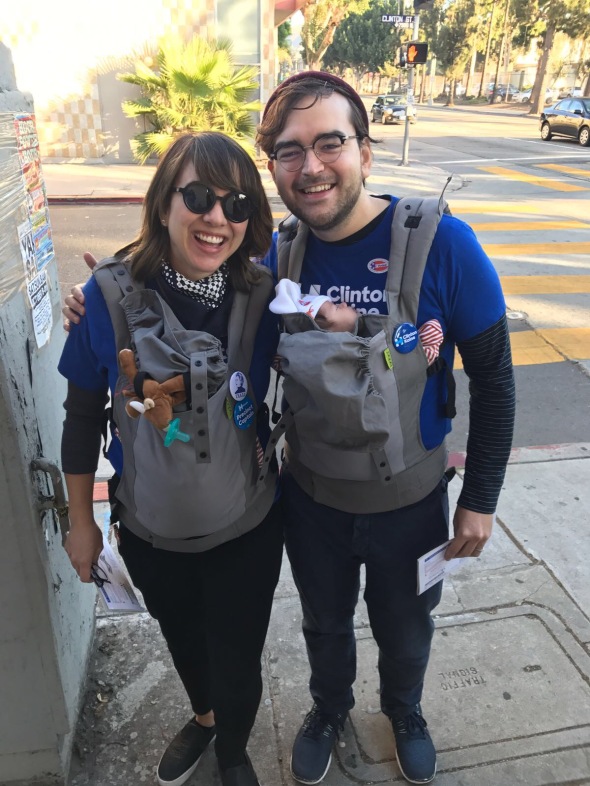 Kevin Drum voting guide if you live in California. (Interesting to note that Mother Jones herself didn’t want women to vote:

Jones was ideologically separated from many of the other female activists of the pre-Nineteenth Amendment days due to her aversion to female suffrage. She was quoted as saying that “you don’t need the vote to raise hell!”[14] Her opposition to women taking an active role in politics was based on her belief that the neglect of motherhood was a primary cause of juvenile delinquency.

Is it ridiculous or cool that a California voter has to make themselves a sheet like this: 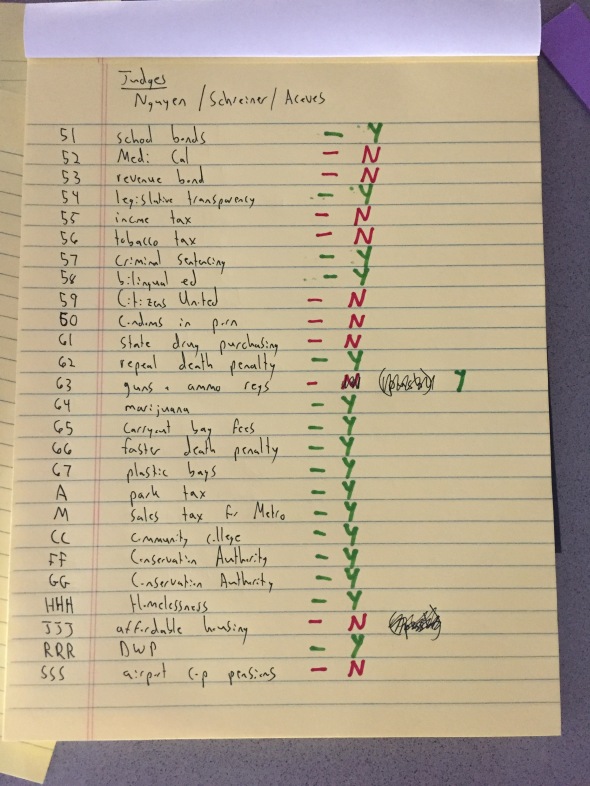 I say: ridiculous! Tempted to vote no on 63 because this seems like a legislative issue, as do many of these.

Would love to hear it if I’m wrong! helphely at gmail or the comments.

If you’re looking for something to read while rechecking Nate Silver, let us suggest: 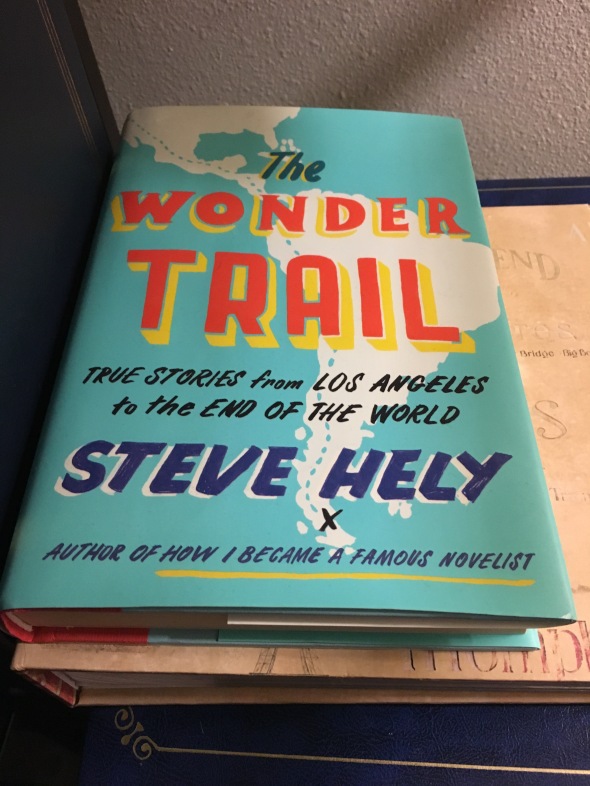