My feeling about this weirdly inflated village in which I had come to make my home (haunted by memories of a boyhood spent in the beautiful mountain parks, the timberline country, of northwestern Colorado), suddenly changed after I had lived in Los Angeles for seven long years of exile. I have never been able to discover any apparent reason for this swift and startling conversion, but I do associate it with a particular occasion.

I had spent an extremely active evening in Hollywood and had been deposited toward morning, by some kind soul, in a room at the Biltmore Hotel. Emerging next day from the hotel into the painfully bright sunlight, I started the rocky pilgrimage through Pershing Square to my office in a state of miserable decrepitude. In front of the hotel newsboys were shouting the headlines of the hour: an awful trunk-murder had just been committed; Aimee Semple McPherson had once again stood the town on its ear by some spectacular caper; a University of Southern California football star had been caught robbing a bank; a love-mart had been discovered in the Los Feliz Hills; a motion-picture producer had just wired the Egyptian government a fancy offer for permission to illuminate the pyramids to advertise a forthcoming production; and, in the intervals between these revelations, there was news about another prophet, fresh from the desert, who had predicted the doom of the city, a prediction for which I was morbidly grateful.

In the center of the park, a little self-conscious of my evening clothes, I stopped to watch a typical Pershing Square divertissement: an aged and frowsy blonde, skirts held high above her knees, cheered by a crowd of grimacing and leering old goats, was singing a gospel hymn as she danced gaily around the fountain.

Then it suddenly occurred to me that, in all the world, there neither was nor would ever be another place like this City of the Angels. Here the American people were erupting, like lava from a volcano; here, indeed, was the place for me – a ringside seat at the circus. 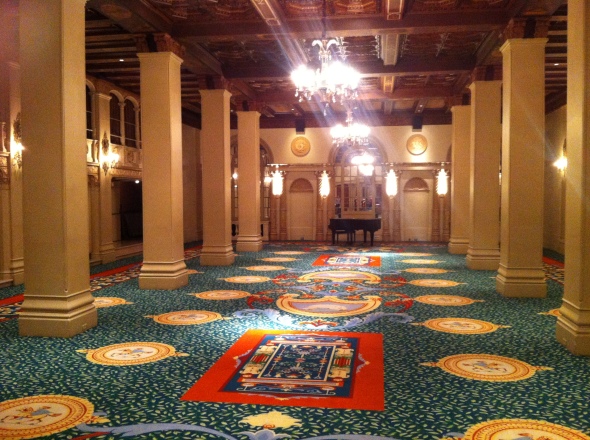