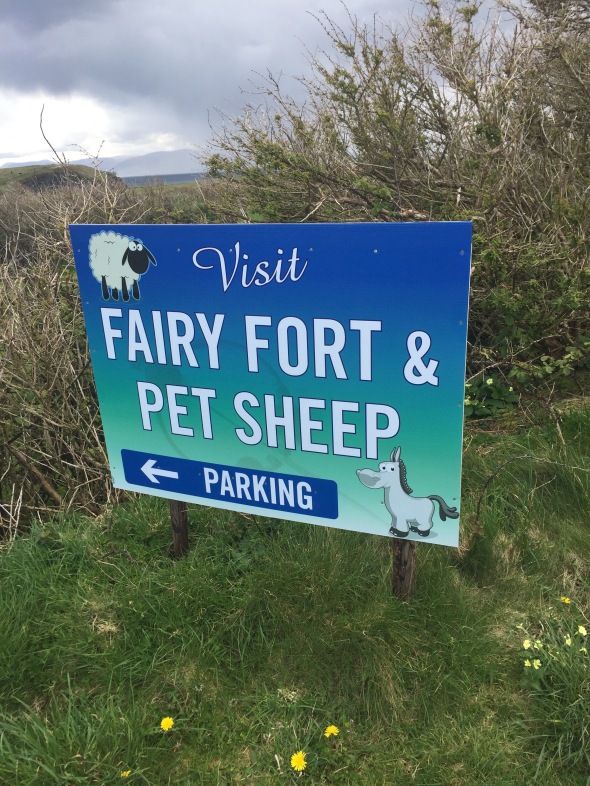 My assistant shows us the height of the walls.

This part of the fort was too well defended to explore.

Note the width of the walls.  This suggests fairies of significant size.  Not inconceivable that these fairies stood as high as five or even six apples.

The inhabitants of the fort wallow in safety. 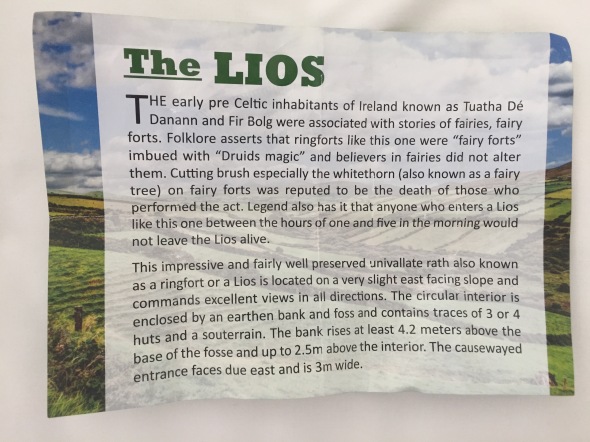 Many forts like this can be found in Ireland, sometimes billed as “Iron Age forts.” When was the Iron Age?

The Iron Age is taken to end, also by convention, with the beginning of the historiographical record. This usually does not represent a clear break in the archaeological record; for the Ancient Near East the establishment of the Achaemenid Empire c. 550 BC (considered historical by virtue of the record by Herodotus) is usually taken as a cut-off date, in Central and Western Europe the Roman conquests of the 1st century BC. The Germanic Iron Age of Scandinavia is taken to end c. AD 800, with the beginning Viking Age.

The distant and mysterious past, in other words.

Insight into the “crazed Wisconsin” period of Irish history. 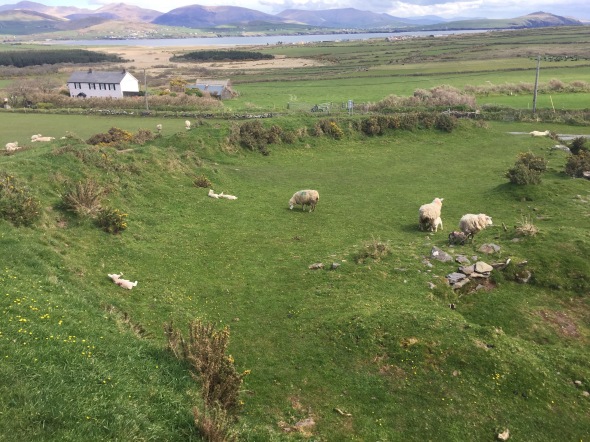