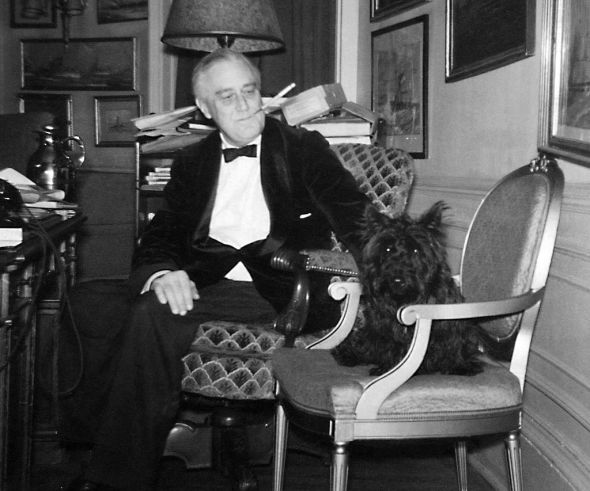 all pics from Wikipedia about Fala and Eleanor

Franklin Roosevelt had a famous dog, a Scottish terrier, named Fala.  I’ve told his story before.  Supposedly Fala got left behind after FDR toured the Aleutian Islands in 1943.  The Republicans accused FDR of sending a Navy destroyer to recover Fala. (Who knows, maybe he did.  And is not loving your dog noble in a president?)

FDR turned the tables on the scandal with this rejoinder:

That was back when you could make a good clean Scottish joke and the nation would love it.

The other day a friend of mine’s mom died.  She was 87.  I’d had maybe eight meals with this woman. 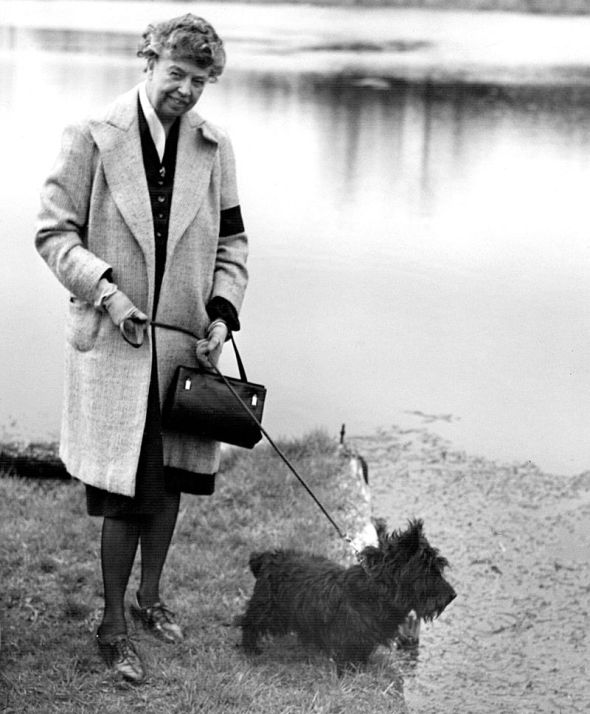 One story she told me was about having lunch at Eleanor Roosevelt’s house.

She was in college at Vassar in the early 1950s, and she knew some niece or something of Mrs. Roosevelt.  Eleanor, then a representative at the UN, asked the niece to round up some young people for a luncheon, so there she went. 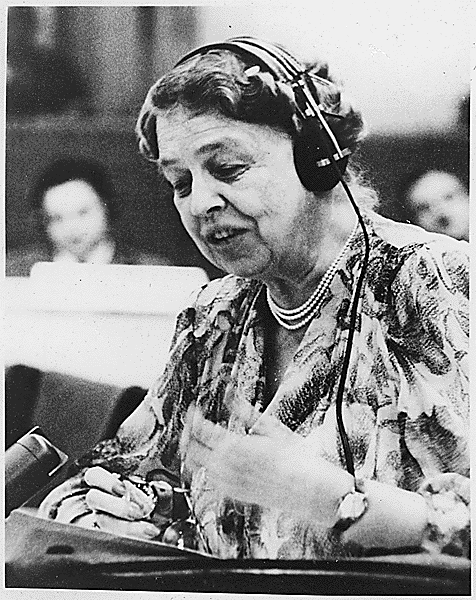 She didn’t have much to say about Eleanor, but in her memory Fala sat on her feet under the table. 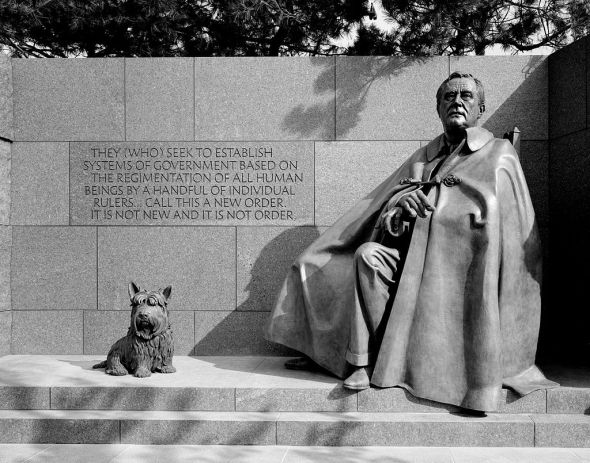 Anyway, I thought I would commemorate the passing, perhaps, from living memory of this historic and noble dog. 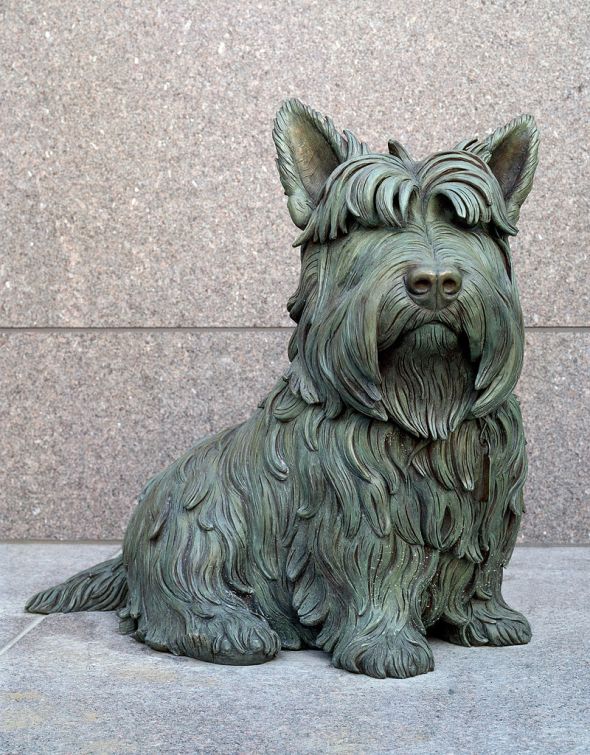 Suffering from deafness and failing health, Fala was euthanized on April 5, 1952, two days before his twelfth birthday.