Healy was born in Boston, Massachusetts. He was the eldest of five children of an Irish captain in the merchant marine. Having been left fatherless at a young age, Healy helped to support his mother. At sixteen years of age he began drawing, and at developed an ambition to be an artist. Jane Stuart, daughter of Gilbert Stuart, aided him, loaning him a Guido’s “Ecce Homo”, which he copied in color and sold to a country priest. Later, she introduced him to Thomas Sully, by whose advice Healy profited, and gratefully repaid Sully in the days of the latter’s adversity.

so far as I know no relation, there are plenty of Healys and Helys from here to Australia.

He’s got a few that have appeared in the White House, like this one, The Peacemakers. 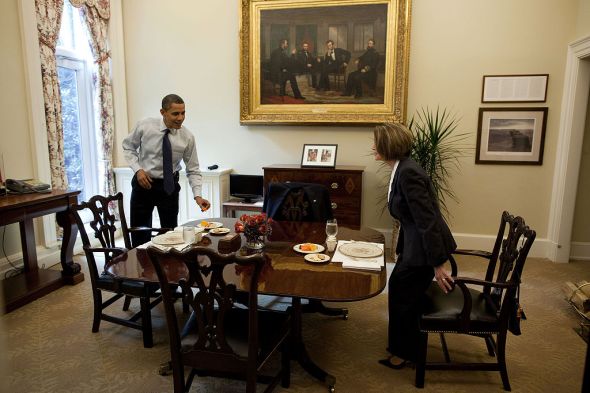