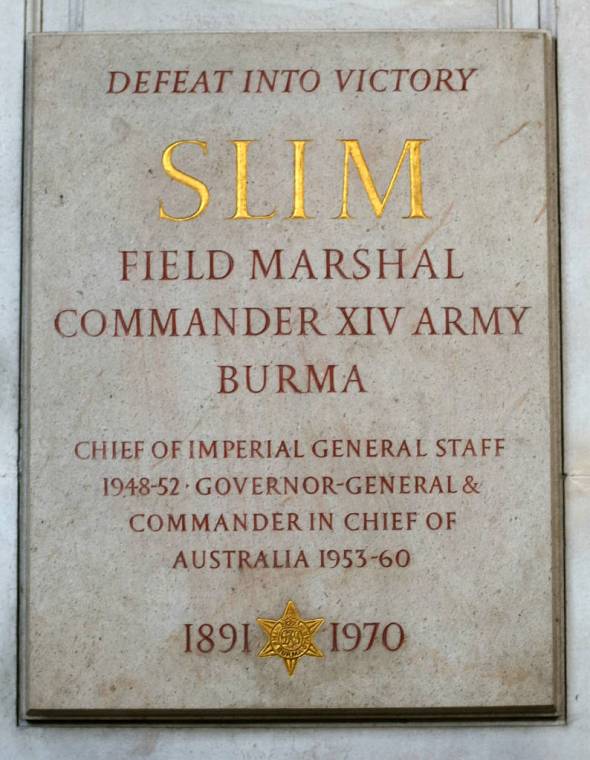 Struck once on a visit to London by the power of the monument to Viscount Slim, at St. Paul’s: 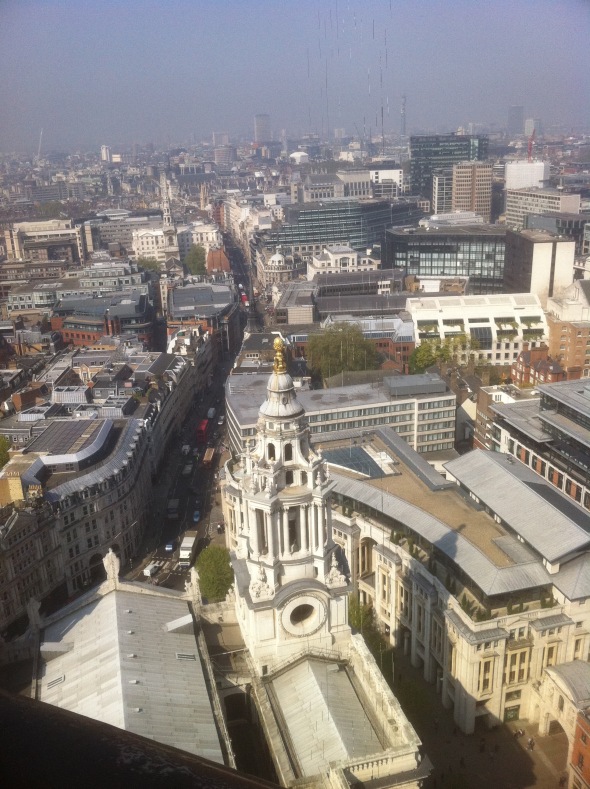 Slim’s book gets a good place on my shelf: 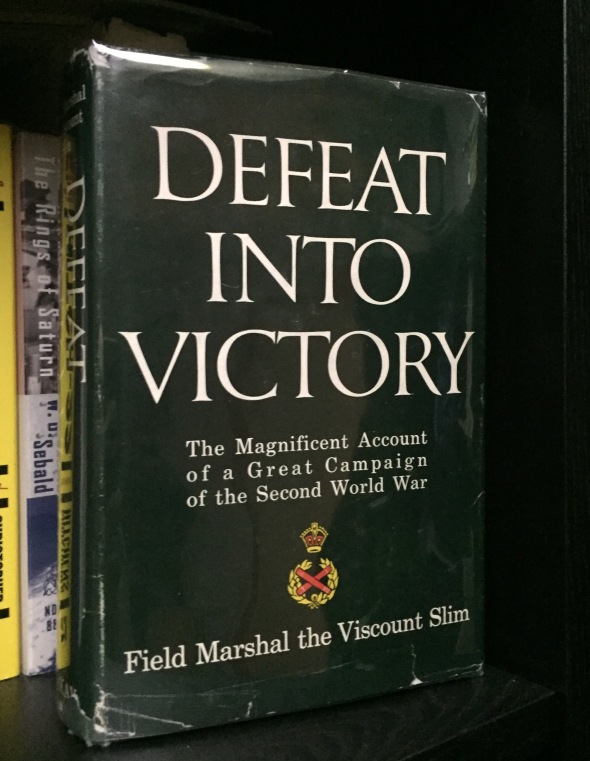 Because I want a daily reminder of his attitude:

But the biggest boost to morale was the burly man who came to talk to the assembled battalion … it was unforgettable. Slim was like that: the only man I’ve ever seen who had a force that came out of him… British soldiers don’t love their commanders much less worship them; Fourteenth Army trusted Slim and thought of him as one of themselves, and perhaps his real secret was that the feeling was mutual.

Let us remember things have been dark before.  When it comes to the pinch human beings are heroic, said Orwell (worth checking out the context).