Eisenhower appears in a dream

Last night in my dream Dwight Eisenhower appeared.  What would he make of all this?  We didn’t have a chance to discuss it.

A golfer.  A university president.  Chosen over other generals to command the Allied Expeditionary Force because of his understanding of and gift for diplomacy.

100% white men around him.  What would’ve been his view on trans bathrooms?

A Republican who invested the government in big projects, like the interstate highway system, and warned against defense spending in his farewell speech, which is thought-provoking:

Yet in holding scientific discovery in respect, as we should, we must also be alert to the equal and opposite danger that public policy could itself become the captive of a scientific-technological elite.

The current president like a clown version of him, a grotesque vision from a nightmare. 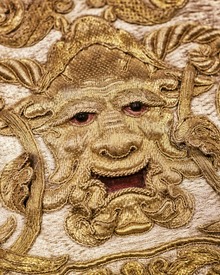 Source: the Wikipedia article on “grotesque”

Eisenhower was from Abilene, Kansas.

First president to ride in a helicopter.