← Will Kempe, Will Shakespeare, and Falstaff
Conan on Hans Gruber → 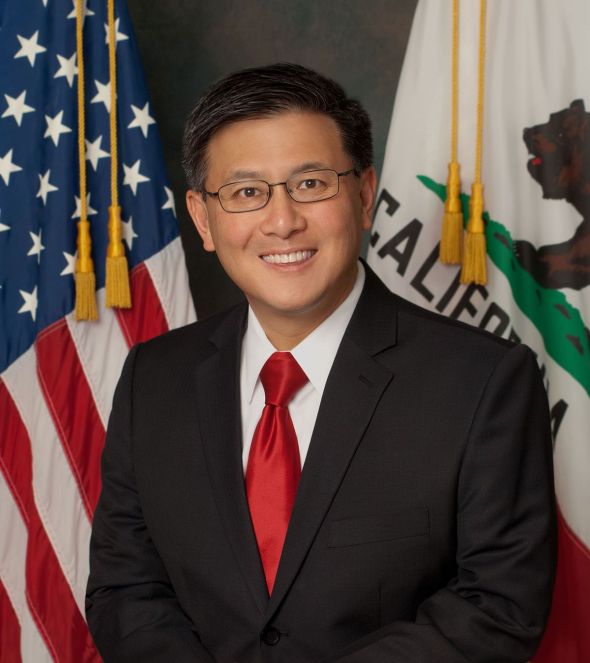 Look, Gavin Newsom and Villaraigosa are both kind of repulsive and uninspiring individuals.  (Savage takedown of Newsom).  Newsom will probably win which sucks.

John Chiang is a nerd who probably won’t win, but far as I can see he’s a man of integrity.  The LA Times main knock on him is that he didn’t suggest easy answers to everything and suggested he might think and reflect before making decisions.

A text from the Newsom campaign cheesed me off:

Texting with a friend about why on Earth LA Times endorsed sorry-ass Villaraigosa:

At the last second, early voting, I went for Dianne Feinstein.  INSANE that we have an 86 year old Senator, I get primarying Lady D, but Kevin De Leon took money from Cadiz, an evil water company out in the desert that’s trying to drink our national preserve’s milkshake.

Dianne’s career has been at least a little heroic. 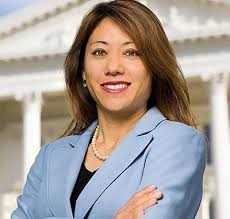 Believe Fiona Ma will join our fine tradition of state treasurers.  Well briefed on this one, plus I’ve followed her on Twitter for awhile and I admire how reasonable and boring she is!

Have we forgotten that boring, calm, careful, honest, reasonable, prudent, balanced, patient, informed, these are qualities we want in our elected officials? 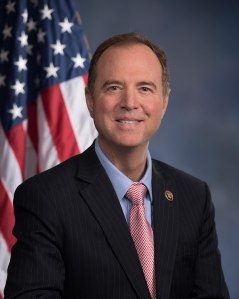 very happy with my own congressman Adam Schiff, who believes in holding the executive branch accountable to the people. Seriously, even if you’re into Trump, ask what he’s done for your district.  The answer, spoiler alert, is nothing or worse.  (Have been happy with Schiff since a chipper and bright and positive young man from his office gave me, a constituent with a request, a tour of the Capitol in 2015.  All politics is local.)

For everything else I’m not well informed enough and deferred to LA Times: 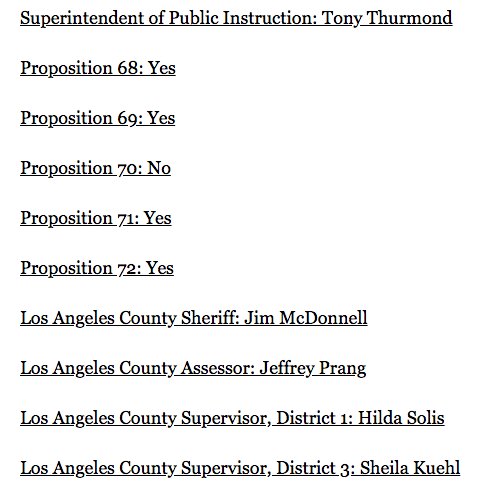 though I kind of think it’s a cool move to vote NO on every ballot initiative as a kind of protest.

Hearing some love for Tony Thurmond for the supervisor of instruction.

Ridiculous that we have to vote for judges.  I hope Governor Chiang moves to make this an appointed office.

Good luck to all the candidates, and I’m open to having my mind changed if you’re knowledgable!

A good citizen and a good man.

UPDATE: if I figure out how I will link to Kara Vallow’s thorough guide.  Here she is on the ballot measures:

Before we start with candidates, here’s a quick list on ballot measures.

68:  YES – $4.1 billion in state bonds for a variety of environmental and climate change needs, drought, flood protection, and coastal protection programs/what government is supposed to do.

69:  YES – Ensures certain new transportation revenues – based on a 2017 Jerry Brown law – be dedicated for transportation uses, rather than being diverted elsewhere when other budgetary needs are looking for pots of money.

70:  NO – Republicans dreamed this horrible bullshit up to be able to dictate cap and trade reserve fund uses post 2024.

71:  YES – The most significant measure on the June ballot. This constitutional amendment states that any law enacted by voters through a proposition only takes effect once the final votes are tallied statewide and the election is certified. Some shenanigans – you may remember – have taken place in the past with too-close-to-call races election night.

72:  YES – This is a drought measure that allows you to put a rain capture system on your house without incurring additional taxes when your home is assessed. Duh.

UPDATE: The comments are already lit with takes!