Will Kempe, Will Shakespeare, and Falstaff

In Shakespeare’s time, there was a comic actor who was more famous than any playwright.  His name was Will Kempe.  His most popular bit was morris dancing from London to Norwich.

In February and March 1600, he undertook what he would later call his “Nine Days Wonder”, in which he morris danced from London to Norwich (a distance of over a hundred miles) in a journey which took him nine days spread over several weeks, often amid cheering crowds. Later that year he published a description of the event to prove to doubters that it was true.

Perhaps Kempe originated the part of Falstaff in Shakespeare’s plays.

Kempe’s whereabouts in the later 1580s are not known, but that his fame as a performer was growing during this period is indicated by Thomas Nashe’s An Almond for a Parrot (1590).

An Almond for a Parrot is a great title.

Perhaps he was the Will Ferrell of his day.

Although he had been a sharer in the plans to construct the Globe Theatre, he appeared in no productions in the new theatre, which was open by mid-1599, and evidence from Shakespeare’s Henry V, in which there is no promised continued role for Falstaff, and Hamlet, containing its famous complaint at improvisational clowning (Act 3, Scene 2), indicates some of the circumstances in which Kempe may have been dropped

The lines in question:

O, reform it altogether! And let those that play your clowns speak no more than is set down for them, for there be of them that will themselves laugh to set on some quantity of barren spectators to laugh too, though in the meantime some necessary question of the play be then to be considered. That’s villainous, and shows a most pitiful ambition in the fool that uses it. Go, make you ready.

Enjoyable to imagine Shakespeare so pissed at Will Kempe hamming it up all the time that he has Hamlet slam him. 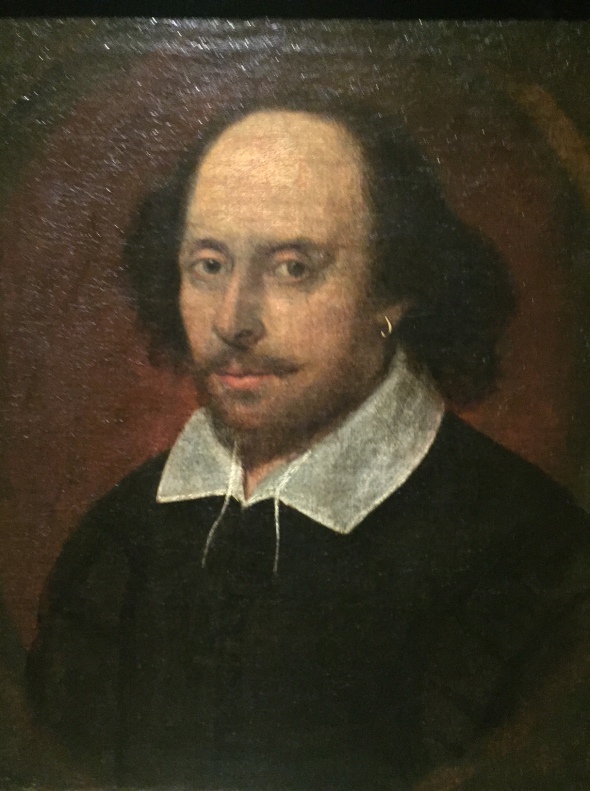 Also enjoy that Shakespeare’s killing himself writing Hamlet while meanwhile this dude is crushing audiences by morris dancing.
from this Radio Times (UK) article by Ben Dowell:

In real life Will Kempe was the Shakespearean clown who was the superstar of his day.

Audiences would flock for miles around to watch the great man perform his Falstaff or famous jig at the Globe theatre after one of the plays by the great darling of the stage – and the age – Will Shakespeare.

And in Upstart Crow, Ben Elton’s BBC2 comedy reimagining of the life of the great poet and dramatist, Kempe is presented as… a cocky C16th Ricky Gervais.

One Comment on “Will Kempe, Will Shakespeare, and Falstaff”