← Puzzle
Inside the La Croix wars: FIZZ vs Glaucus Research →

Nearly Cloudless Scotland, As Seen From the ISS
The International Space Station’s Expedition 48 Commander Jeff Williams tweeted this photo recently with the caption “We had a great view of Scotland today…very rare to not be covered with clouds.”

I’m tryna get that big picture view on things.  How does it all work? 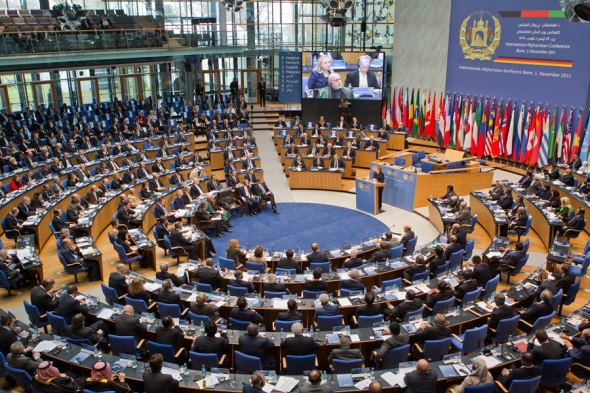 What’s going on in Bonn?

The search for answers led me to this magazine.

What to make a magazine that has ads like this?

As part of my ongoing effort to  become a guy who considers buying barge-mounted power plants, I became a subscriber.

The editor of The Economist is Zanny Minton Beddoes:

The Economist states its mission on the table of contents: 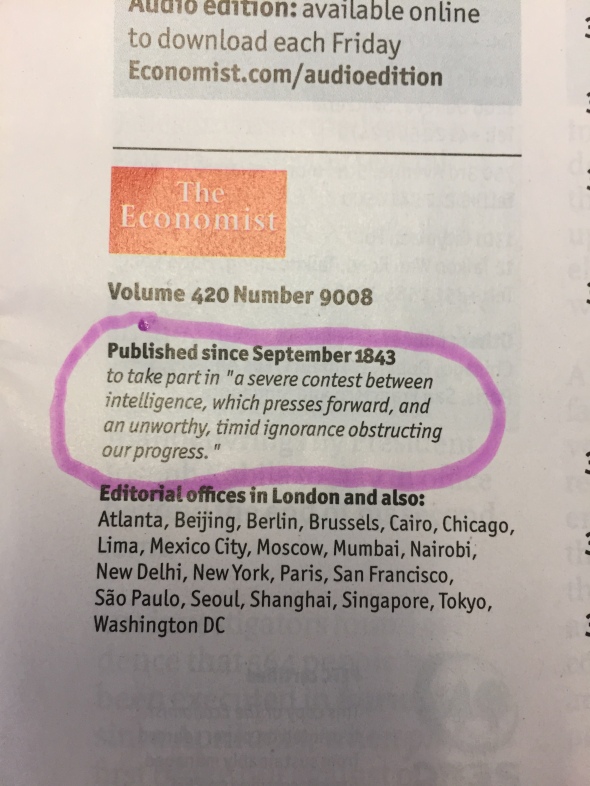 It takes an editorial stance of classical and economic liberalism which is supportive of free trade, globalisation, free immigration and cultural liberalism (such as supporting legal recognition for same-sex marriage or drug liberalization).

To say it takes that stance is to put it mildly.  The Economist believes in free trade and globalisation the way other people believe in gravity.  For example, casual assumption what is “sensible” for Paraguay:

Per Wikipedia again, linking to this 1999 Andrew Sullivan snark attack:

[Andrew Sullivan] also said that The Economist is editorially constrained because so many scribes graduated from the same college at Oxford University, Magdalen College.

Not true!  Zanny Minton Beddoes was in  St. Hilda’s College at Oxford University!

as a weekly compost of world news and economics, it’s very hard to beat–a kind ofReader’s Digest for the overclass. It’s written in the kind of Oxbridge prose that trips felicitously into one ear and out the other, and it subtly flatters some Americans into feeling that they are sitting in on a combination of an English senior common room and a seminar at Davos. Besides, it’s hard to dislike a magazine that can run a photo of the pope meeting with Bill Clinton over the caption: “That’s 1,000 Hail Marys.”

That’s all true.  The subtle flattery is what I’m paying for.  Plus I love a good compost.

Sullivan has harsher criticisms, some of which still seem relevant seventeen years later.  I like his take that The Economist‘s no bylines policy is suspiciously socialist.  He’s criticizing The Economist for not being free markety enough!

The Guardian wrote that “its writers rarely see a political or economic problem that cannot be solved by the trusted three-card trick of privatisation, deregulation and liberalisation”

To which The Economist might respond, “and where are we wrong?”

True to their hero, Adam Smith, The Economist hovers between brilliant and goofy.

Here are some things I’ve learned from reading The Economist in the last three weeks:

How about this take:  reporting on the Russian elections, where only 48% of people bothered to vote on the selected candidates they were allowed to, here’s how The Economist sees the problem:

Mr Putin’s latest victory turns the Duma into more of a sham.  As a result, he risks becoming detached.  In the view of Gleb Pavlovsky, a political analyst and former adviser to Mr Putin, Russia’s leaders are like pilots flying in heavy turbulence with the cockpit dials all painted over.

What a take!  Like: democracy is meaningful mainly as a source of information for dictatorial technomanagers!

Wonder if I would’ve been smarter if instead of classes in college I read this magazine cover to cover every week, as Bill Gates says he does.